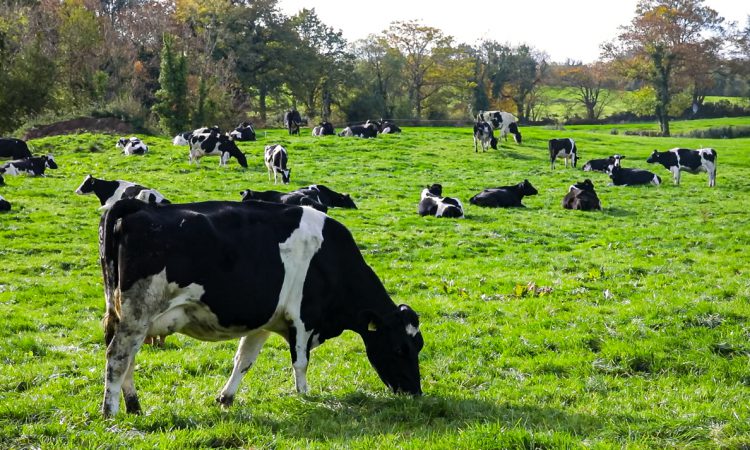 The Environmental Protection Agency (EPA) has responded to the latest Oxford University research on methane emissions from livestock – and has outlined what it could mean for Ireland in terms of tackling agriculture’s carbon footprint.

Over recent months the Irish farming community has been absorbing and discussing information from global experts – including Dr. Frank Mitloehner, professor and air-quality specialist in the Department of Animal Science at the University of California, Davis – on how biogenic (produced by living organisms) methane from livestock “is not the same” as fossil-fuel related methane from oil, gas etc – in terms of its origin and fate.

Earlier this year, professor John Fitzgerald, chairperson of the Climate Change Advisory Council (CCAC), and Dr. Frank O’Mara from Teagasc also both acknowledged that how Ireland treats methane from livestock – from a scientific point of view – is “probably not appropriate“.

As for the aforementioned international authorities on agricultural emissions, they have shed light on a number of crucial factors when it comes to accurately accounting for methane emissions in the carbon cycle, including:

However, these same scientists – including Prof. Myles Allen and Dr. Michelle Cain (both Oxford University) – also stress that where herd sizes increase it means that new additional methane is being added to the atmosphere and therefore new additional global warming.

They affirm that while methane is in the atmosphere it is heat-trapping and a potent greenhouse gas.

With a number of farmers, farm leaders and commentators now drawing on this new scientific evidence and urging that it be applied to Irish agriculture, the EPA has cautioned that there are a number of key caveats when it comes to applying such science to the Irish scenario.

Responding to the matter, Dr. Eimear Cotter, director of the EPA’s Office of Environmental Sustainability, outlined that the EPA compiles greenhouse gas figures for Ireland, including for agriculture, according to standards and guidelines that are agreed internationally.

From there, Ireland’s figures are submitted on an annual basis to the European Union (EU) and the United Nations (UN) where they are reviewed.

To date, Dr. Cotter says the figures for Ireland have been found to be “transparent, consistent, comparable, complete and accurate”.

On those circulating questions regarding the methodology used to calculate methane emissions from cattle and circulating commentary regarding the use of an alternative approach based on the research from Oxford University, Dr. Cotter outlines that there are specific nuances between applying this approach to the UK and applying it to Ireland.

“Applying this alternative approach in the UK, for example, indicates a significant impact because there has been a reduction in the national herd and declining emissions over many years.

In Ireland, however, the context is quite different with agriculture emissions increasing and showing an average 2% growth rate every year since 2012.

“EPA analysis indicates that should alternative accounting for short-lived methane be adopted, as set out in this research, Ireland will have to at least stabilise the national herd to see any benefit.

The EPA representative also acknowledged that land-use activities – for example, forests and grassland – can remove CO2 (carbon dioxide) from the atmosphere.

But, conversely, it was added that “they can also be a source of CO2 emissions depending on how they are managed”.

While, as mentioned above, the EPA’s estimates and reports on Irish agriculture’s greenhouse gas emissions and removals from these activities are submitted to the EU and UN on an annual basis, the EPA also confirmed that changes are afoot when it comes to accounting for carbon sinks.

“Carbon sinks [CO2 removals] are not allowed to be used towards compliance calculations for 2020 EU targets.

This will change in relation to the 2030 EU target which will allow for the use of land-based credits to be included and the EPA will report on these accordingly.

However, in relation to grasslands, Dr. Cotter states that “current EPA figures show that grasslands are actually net emitters of CO2 with drainage of grasslands on peaty soils offsetting the removal or sequestration of CO2 on mineral soils”.

“Where emissions from these activities were higher in 1990 compared with more recent years, the decrease is recorded as a net removal of CO2,” Dr. Cotter said.

For the EPA, it is clear that the EU and internationally agreed rules ultimately determine how emissions are accounted.

“The latest science and research, such as that from Oxford University, is continually assessed and incorporated into these rules, as appropriate.

“However, any changes to national reporting of emissions must not replace genuine action.

“All sectors, including agriculture, will need to reduce emissions if Ireland is to achieve decarbonisation ambitions for 2030 and 2050,” the statement concludes. 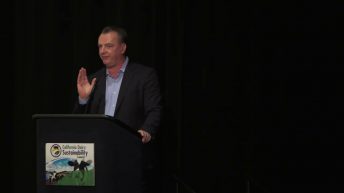