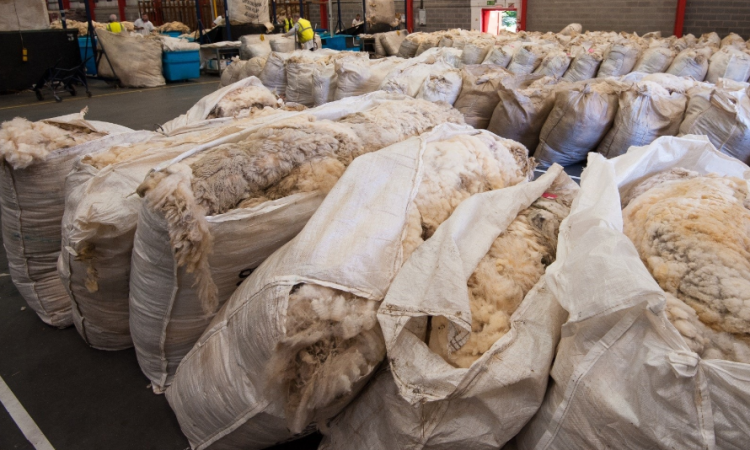 The end of May, heading into June, tends to be when the sheep shearing season takes full flight.

The fine weather over the past few weeks has seen the shearing season, compared to previous years, kick off a small bit earlier for some shearers across the country.

However, as reported a couple of weeks ago, the outlook for wool prices doesn’t look like it’s going to improve or even come close to the 50c/kg that was being quoted last year.

Also Read: Farmers facing the possibility of having to subsidise all shearing costs

Wool merchants say that they still aren’t in a position to deduce what they will be able to offer for wool; however, they did mention that prices of between 10c/kg and 20c/kg are looking like a possibility.

To find out about the state of the wool market currently, AgriLand spoke with Vincent Pierce of Laurence Pierce Wool Merchants.

Vincent spoke about the Bradford wool sales, which are a “key indicator” of what Irish farmers can expect to get for their wool.

He said: “We are waiting until after the Bradford sale next Tuesday, which should be able to help us determine what price we will be able to give for wool.

“The sale – in Bradford – is expected to be back again [in terms of price], so the rot hasn’t stopped as of yet. Wool prices have been dropping gradually over the last few weeks.

We don’t know at the minute. Lowland wool is going to back quite a bit, but I don’t know what we are going to be able to do with hill-type wool.

“Connemara scotch wool is usually worth 30c less than good-quality lowland wool. So, if the lowland wool is valued at 15-20c/kg, then what is the hill-type wool going to be valued at?

“I have never seen a year like it before, to be honest.”

AgriLand also spoke with Kevin Dooley of Dooley Wool Merchants to get his take on the wool price situation.

He explained: “Nothing has changed over the last few weeks. We are still in the dark I suppose in terms of what price we will be able to give farmers for wool.

There was a sale on in Bradford last week and prices were back a bit again. It will probably be next week before we will able to give a definite quote.

“We still have to wait for everything to open up again. I don’t know yet, but you could see lowland wool being valued at between 10c/kg and 20c/kg.”

During the week, AgriLand spoke with sheep farmer Patrick Moylett who said that “it’s very disappointing” the way wool prices have deteriorated over the last few years.

It’s nearly worthless at this stage. The fact that I am able to shear my own flock saves me money, but if I was to put a value on my time and the value of the wool, I would still be at a loss.

“My brother and I shear both our flocks together over a 10-12 day period. It’s a lot of work to be getting nothing back in return.

“We put a lot of time and effort into both shearing and packing the wool, but it is becoming tougher to put that extra effort in with the way prices have declined over the last few years.” 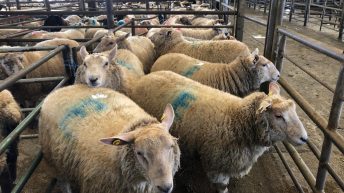