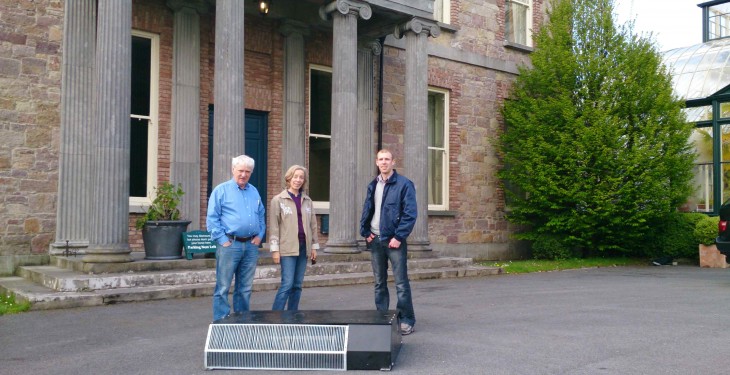 The Five Minute Interview: As you read this, you could be sitting near a free, environmentally friendly power source with enough energy for a whole household or to put a dent in your farming energy costs. There are an estimated 6,000 potential hydro sites with people in close proximity, but Irish company Ár-nuaTec claims the number could be much higher.

“Our turbine will run with a zero head,” said Ár-nuaTec co-founder Anthony Glynn. “That means it doesn’t need a ‘head’, or a point on the slope of the river to work. We just work on velocity. We mainly work in streams and small rivers. Because of the amount of tributaries, our estimate could be 9-10,000 potential sites.”

How long has Ár-nuaTec been around?
“We’ve been working on the turbines for two years and it’s been in full-time testing since May. It’s available to the public, but we’re waiting to confirm the outputs – by which I mean we’re trying to verify that it generates the electricity we’re claiming. We’re waiting on third-party verification from Tipperary Energy Agency,” explained Glynn.

How does it work?
“The product is a hydro turbine which is designed to avoid planning and environmental issues. You lower the turbine to the river and it generates electricity.

Do you own have to own the land the river or stream is on?
“Yes.”

Who are your typical customers?
“The owner of the test site is looking to buy four units after September this year. A local community project is looking to purchase as well. There’s also interest from large households, and a network development company is hoping to bring it to Asia.”

How much energy would it generate? “It depends on the speed of the river, but it can generate more than your household bill (5300kw).”

How has business been this year?
“We haven’t gone out selling yet. We’re finalising development, but we’ve had a lot of interest. “

Does weather affect the energy?
“Not really. If there’s heavy rain the river will flood and generate more. Even in a drought, the rivers don’t dry too much so it never really affects us.”

​The vision for Ár-nuaTec, based in the Dublin Innovation Docklands Hub, is to become recognised internationally for manufacturing high-quality, innovative and cost effective alternative energy solutions.