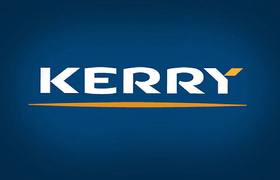 Any opportunities in Kerry Group key growth market of China from a contamination scare would only be temporary, the agri-business giant noted this morning as it announced a 12 per cent increase in earnings for the first half of the year this morning.

Ireland is currently courting foreign buyers of its baby milk products and Kerry Group is one of the largest global ingredients and flavours players in emerging markets.

The company saw a possible uplift from the contamination scare but said it wasn’t something it needed to count on.

“I don’t think that we need to see those kind of issues to generate opportunities for us,” Chief Financial Officer Brian Mehigan told Reuters News Service in a telephone interview this morning.

China’s overseas quest for infant formula, the result of a deep distrust of domestic supply dating back to a contamination scandal in 2008, has been embraced by Ireland as an outlet for the extra milk it plans to produce when the EU scraps a 30-year-old quota on output in 2015.