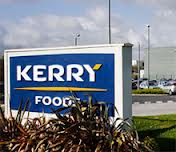 Kerry Group  the global ingredients and flavours and consumer foods group, has reported a solid financial performance for the half year ended 30 June 2013.

Commenting on the results out this morning Kerry Group Chief Executive Stan McCarthy said: “The group achieved a strong financial performance in the first half of 2013 and continued to invest in enhancing the quality of our businesses. Adjusted earnings per share in the period increased by 11.7 per cent to 108.9 cent. Our global ingredients & flavours technologies and core consumer foods businesses are performing well. We remain confident of achieving our growth targets for the full year and delivering 7 per cent to 11 per cent growth in adjusted earnings per share to a range of 250 to 260 cent per share.”

Adjusted profit before tax, brand related intangible asset amortisation and non-trading items increased by 10.2 per cent to €225.2m. The income statement charge arising from investment in the EMEA Global Technology & Innovation Centre, integration of acquisitions, restructuring / reorganisation costs and loss on disposal of non-current assets/businesses amounted to €66.1m (net of tax) resulting in a net cash outflow of €12.3m after tax.