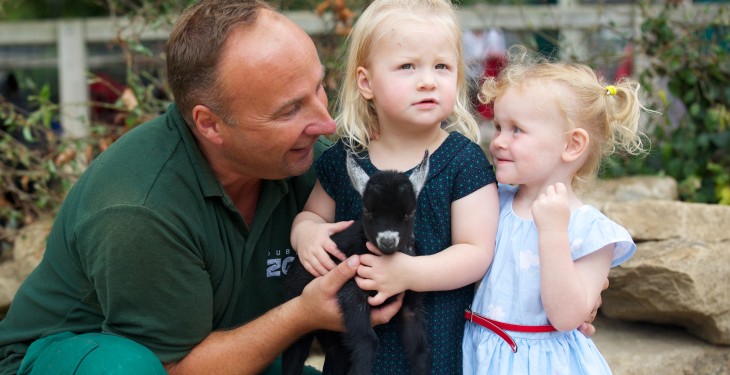 Agri Aware Day at the Family Farm in Dublin Zoo last Sunday provided an opportunity for visitors of all ages, from towns, cities and the countryside, to get a real feel for the importance of Irish farming in delivering sustainable, quality and traceable food that is affordable to the consumer.

Attended by leading industry representatives that support Agri Aware’s work, the day featured a host of demonstrations and information on Irish agriculture and food production for visitors of all ages.  Visitors were able to sample quality Irish dairy, fruit and vegetable produce.  The recently launched Agri Aware Farm and Countryside Safety initiative was featured and children and parents participated in a workshop on staying safe on farms and in the countryside.

Agri Aware’s CAP Agri Ambassador took visitors on tours of the farm and explained the benefits of the EU Common Agricultural Policy (CAP) in delivering safe and quality food for consumers, in addition to its key role in underpinning a vibrant agri-food sector that supports the economy, job creation and exports.

Agri Aware appointed two CAP Agri Ambassadors as part of its comprehensive CAP information campaign, which is co-financed by the European Union Directorate General for Agriculture and Rural Development and supported by Agri Aware’s patrons, the Irish Farmers Association and FBD.  The multi-faceted campaign will run until early 2014, with the National Ploughing Championships being the next venue to communicate CAP to the public in September.

Agri Aware Chairman, Bernard Donohue said the high-profile event enabled Agri Aware to showcase modern farming and food production to a large audience in a practical setting. Commenting on the event, he stated: “In what was a fantastic event, Agri Aware Day highlighted the hard work being done by Agri Aware in communicating the importance of the Irish agri-food industry and the role it plays in delivering sustainable, quality and traceable food to the Irish public.

“It’s imperative that we educate the next generation on important issues such as food production and farm safety, and where better to showcase this than Family Farm in Dublin Zoo.”

More information on The Family Farm is available here and Agri Aware here.

Agri Aware, the Irish farming and agri-food educational body, is a charitable trust whose aim is to improve the image and understanding of agriculture, farming and the agri-food industry. Agri Aware delivers high-impact interactive educational and consumer awareness initiatives for primary, second and third-level students and the general public.