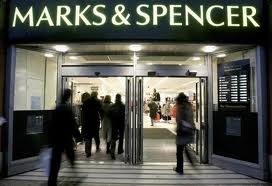 Marks & Spencer is to cut 180 redundancies with the closure of four stores across Ireland, it was announced this morning.  The stores that will close are M&S Mullingar, Co Westmeath; M&S Tallaght, Dublin 24; M&S Simply Food Dun Laoghaire, Co Dublin and M&S Simply Food Naas, Co Kildare.

A new flagship M&S store is proposed for Limerick. Heads of terms have been agreed and, subject to completion of contracts, the store is proposed to open in 2016, creating 250 new jobs, it said in a statement to AgriLand this morning.

Over the next year the remaining M&S store portfolio will be invested in, including a repositioning of the Grafton Street store as an M&S regional centre, it added.

Jonathan Glenister, Head of M&S Ireland said: “M&S remains fully committed to its Irish business. We have traded here for the past 35 years, employ around 2,800 people and have extraordinarily loyal Irish customers, but the past few years have been very challenging. During this time our Republic of Ireland business has been under continuous review and we have made savings and found efficiencies wherever possible.

“However, the retail sector outlook has not improved and we have to act now to protect the long term good of the company. We have carried out a strategic store review and it is with regret that we are now closing four unprofitable stores.

“Our first duty is to our affected store teams and we have spoken to them directly today.  We will now do all that we can to help them through the coming weeks and support them with their future employment needs. We are now closely engaging with our Union Officials from Mandate and SIPTU on all matters arising.

“Despite taking this difficult business decision, we are very proud of our Irish business and will continue to invest in it for the future. We hope that the news of a new flagship store for Limerick and an investment in our remaining estate will be welcomed by our customers and seen as a confirmation of our commitment to the Republic of Ireland.”

Three M&S stories set for closure all opened in 2007 and M&S Simply Food Dun Laoghaire, Co Dublin, which opened in 2003.  In total these stores employ 180 people. The stores did not open today, as communication with the affected employees commenced this morning. The stores will be closed for the remainder of the day and it is intended that the stores will re-open tomorrow and trade until 17 August.

The new M&S proposed for Limerick will be a 72,000 sq ft flagship store that will anchor the proposed new Horizon Mall (formerly Parkway Valley) that is subject to planning permission. Heads of terms have been agreed and subject to completion the much demanded store will open in autumn 2016, creating 250 new jobs for the area, the company stressed.