Machinery sales and distributors Farmhand held an open day Krone silage demonstration at the weekend on the farm of D & L Lally in Kilmessan, Co Meath.

Among the products featured were the Krone Big X 1100 picking from 50ft swath and the Krone MX 350 wagon.

“The big the Krone Big X 1100 machine is the most powerful harvester around.  I have been demonstrating it for the last 10 days and the output really is awesome,” said Cormac Megaw of Krone distributors, Farmhand Ltd.

“Picking out of a 60ft swath of grass the 1100 has no problem doing12mph and can fill a 16 ton trailer in a little over a minute,” Megaw claimed.  According to Farmhand, it’s not just about the power. “The Krone has three advantages over other harvesters – a cam-less pickup that works 30 per cent faster than any other, six instead of four feed rollers and the patented VariStream crop flow system.” 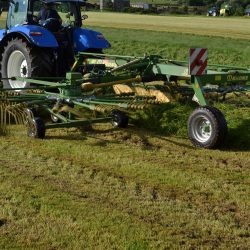 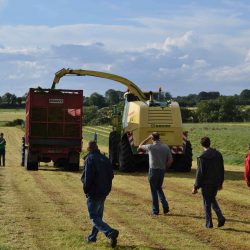 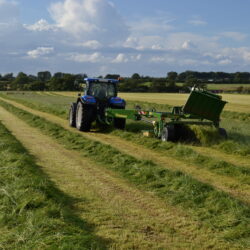 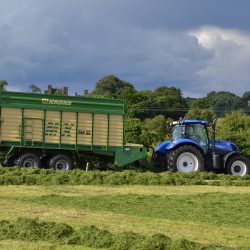