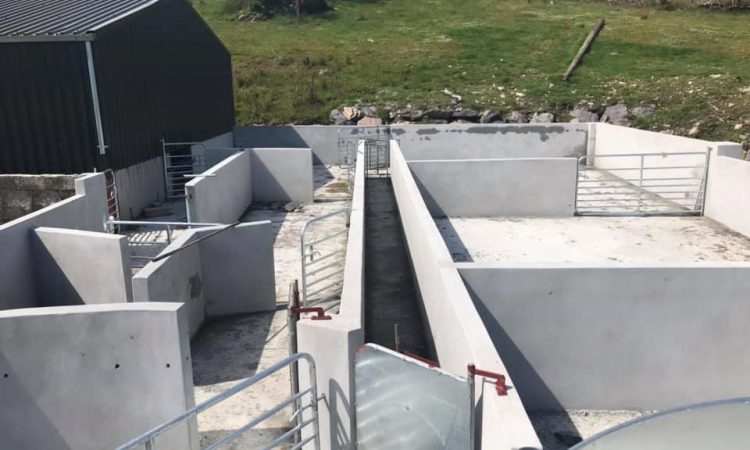 The duo have been in partnership since 2015. They run a flock of 750 ewes along with 25 suckler cows.

Like so many other farmers across Ireland, the Egans decided it was time to upgrade some of the facilities on their farm.

One such facility was the handling unit on the farm. The original handling facility, that John built back in the 1980s, was beginning to ‘show its age’.

Speaking to AgriLand, John said: “The old handling unit we had was past its sell-by-date. We had gotten great use out of it over the years but it had to come to a stage where we had to look at upgrading it.

“The old unit was there for the guts of 30 years so I can’t complain; hopefully, the new one will be there for as long as the old one was.” 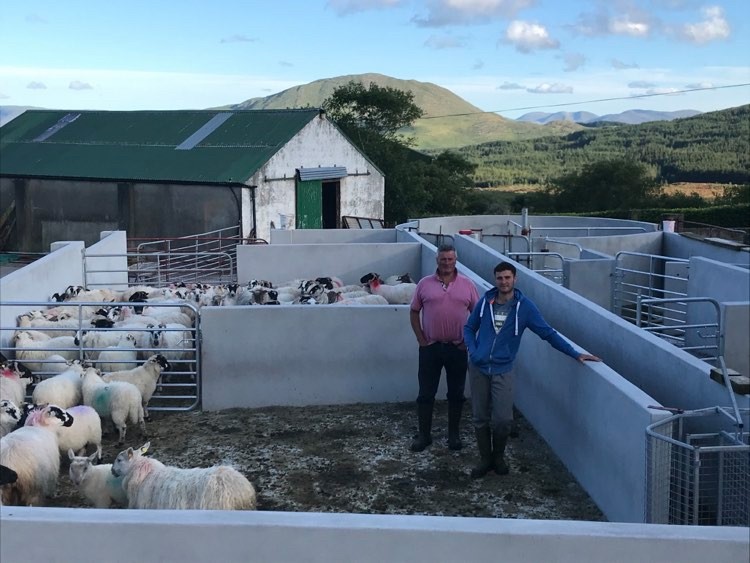 In total, the new unit took 18 months to complete, with all of the work being carried out by local contractors in the area.

The new handling facility was built on the same site as the old unit. The first job 18 months ago was to level the old facility and build from there.

The idea behind the new handling unit was to link it up to the existing housing facility, so that the Egans could run their sheep from the shed into the new yard and back around into the shed again. 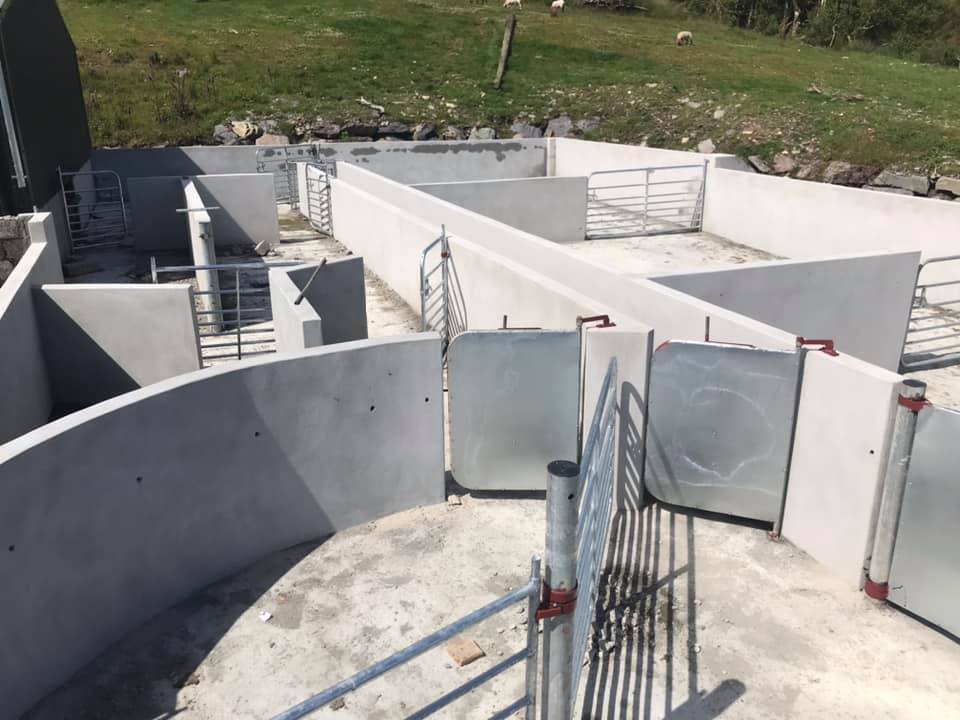 John added: “We wanted to build a handling unit that would allow us to work as efficiently as possible.

“Before, with the old yard, the walls were very low and the gates were falling apart and it was becoming a bit of a nightmare to do any jobs in it.

“We had lambs jumping over the walls because they were that low, while the gates were that ragged that the lambs were going through them; it just was a disaster.

Now with the new unit, the walls are six blocks high, so it will take an almighty leap from a lamb to jump over it.

“We have only made use of it really over the last few weeks. We weaned some of the lambs and sheared the ewes and we have to say, it is a joy to work in.

“Once we have the sheep in, I can go off and let Jonathan shear the ewes, for example, without having to stay there and help him move them around like I would have had to do in the old yard.

“The yard is broken up into several different components, so it makes life very easy if we want to separate any sheep, such as at weaning time.” 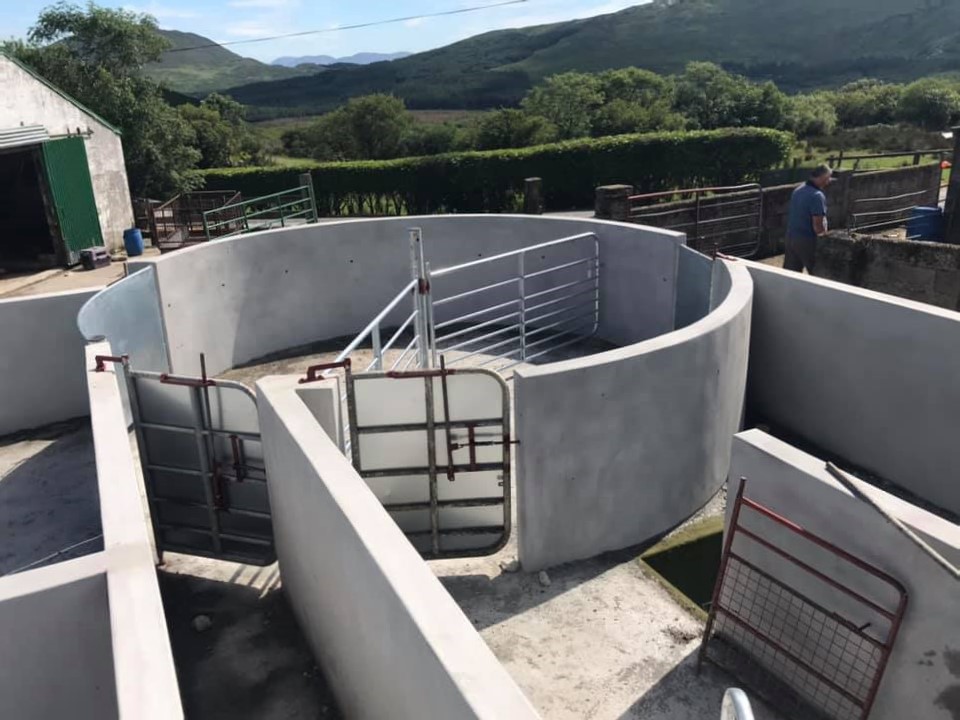 The new unit contains a dipping tank, a 50ft-long crush, a drafting gate and 10 pens of varying sizes. The duo opted against putting in mass concrete walls. Instead, they purchased cavity blocks locally and made the walls six blocks high.

Once the blocks were laid, a plasterer came in and plastered the walls, which has added a ‘lovely finish to the yard’, according to John.

The father-and-son team decided to install a manual drafting gate, which John says has been a ‘huge success’.

He noted: “We installed a drafting gate at the front of the crush and I have to say it was well worth the extra few pound.

“For instance, when we were weaning the lambs, I ran the sheep up the crush and Jonathan stood at the front of the shute and directed the lambs, using the drafting gate, into whatever pen we wanted to put them in.

“Again, as I said previously, we wanted to be able to jobs quickly and efficiently and take the stress out of it for both the man and the sheep and, thankfully, we have done that.” 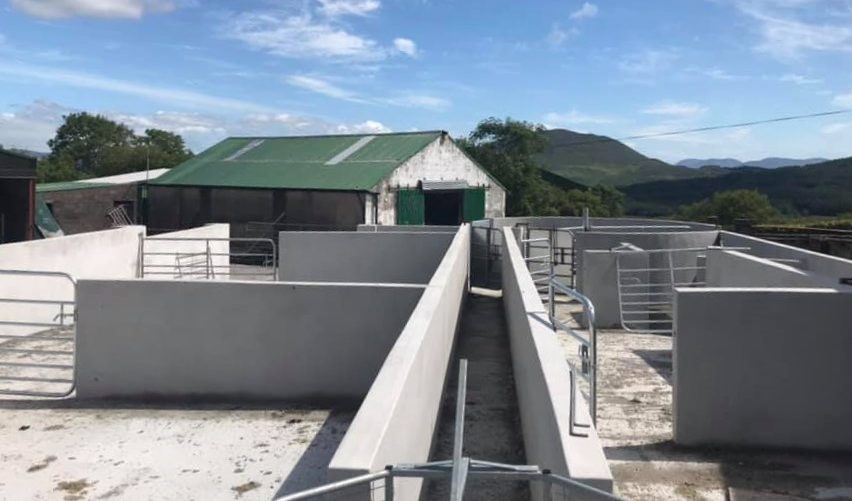 The father-and-son team opted against applying for a grant for the new unit.

John added: “We thought about applying for the grant but after some careful consideration we said that we would be better off not going for one.

“If we were to go down the route of applying for the grant and doing everything you need to do in terms of paperwork and meeting certain requirements with regard to the spec of the unit, we would have had to spend a further €3,500.

So, we saved a lot of money and still have a very high-spec unit to show for it, so we couldn’t be happier with how it turned out in the end.

“In total, the cost of installing the new facility from start to finish was €15,500.” 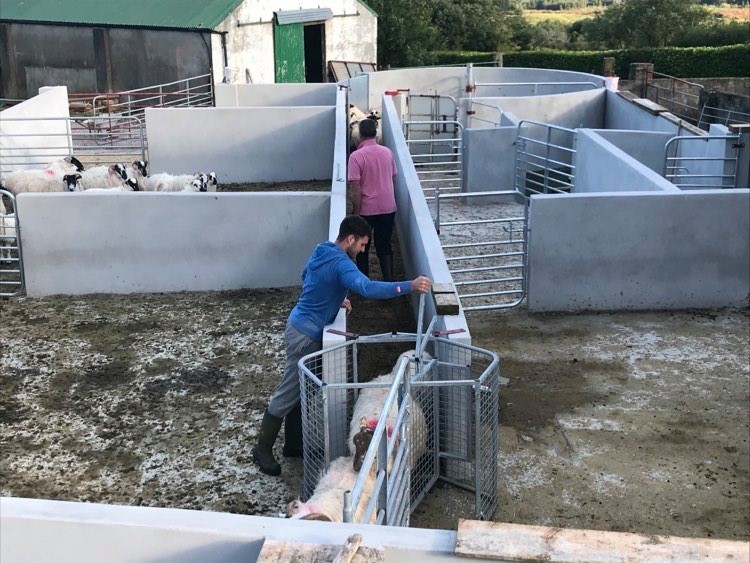 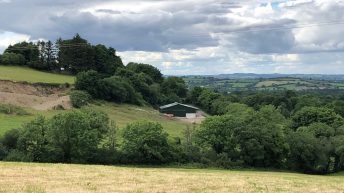 Buildings Focus: Laying the foundations to go down the route of sucklers