The three presidential candidates – John Coughlan, Tim Cullinan and Angus Woods – all put forward their pitches on why they believe they should be the next IFA president.

Candidates were asked a number of questions from the floor on their position on issues such as the Beef Exceptional Aid Measure (BEAM), CAP, climate change and derogation.

One speaker from the floor made the point that whichever candidate becomes president “will be at a crossroads in the IFA”.

The next president is either going to make or break the IFA.

“Farmers need the right to protest and negotiate a price for their produce,” the speaker outlined. 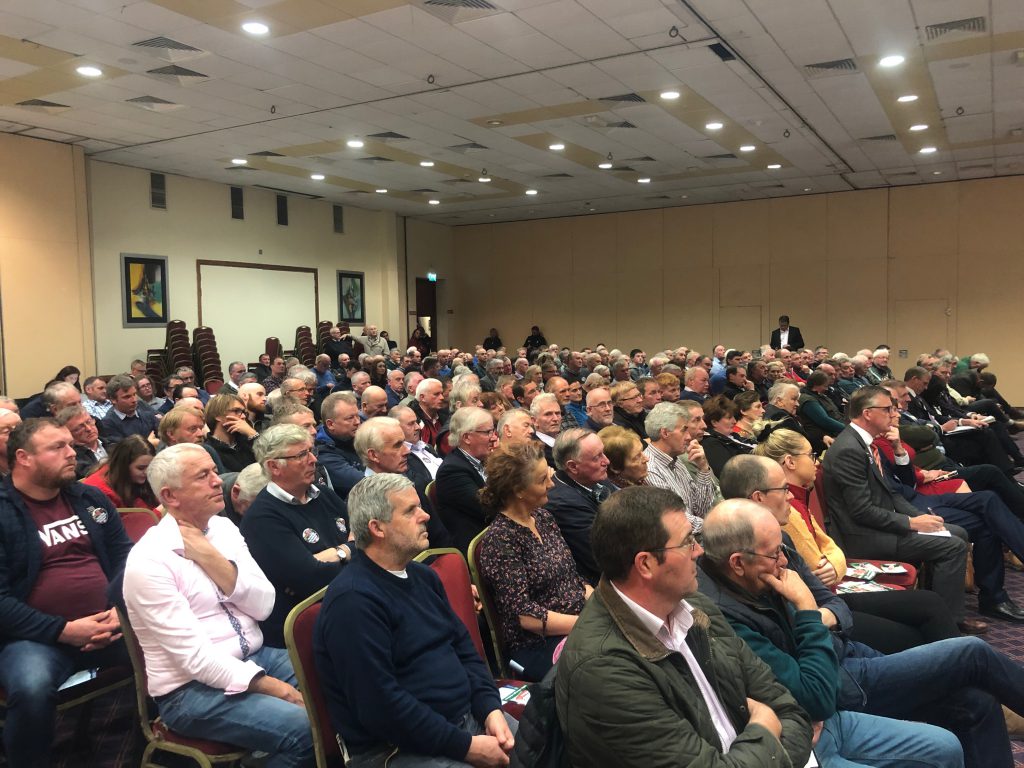 One topic of interest on the night was the presidential candidates’ views on designated lands.

John Coughlan outlined that any designation on any land has “got to be compensated for”.

He added: “Designations are put in place to protect the good of everybody, not just the farmer.”

Angus Woods took a similar view to Coughlan and outlined that compensation as the main issue.

Commenting on designated lands, he outlined: “We can’t have designation without compensation.”

However, Cullinan took a different approach and noted that designated lands “need to be freed up” so farmers who own the land have the option of planting trees on it.

He added: “There’s no point in planting good farmland when we have designated land lying fallow at the moment and nothing can be done with it.”

The event drew to a close at approximately 11:45pm and the candidates will all be attending the Kerry debate in the Rose Hotel, Tralee, tomorrow, Tuesday, October 22.

IFA election debates to get underway in Limerick tonight