The Irish Farmers’ Association (IFA) has doubled the length of its blockade at the ‘goods in’ depot at Dunnes Stores in Cornelscourt in Dublin from a 12-hour to a 24-hour demonstration.

This will mean the protest will now continue outside the retailer’s depot until 12:00pm tomorrow, Thursday, December 12.

With fresh farmers arriving this evening, a number of IFA members are to attend the protest as the night continues, according to the association, while there have been no difficulties with Dunnes Stores staff.

Speaking at the blockade earlier today, IFA president Joe Healy said: “Dunnes Stores has no problem in discounting its beef by 40%. Worse, Dunnes thinks it’s not a problem for farmers. 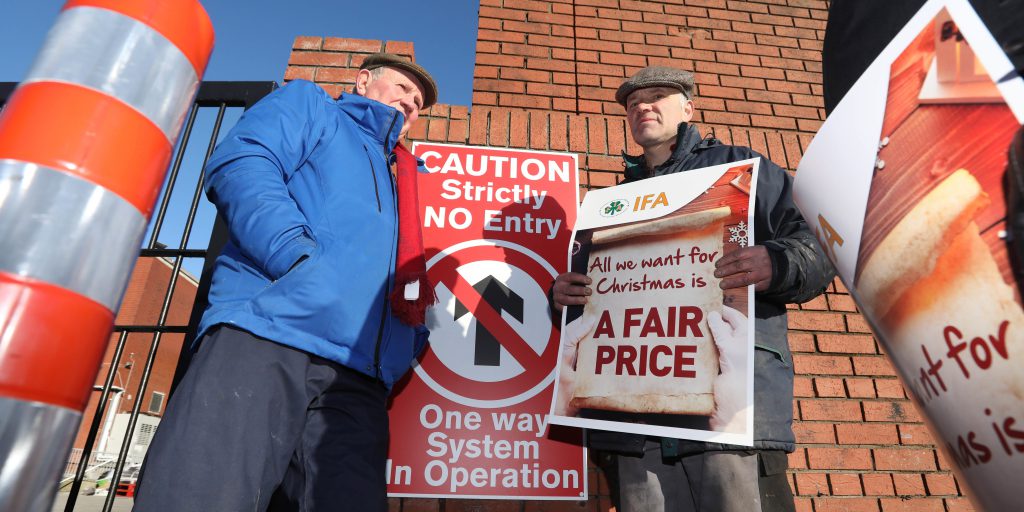 “If anybody believes the retailer takes the full hit in these discounting campaigns, they are living in cloud cuckoo land,” the president said.

This week, IFA made a submission for stronger retail legislation, including the establishment of an independent regulator who will take on the retail bosses.

“It cannot happen soon enough, assuming the Government is prepared to stand up and take on the powerful interests which dominate the food chain,” Healy said.

UK sheepmeat exports up in July