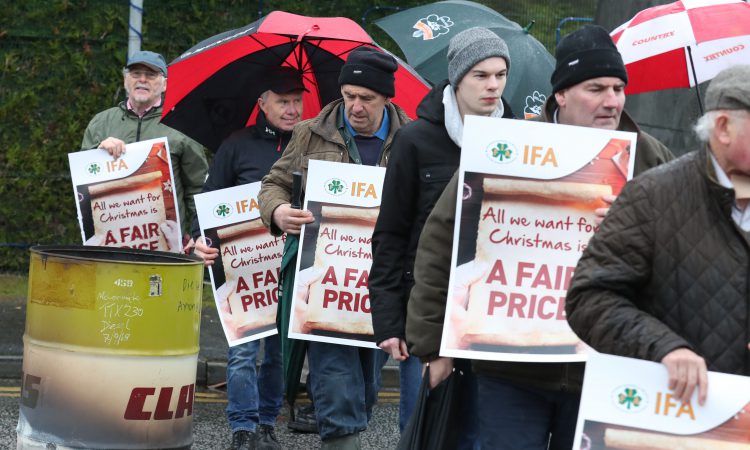 The Irish Farmers’ Association (IFA) has begun its latest blockade at the ‘goods in’ depot at Dunnes Stores in Cornelscourt in Dublin this afternoon, Wednesday, December 11.

As part of the campaign for higher beef prices, the IFA protest follows action at the other main retailers late last week and this week seeking an increase in Irish beef prices, which are now well behind the Bord Bia export benchmark price and the UK price.

Speaking at the blockade, IFA president Joe Healy said: “Dunnes Stores has no problem in discounting its beef by 40%. Worse, Dunnes thinks it’s not a problem for farmers.

If anybody believes the retailer takes the full hit in these discounting campaigns, they are living in cloud cuckoo land.

“This week, IFA made a submission for stronger retail legislation, including the establishment of an independent regulator who will take on the retail bosses.

“It cannot happen soon enough, assuming the Government is prepared to stand up and take on the powerful interests which dominate the food chain,” he said.

Healy added that Irish farmers are overdue a significant beef price increase, pointing out that the latest Bord Bia Beef Price Index shows that the gap between Irish prices and the country’s main export markets has widened again.

It now stands at 21c/kg, up from 20c/kg the previous week, he said. This gap has increased from 5c/kg in mid-October to 21c/kg last week, highlighting the improvement in beef market prices to the factories.

“The facts are the factories have pocketed these market improvements over the last five to six weeks and the Bord Bia Price Index proves this,” he said.

“Factories don’t have to wait for ‘price-setting Friday’ as stated by ABP in its press release last week.

“They should increase prices today and we are driving home the message to retailers: Tell your suppliers to treat farmers fairly,” Healy concluded. 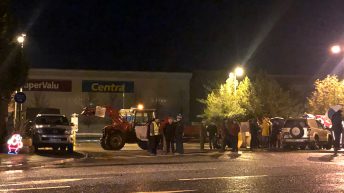