The new Beef Market Tracking tool on the Bord Bia website has shown that the gap between beef prices in Ireland compared to prices received in the UK and across the EU has widened marginally, going by last week’s figures.

The tracker, which monitors the average prices recorded for R3 prime male cattle in Ireland, the UK and across the EU for the most recent available week, showed prices for Sunday, December 1, 2019.

The tracking tool was developed by Bord Bia as part of the Irish Beef Sector Agreement, struck in September. 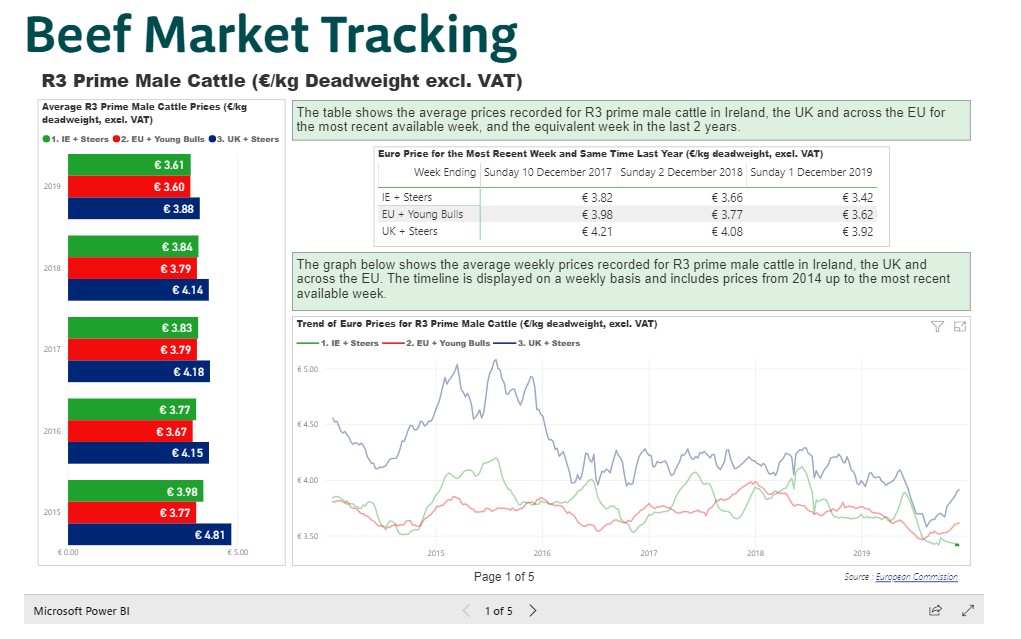 By comparison, while the same price was recorded for Irish steers the previous week, on Sunday, November 24, EU young bulls fetched €3.61/kg, while UK steers made €3.90/kg, showing a marginal improvement since in both cases.

“It’s like any tracker on the market; it’s not going to be in your favour all the time – but at least it’s transparent and it’s something we can go on.”