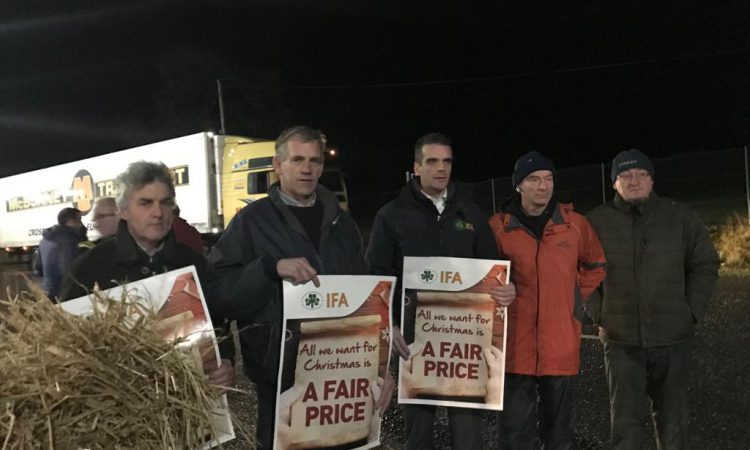 The Irish Farmers’ Association (IFA) has stepped up its campaign for an increase in the price of beef by blockading the Lidl distribution centre in Charleville, Co. Cork this morning, Friday, December 6.

This follows the blockade at the Aldi distribution centre in Naas yesterday.

The blockade started at 7:00am and is planned to last for 12 hours, according to the association.

Retailers have a powerful grip on the food chain and cannot shirk their responsibility to farmers.

“There is too much buck-passing between processors and retailers in their rush to grab all the profits, leaving farmers in a loss-making situation,” he said.

“As far back as last August, we warned Minister for Agriculture, Food and the Marine Michael Creed that the retailers had to be present at the talks – but it never happened.

“This was a serious error by the minister as it gave the retailers a free pass,” he said.

Prices here have been well behind the EU and UK beef price for weeks, it was noted.

Continuing, Healy said: “Farmers are justified in seeking an immediate and meaningful increase in the price of beef. We have had enough excuses from both processors and retailers.

“Our message to the retailers is clear: Tell your beef processors to give their farmers a price increase.”

“We will continue to take action until processors give a significant price increase,” the president concluded. 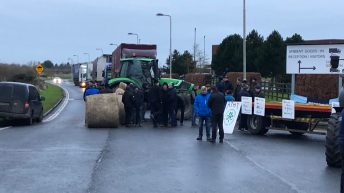