How will this Laois farm increase their Fleckvieh herd’s milk production by 13%? 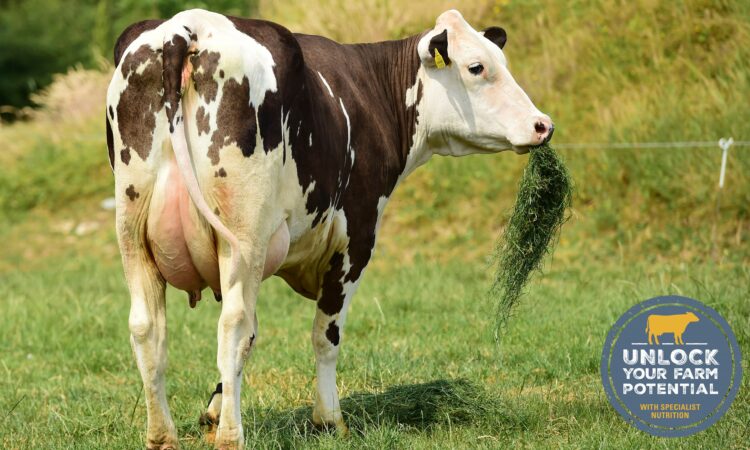 With calving season just kicking off, like many dairy farmers the Brickley family are focused on maximising milk production while maintaining animal health in order to unlock their farm potential.

Farming 30ha in Coolrain, Co. Laois, Gerard Brickley – along with his wife Angela – has been using the high-protein liquid product LiquiGold from Specialist Nutrition since the summer of 2018.

During that time, it played a crucial role in stretching available grass and addressing increasingly low-milk protein levels; ultimately increasing milk protein content by 6% over a two-week time period.

Now with spring in mind and an ambitious target of increasing milk yields by 13% in the year ahead, the Brickley’s are continuing to include LiquiGold as a key part of their freshly calved cow’s buffer diet.

This will satisfy their cow’s energy demands and therefore push on their milk production during this vital time period.

LiquiGold is a high-energy liquid feed, which when used in a ration, helps to increase milk protein, yield and maintain body condition scores.

Speaking about the inclusion of LiquiGold into his herd’s diet, Gerard, who has been working with Nutritionist Nigel Condell from Specialist Nutrition, had the following to say:

“Like all dairy farmers, the summer of 2018 was a really difficult time for us, and LiquiGold played a really important role in seeing us through it.

“Now the product has proven itself to me; I wouldn’t be without it in my buffer or winter diet.” 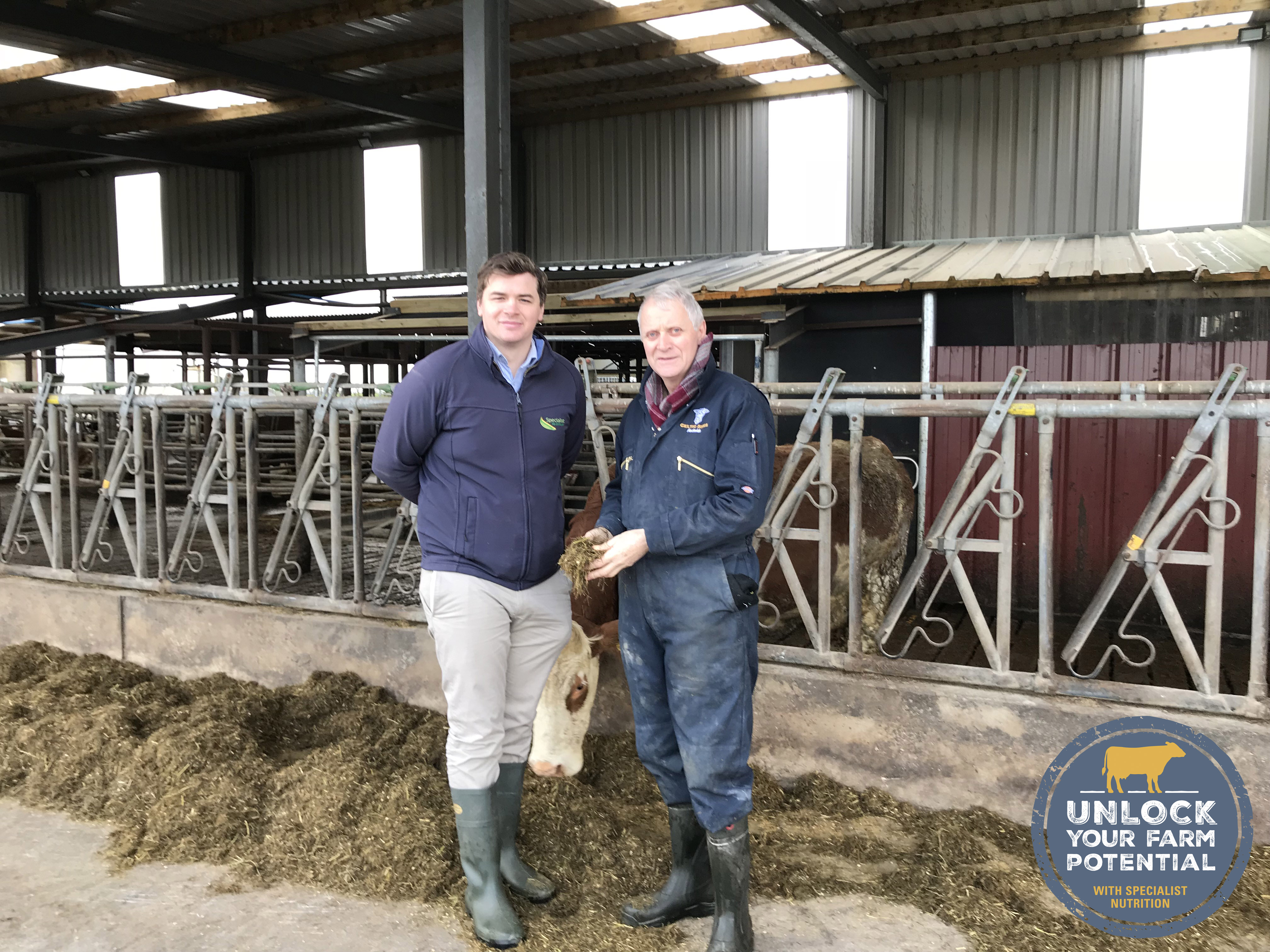 Nigel Condell from Specialist Nutrition added: “Not only is LiquiGold an ideal solution to increase freshly-calved cows’ energy intakes, but spring is also perfect timing for farmers to introduce a molasses-based product such as LiquiGold.

“This is due to the fact that its nutritional characteristics complement spring grass, which is high in protein but low in sugar.”

The Brickleys, who run a herd of 65 cows, which are predominantly Fleckvieh – along with selling breeding bulls to other dairy farmers – have been working with Specialist Nutrition since 2016.

Over that time period, using a moist feed called Eornagold along with rumen enhancer Acid Buff, the Brickley’s have increased milk production levels from 6,300L to 7,500L.

Initially, Eornagold, a distillery by-product which is high in protein and energy density, was introduced. Gerard commented: “Having seen the analysis and results produced from other farmers in Ireland, we introduced Eornagold to the herd’s diet in 2016. 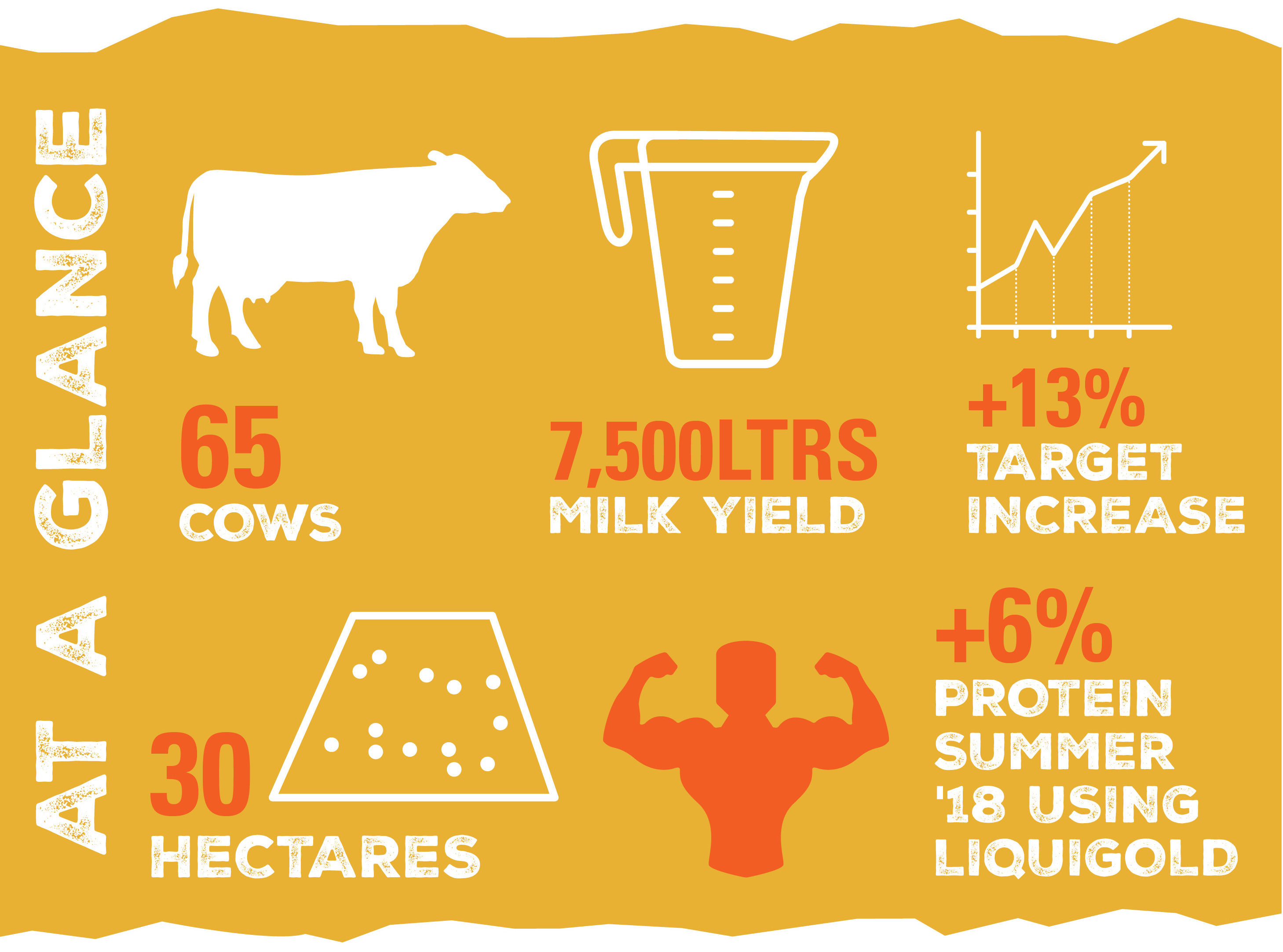 “Since then it’s become a vital part of our cow’s diet in winter and as a buffer feed on the shoulders of the year.”

Following that decision, Gerard worked with nutritionist Nigel Condell in an effort to identify other areas where he could improve his herd’s productivity.

Nigel added: “We particularly focused around the areas of rumen health, to help ensure maximum feed efficiency. As part of this process, Gerard introduced acid buff and increased the amount of feed being fed in the TMR.”

Gerard has seen an excellent return in his Fleckvieh herd and high output system.

Other forages like maize and wholecrop are not an option on my farm, so really the moist grains made a lot of sense and has delivered a very strong return for us.

For the year ahead, Gerard is targeting a further increase in his milk production to 8,500L.

In order to achieve this, Nigel Condell and the Specialist Nutrition team will be supporting Gerard by enabling him to adapt his nutritional practices and provide him with educational and research-based advice.

For the spring, Gerard is introducing a high-energy fat called Golden Flake as part of his fresh calver’s diet; which helps boost milk and butterfat yield. 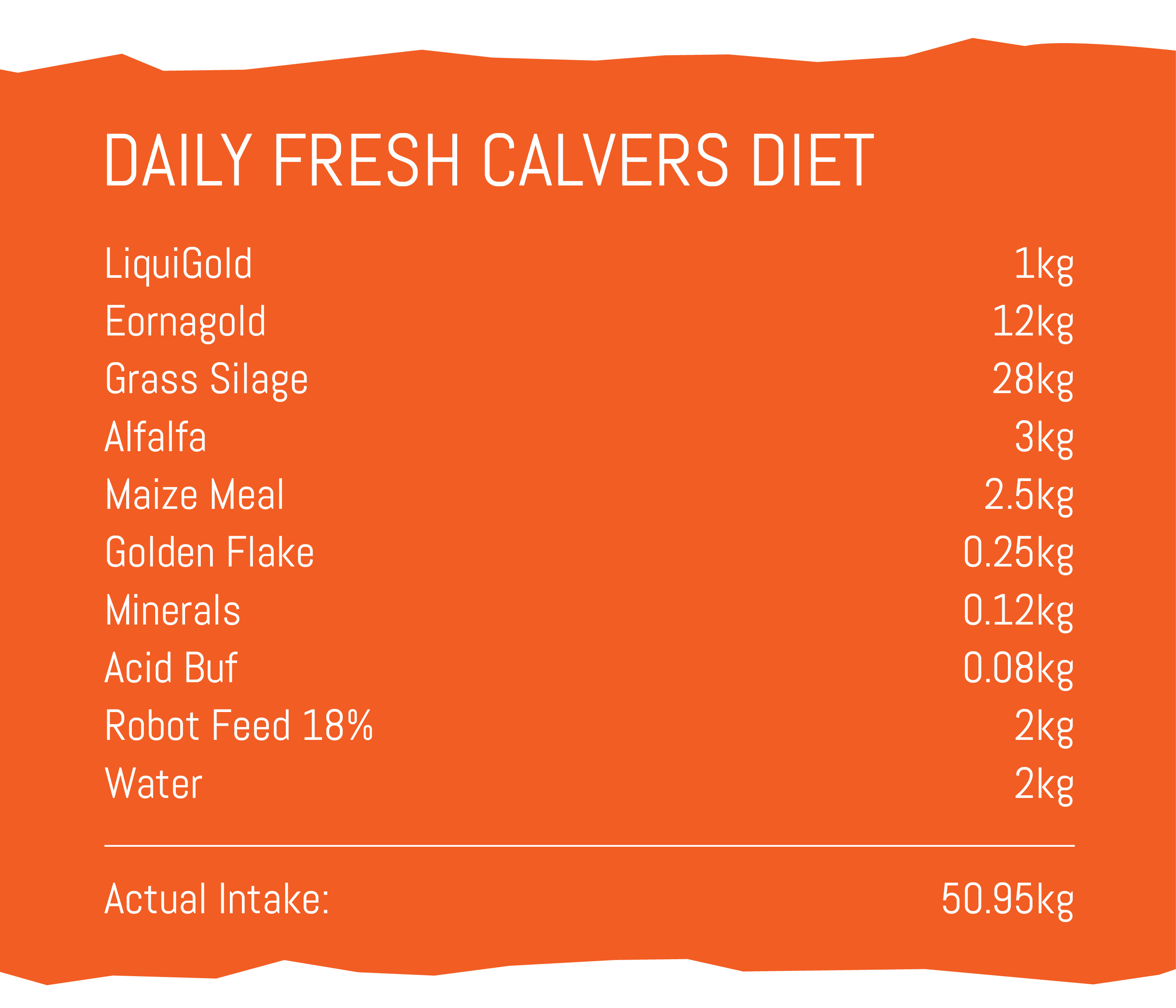 Specialist Nutrition is a leading supplier of alternative moist and liquid feed products in Ireland, along with offering a range of complementary nutritional products.

With these products and its expert nutritional advice, it helps farmers around the country unlock their farm potential.