A man has been killed in a farm accident in Co. Clare earlier today (Thursday, January 24), Gardai have confirmed.

According to Gardai, the incident occurred on a farm near the village of Cooraclare in the western part of Clare.

It is believed that the man was in his 60s.

A spokesperson for the Health and Safety Authority (HSA) has confirmed that a farm death has occurred and that an investigation is underway.

The victim was helping a neighbour herd cattle into a trailer when one of the bullocks collided with a male and who was fatally injured. He was brought to Limerick General Hospital and was pronounced dead. Enquiries are ongoing.

This is the second farm death to occur in the past two weeks.

On Friday night (January 11) a young sheep farmer and father of five children was killed after being struck by debris while felling trees in Co. Donegal.

According to a local county councillor, the man who died – Kevin McElhinney – was from Carndonagh, on the Inishowen peninsula, which is where the incident took place.

Kevin is survived by his partner and his five children.

According to Sinn Fein county councillor Albert Doherty, Kevin’s parents had both recently died, and he “was making a valiant effort to put things right on the farm”. 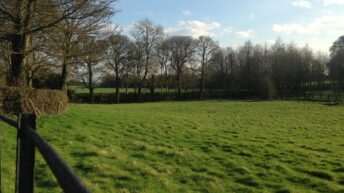 Donegal sheep farmer and father of 5 dies while felling trees