How serious is a no-deal Brexit for farmers working and living along the border? 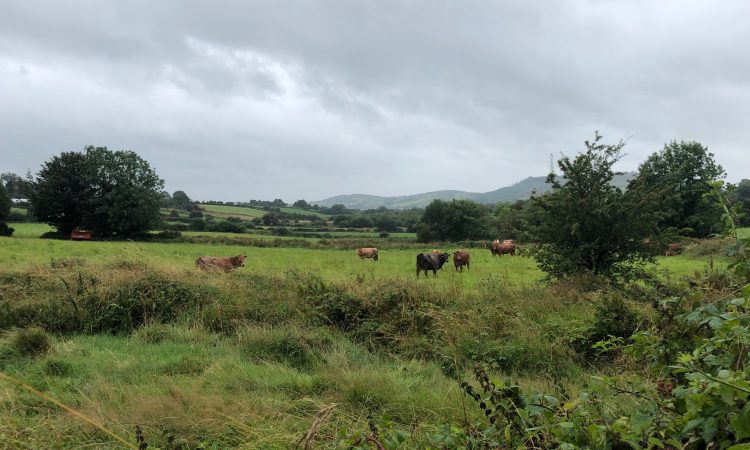 It’s very serious. In fact it’s a mess; a disaster and farmers are in very serious trouble. There is a straight 70% cut to farm payments on the cards as well…and it’s a calamity for dairy farmers.

These were the sentiments expressed by suckler farmer Damien McGeinty who lives and works in the Forkhill area of south Armagh.

He is also the coordinator of Border Communities Against Brexit (BCAB) which was established in the autumn of 2016 shortly after the Brexit referendum took place in the UK, and Gibraltar asking the electorate if the country should remain a member of, or leave, the EU.

The UK voted to leave the EU and the threat of a no-deal Brexit is now looming largely on the horizon – the UK is set to leave the EU on October 31. Farmers in Northern Ireland are becoming increasing concerned about what is going to happen to them, their livelihoods and to life as they have known it for the last 20 years – once the deal is done.

Already, it has become clear that farmers in Northern Ireland will not receive payments under the Common Agricultural Policy (CAP) once the UK leaves the EU. And with beef prices on the floor and the sheep sector facing decimation, there are many of the opinion that farming is no longer sustainable in the border region.

McGeinty, who also works at the local post office, is extremely concerned for farmers – including himself – who are living and working along the border.

He pointed to his own situation and how the absence of CAP payments will adversely effect his setup just outside Forkhill in south Armagh.

I see so much of the money that I get – in terms of what makes the business profitable – in the support from Europe under the CAP.

He continued: “CAP is of course one of the things we are losing even though the backstop is so-much talked about and how it is the perfect solution.

“From a farmer’s point of view it’s absolutely not; we are out of CAP and we know from talking to Westminster the way they calculate the payment that comes to Northern Ireland in the block grant.

“We are looking at a straight 70% cut to farm payments.”

For McGeinty, meanwhile, CAP provided him with approximately £5,000/year; the average farmer in Northern Ireland receives about £6,000/year.

And that cut “is a disaster” for farmers.

He added: “Some are more than that, some are less than that, but when you take that loss and the risk of cheap Brazilian beef at £2.50/kg landing into the UK; beef prices are currently about £3.25-3.30/kg which is not even in a profit margin situation – we are looking at a disaster.

“40% of the milk that is collected on farms every single day in Northern Ireland goes south. Not one litre will ever cross the border in a no-deal Brexit.

“Southern co-ops that sell around the world can’t have a situation where milk from a third country goes into the food chain.

“It can’t happen but even if it did happen there would be a tariff of 19p/L – that’s a calamity for dairy farmers.”

For Brexit “to stop dead” milk production and stall farming in general “would be disastrous”.

All of this could just stop dead on November 1; milk prices could collapse or maybe milk not be collected at all – what are those people going to do?

He added: “What about stock? Who will buy dairy cows in that sort of climate or in that awful situation where milk prices would collapse?

“Sheep farmers will be completely wiped out – you are looking at a tariff of £45/lamb to be paid.

“Then you have the EU workers that work in the food chain – in processing, meat, mushrooms, horticulture, etc; those workers are needed for these industries and if we leave with a no deal the EU workers will not be able to work here.”

North and south of the border

The BCAB coordinator then pointed out that no matter where a person is in Northern Ireland’s agri-sector Brexit has caused “serious, serious trouble” for all of them.

McGeinty continued: “Because we are so close to the border this community trades north/south all the time and we travel north/south – it’s all part of what we do.

“70% of the businesses in Northern Ireland trade on a north/south basis.

“It doesn’t help that Stormount isn’t operating either. People are very frustrated over the fact that it’s closed that long and our politicians are still getting paid.

“It’s the Westminster situation that is such a mess now.” 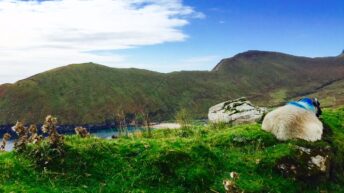