Kevin O’Gorman was making light work of a crop of Bennington winter wheat in south Kildare this week. The O’Gorman brothers’ new John Deere T660i – with a 22ft header – was eating the wheat as dark clouds threatened with rain over head, as can be seen in the video below.

Those dark clouds had been a theme of the harvest until the week gone by and the new purchase by the Kildare brothers has helped in this difficult weather.

As Kevin sat back with AutoTrac (steered using GPS technology) in action he commented that before buying the machine he was sceptical on how much use the AutoTrac would get. He said he would be sitting in the cab doing nothing, but now says he would never go back. 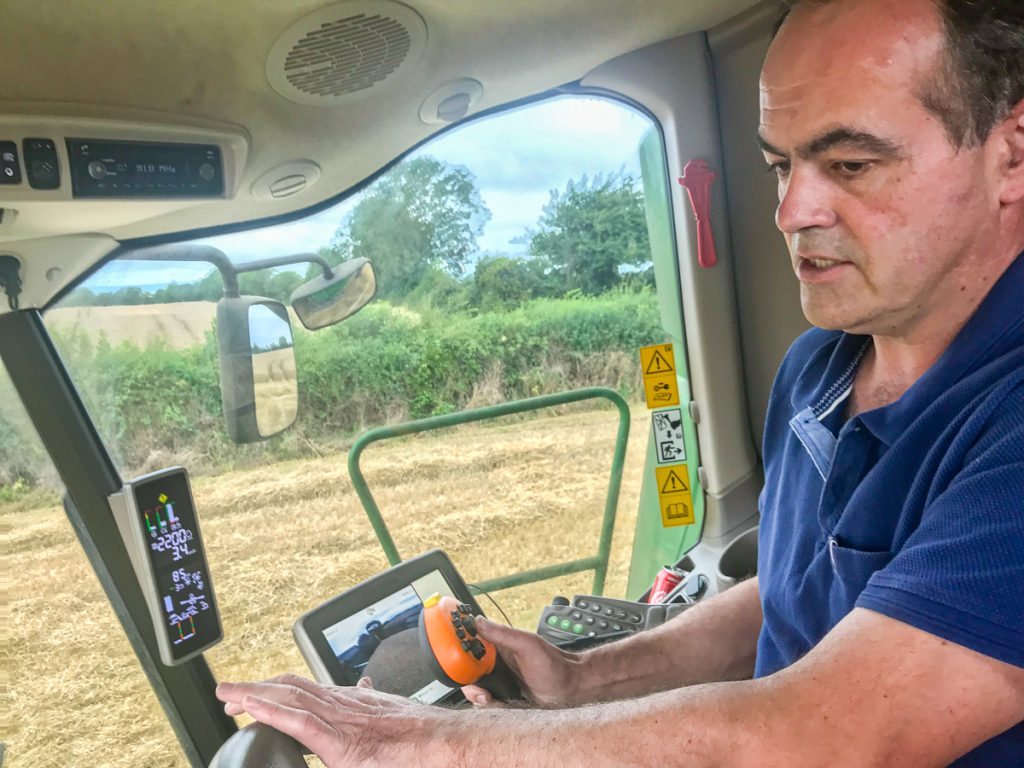 He feels much fresher at the end of a long day and said it makes moving combines early in the morning a much easier job as he is not tired.

However, AutoTrac is only the start of what this combine can do. The combine also has a wireless link to the garage. This means that the dealer can link up to the machine at any time to sort a problem or just check in to make sure everything is running smoothly.

With a tank capacity of 8t there’s not a field in Ireland that this combine will get caught short on for a trailer, but more importantly Kevin can measure what’s in that tank.

A yield map is created for each field and is sent to an app on Kevin’s phone.

“It steers itself, which is one thing anyway. It’s working away itself there now and as you go along it’s telling you the moisture and the yield. It will make a yield map – a high definition map of the field,” Kevin explained. 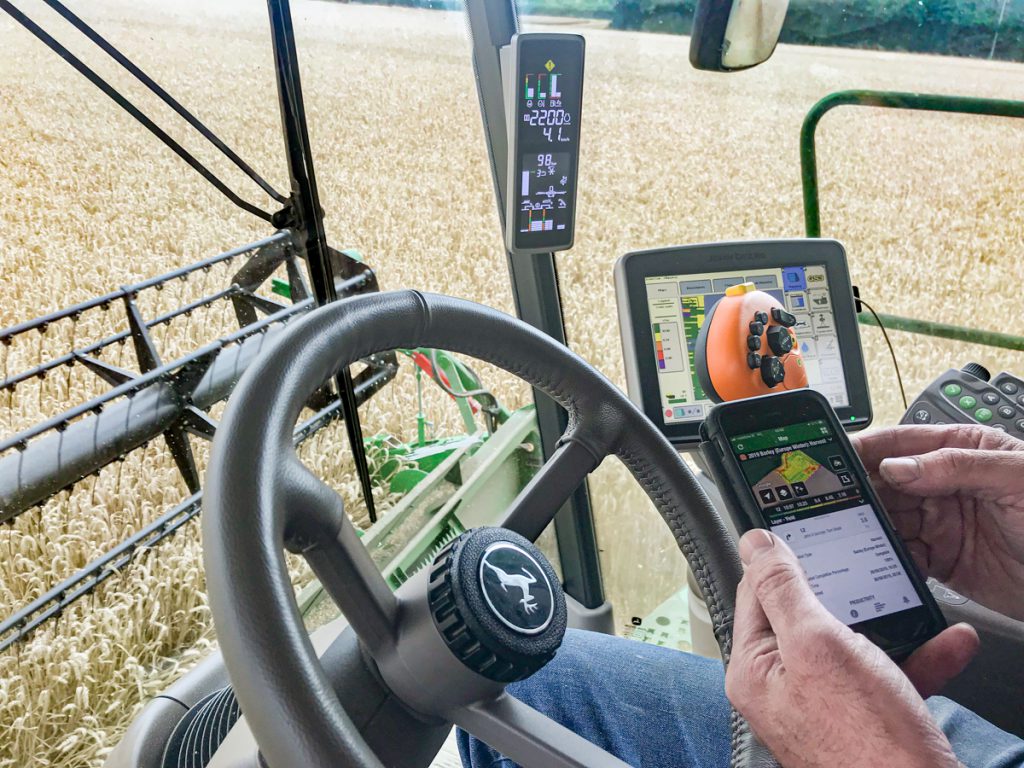 Yield mapping is new to the O’Gorman Brothers’ farm and Kevin added that it will probably be three years down the line before they see the real benefits, as he says you can keep stacking the maps on top of one another to locate problem areas in a field.

Maps can then be matched up to variable rate soil samples and the system can also be hooked up to the fertiliser spreader on the farm.

Kevin commented on how crops are doing so far.

“We have different varieties – Garrus, JB Diego and this is Bennington.” 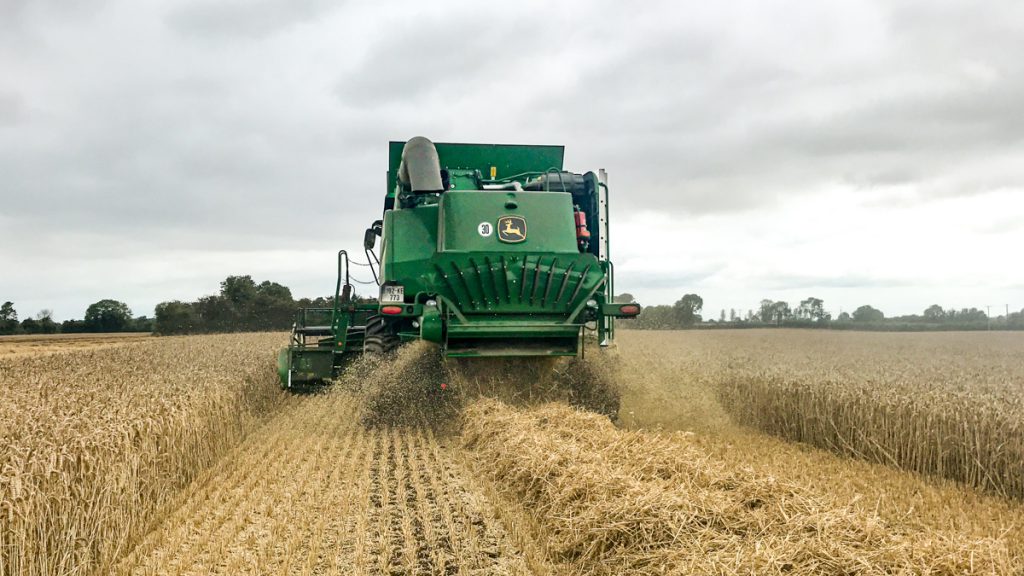 Kevin noted that despite the prolonged wet weather before cutting none of the wheat had started to sprout.

There are no bad crops, most are around 4t/ac, which in fairness when it’s sowed you’d be happy to get anything over 4t/ac.

The field Kevin was in on Tuesday was the last wheat crop for this harvest. This year, along with potatoes, winter barley and winter wheat were the other crops in the rotation. 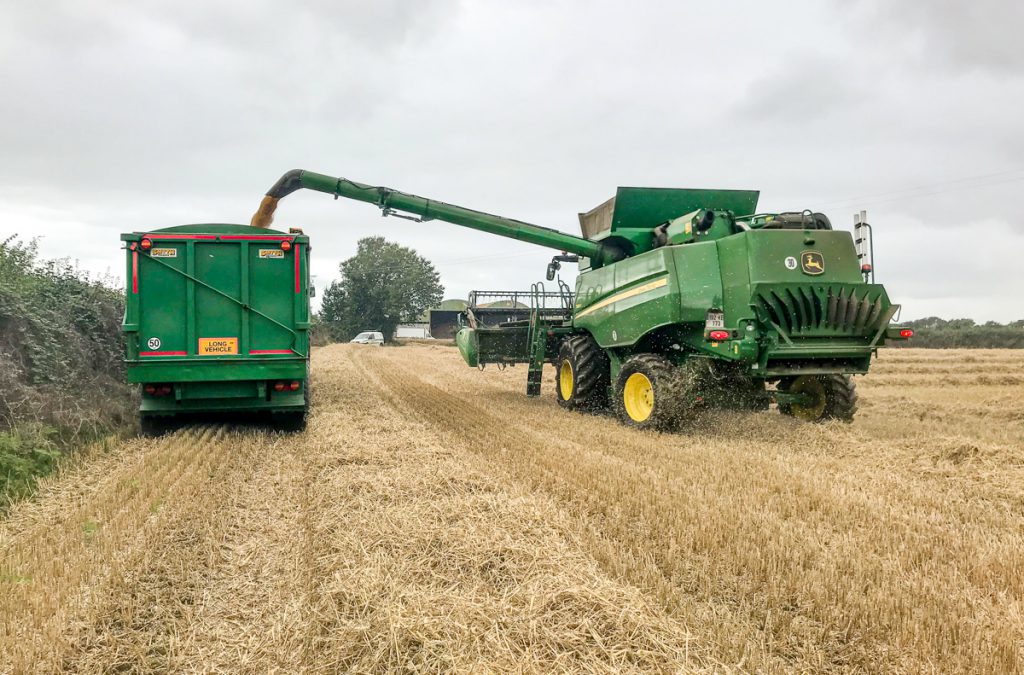 “We had oilseed rape in this field last year. We’ll probably go with winter barley next year and then potatoes.

“I’d like to bring oilseed rape back in. It’s a nice time for harvest and it’s a good break crop. Next year I’d say we’ll have oilseed rape, less wheat and more barley.”

Kevin was unsure for the future of winter wheat now that chlorothalonil is banned. Straw has been another issue this year, as rain prevented baling for a month on the O’Gorman Brothers’ farm.

“We had straw on the ground for a month. We baled it yesterday. We’d be expecting seven bales to the acre and we only barely got three.” 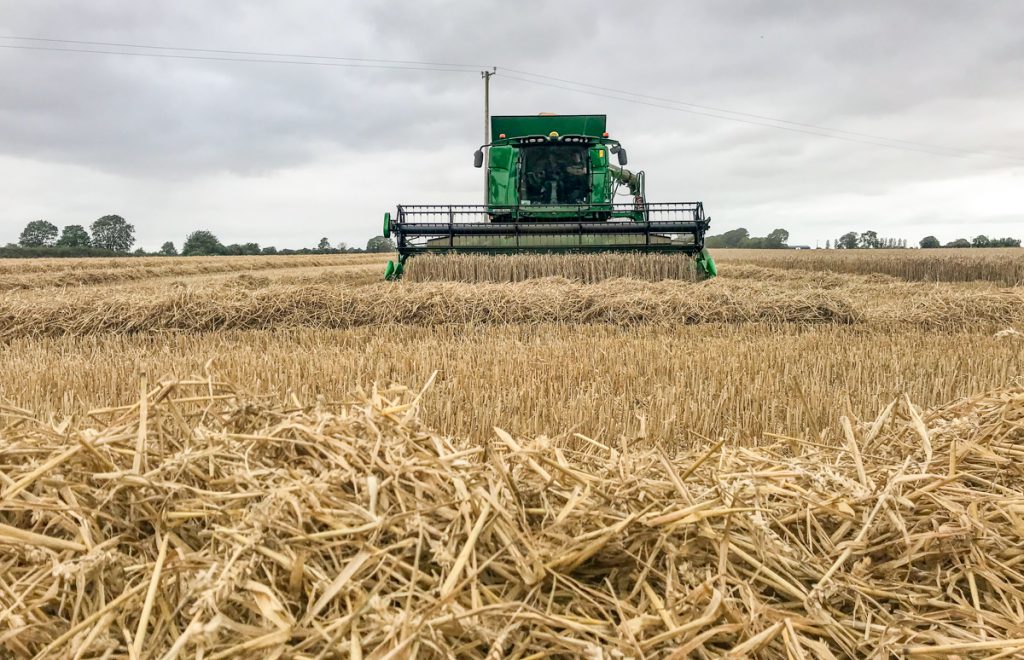 Is the combine more efficient?

Kevin says the new combine is definitely more efficient. You can thresh the barley a lot better and move on quicker. In wheat it doesn’t seem to be making much of a difference.

I’m taking the full width of the header all the time and it’s more efficient for the baler. 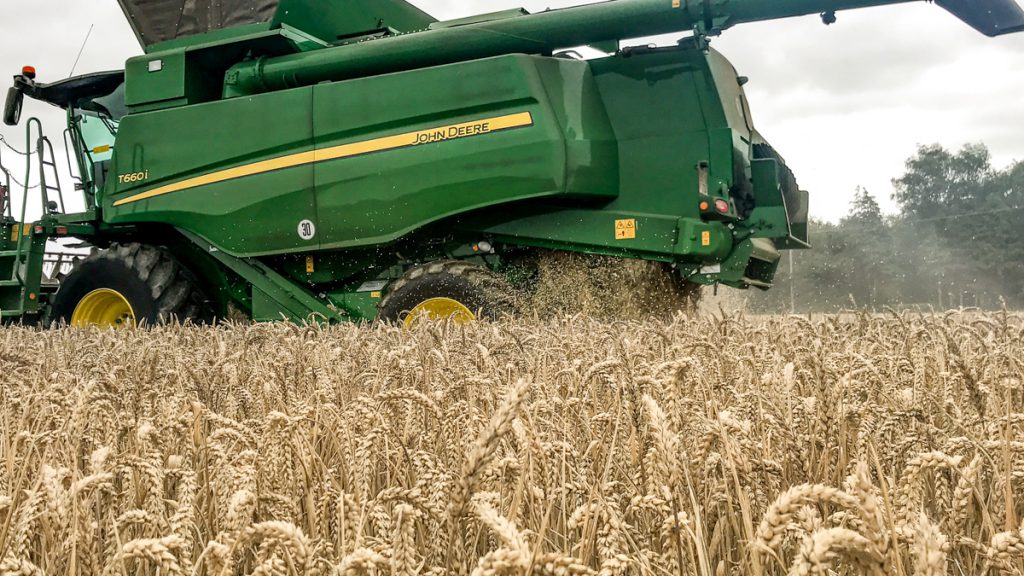 Potatoes are the brothers’ main business. AgriLand visited O’Gorman’s when they were planting in May.

“We’re getting close to burning off. We’re probably three weeks to harvest. The crops that were irrigated are further on,” Kevin added.

Grain price: Fall from last week; UK has over 1 million tonnes to export