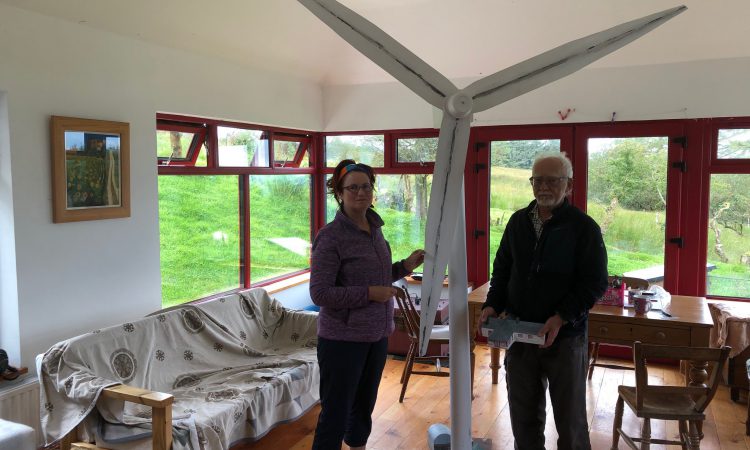 There are only four other developments in the country with wind turbines standing at this height and I feel that our community is a test case for what is going to happen in the future; they could start replacing small turbines with these much larger structures.

These were the sentiments expressed by Adrienne Diamond – an artist who lives with her partner Graham Robertson in Killavoggy outside Dromahair in Co. Leitrim – after Coillte confirmed that it plans to develop a 10-turbine wind farm in the area.

The semi-state body plans to apply to both Leitrim and Sligo county councils later this year for the development of Croagh Wind Farm on Corry Mountain.

Concerns and the community

Diamond – who lives in close proximity to two smaller privately owned developments says that, while she has a number of concerns about the wind farm, her biggest fear centres on the length of the structures.

She continued: “I feel that our community is a test case for what is going to happen in the future; they could start replacing small turbines with these much larger structures.”

Meanwhile, the Co. Leitrim based artist said that suspicions began to emerge about 12 months ago when a Coillte representative approached the couple and told them there was a proposal for a wind farm in the area. 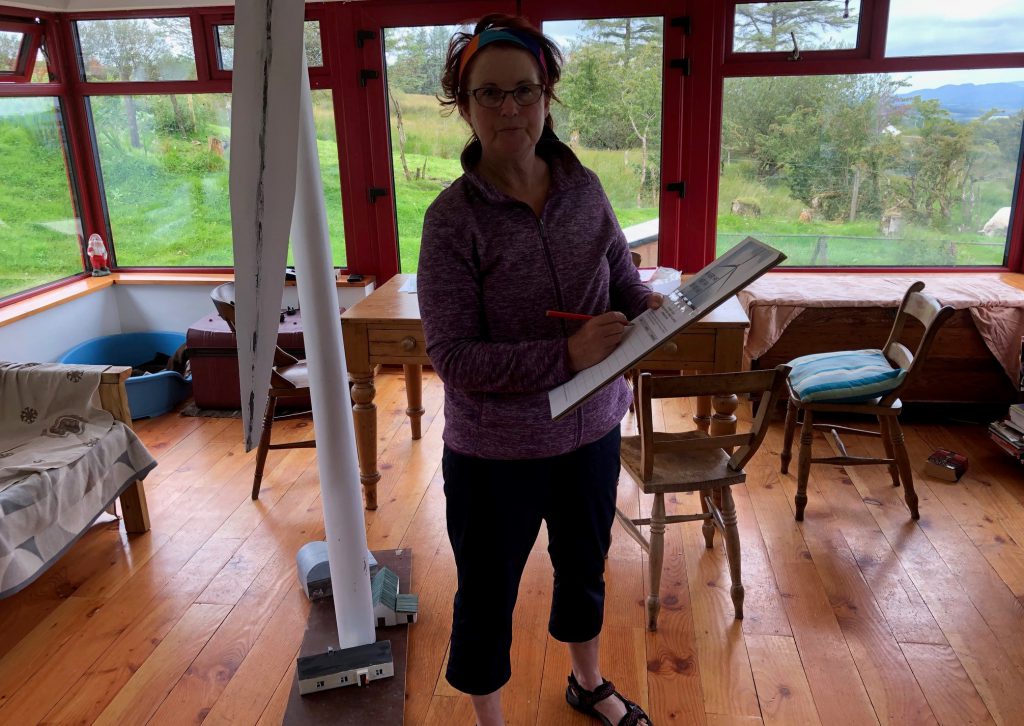 She says that while the “penny didn’t drop” immediately, after the locals gathered together to discuss the matter further she then began to understand more about what exactly was in the pipeline.

This place inspires us and that is why we moved here in the first instance,” said Diamond, of the mountainous, rugged rural landscape that is visible as far as the eye can see…

“For us the issues include noise for one thing. We are already experiencing noise from other turbines when the wind is coming in from a certain direction.

“Now, it’s not all the time and it’s only on certain days.

“So, when these new turbines go up that noise is going to increase – it will be coming in from the west and from a much wider wind direction.”

What about the future?

She says too that Coillte has informed residents in the area that the Croagh Wind Farm is just one of a number of developments that are planned for the area.

“This is also a concern for us,” she added. 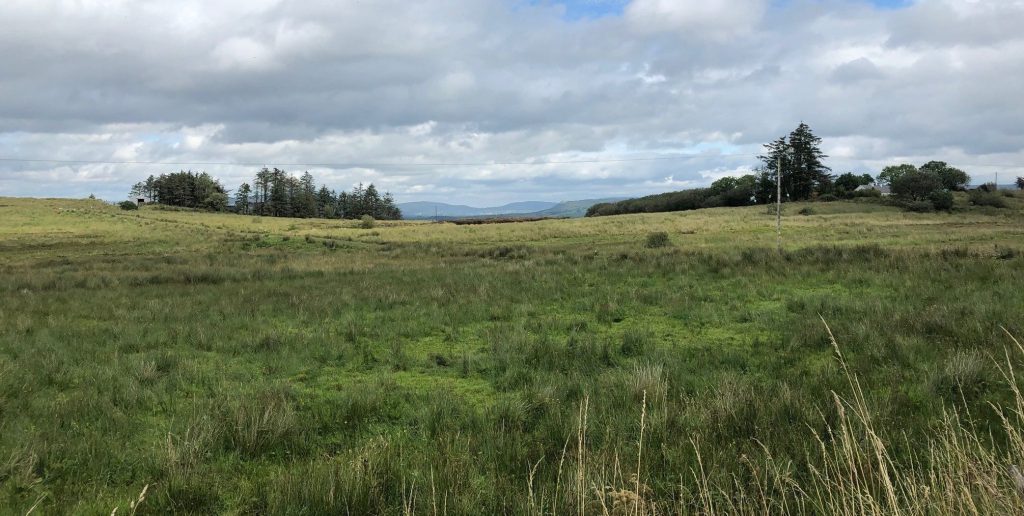 “Also, these turbines are huge structures and they will be too close to houses in this area.

Shadow-flicker is another issue and obviously the more turbines there are the worse that is going get.

“At the moment it’s not to bad through the summer months when the sun is high in the sky but in the winter the sun barely gets above the hill – which is to the south of us – and because the turbines will be right along that ridge we will get shadow-flicker all day.

“There are all health effects to be considered as well.”

Diamond went on then to point to the fact that she – along with others in the area – has spent the last 12 months gathering information about wind farm technology and development.

Over the past year we have grown to learn more about the technology involved in the industry.

She continued: “The wind farm behind us is not productive and is currently running at a loss – the taxpayer has been subsidising it.

“We live very simple lives here and if there was to be something that would bring down carbon emissions and protect communities and the environment I would be all for it.

“There is hydro and solar out there and perhaps there is a place for more sensitive forms of wind power – there are lots of different options out there.

“We have been told by Coillte that the industrial standard for the proposed development is that the turbines will run at 33% capacity. 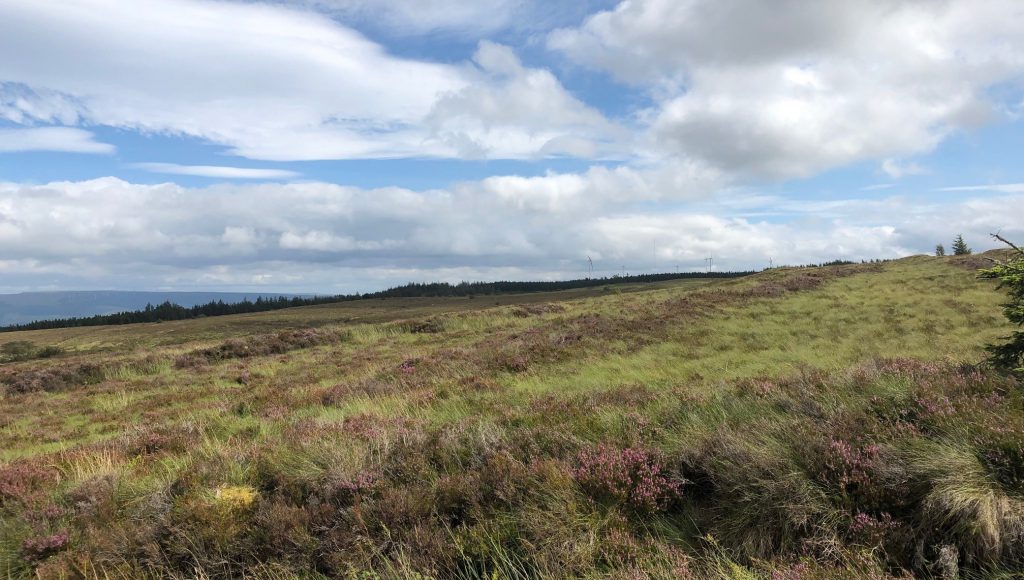 “My understanding of that is, for example, if the wind is too strong, the turbines will be turned off.

“If the wind isn’t blowing then they don’t turn; and then if there is too much energy going into the grid that too will be a problem because of the difficulties with storage.”

Diamond says that right now, in Ireland, the technology associated with wind energy “is flawed”.

“We feel that wind technology is flawed and right now we want discussion and debate around the whole issue by the policy makers, in communities, nationally and in the media.”

She explained further: “We need to be asking ourselves what is the best way to tackle carbon emissions in Ireland?

“At the moment, what is happening is, the wind energy industry is leading the Government on the issue and everything has become profit focused.” 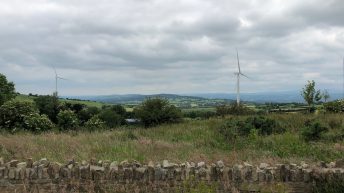