‘How is wind energy supposedly saving on carbon? It’s all a big con…’ 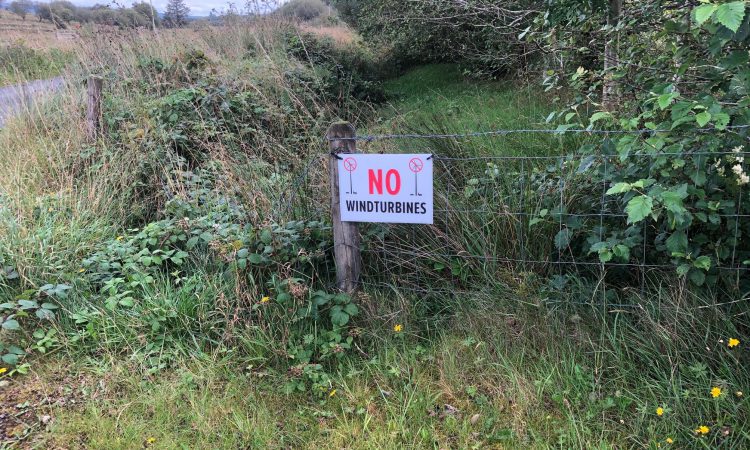 Plans by Coillte to erect a 10-turbine wind farm across Sligo / north Leitrim have been met with opposition by residents on Corry Mountain outside Dromahair – many of whom are already living in close proximity to two small privately owned developments.

The earmarked location is a picturesque, idyllic setting in mountainous terrain overlooking Leitrim and Sligo that up to now has managed to remain relatively unspoilt.

Also Read: ’52 communities are fighting against wind in Ireland’

In a statement to AgriLand, Coillte confirmed that it will seek planning permission from both Sligo County Council and Leitrim County Council towards the end of this year for Croagh Wind Farm – a 10-turbine development that will see each structure standing at 170m tall.

Graham Robertson, meanwhile, runs a canoeing business and social farm with his partner Adrienne Diamond in Killavoggy, Dromahair. The proposed wind farm is close to their home and their business.

Robertson says Coillte has not engaged accordingly with the community in respect of the development and as a direct result of that concerns are mounting.

Coillte is basically ticking the community engagement box as far as I’m concerned.

He continued: “Community engagement means they come and tell you all about ‘the wonderful things’ they are going to do in the area.

“We keep hearing how this is going to benefit the community, yet there are no benefits evident so-far.

“Coillte also spoke about its community fund – but that does nothing for us [the people most impacted by the development].”

Those funds, he added, will go to the local GAA club in Dromahair, the local choir, etc, but the people who will suffer the most disruption because of it “won’t get anything”.

People call these things wind farms all the time but they are actually industrial developments. Farms are lovely – we have a small one, but that is not a farm.

He added: “There are six wind turbines to the south of us here; the only time that we really hear the noise from them is when the wind is out from the southern quarter of the sky – from the south-east to south-west.

“The latest proposal suggests that the new structures will be stretched right the way across the west – then we will be surrounded by turbines.”

Robertson also pointed out that when he and his partner purchased the property in Killavoggy in 2011 “there were no wind turbines here”.

But within two or three months of buying the property “all of a sudden there were wind turbines”.

At the time we decided that we weren’t going to make an issue of the development because we were so happy with so many other aspects, so we got on with things and continued with our plans.

He continued: “The World Health Organisation (WHO) has stated that there are no identifiable health issues with infrasound.

“There hasn’t been enough studies done, apparently, to determine whether there is or there isn’t health issues.

“So, how is wind energy supposedly saving on carbon? It’s all a big con by big business as far as I can determine.”

Meanwhile, a public meeting to discuss the matter in more detail while be held at the clubhouse in Dromahair on September 12 next, at 7:00pm.

Alun Evans, Queen’s University, Belfast and Paula Byrne from Wind Aware will be in attendance on the night. Everyone is welcome to attend. 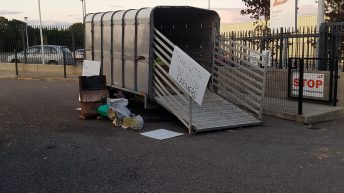