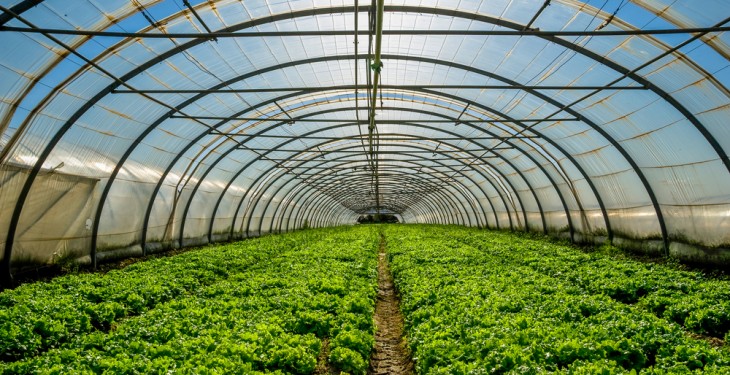 The View from Northern Ireland: Horticulture experts from Department of Agriculture and Rural Development have issued horticulture advice for vegetable and fruit growers across the region this week.

Neonicotinoids are neurotoxins making them very effective against insects. They attack an organism’s nervous system paralysing and killing the insect quickly.

At the time of their introduction neonicotinoids were seen as a breakthrough in insecticide development. They could be applied as a seed treatment providing a more targeted application when compared with spraying methods.

However, time has taught us that climate conditions and methods of production can play a part in their effectiveness and the effect they can have on our environment and our insect population, especially in relation to bees.

In fact the EU Appeal Committee decided in April to reduce the use of neonicotinoids to protect bees, but made exceptions for crops harvested before they flower. Hence, lettuce and carrot seed treatments against aphids and carrot fly attack are still approved for sowing.

However, there is now a significant practical implication for growers who rely on dressed seed as part of their planned crop production. Chemically treating seed is an involved process, for which the machinery used often has a minimum batch volume to make its operation viable. If some of this seed is not sold, it may be wasted, so this means seed usually has to be pre-ordered before treatment.

You need to think ahead about the seed treatments you need to use. The picture for the planting seasons usually becomes clearer around October each year. This is the time to discuss the availability of seed dressings with your supplier.

Managing tree health
Since winter 2010, Northern Ireland farmers and growers have endured an unprecedented period of sustained, adverse weather conditions.  Most recently, 2013 produced the coldest spring in 50 years, which followed 2012 as one of the wettest years on record. These are serious conditions for any producer to manage, but particular difficulties arise for those with permanent crops such as orchards. Prolonged soil saturation puts tremendous stress on woody root systems, while trees compromised in this way are much more susceptible to decline and disease infection.

Many growers are seeing evidence of root distress on Bramley trees of all ages and rootstocks, with poor leaf development and abnormal leaf colour in the post-blossom period. Where these symptoms are marginal, foliar supplements applied through the sprayer help to sustain the orchard past the period of most rapid nutrient demand, until better growing conditions allow root recovery to get underway, even as the apple crop develops.  Various soluble straight fertilisers and mineral blends exist (some include seaweed extract) and any of these are beneficial as a temporary support to the tree.

However, where sudden leaf collapse and shoot dieback occurs, this is a clear sign of aerial canker infection, death of root sections in anaerobic soil conditions, or sometimes a combination of both.  For badly affected trees, interest has arisen recently in the use of nutrient products containing phosphite (formula PO33-) compounds.  Evidence exists that phosphites can actively encourage fibrous (feeding) root regeneration. They can protect the vulnerable root system from further damage better than conventional phosphate fertilisers alone.  Whatever treatment measures you apply on sick trees, it is important not to neglect feeding the fruit crop on the remainder of the orchard with the recommended rates of sown fertiliser.

Also, for the longer term, all physical improvements to orchard drainage should be carried out, including soil structural improvements with mulches of organic matter where appropriate.