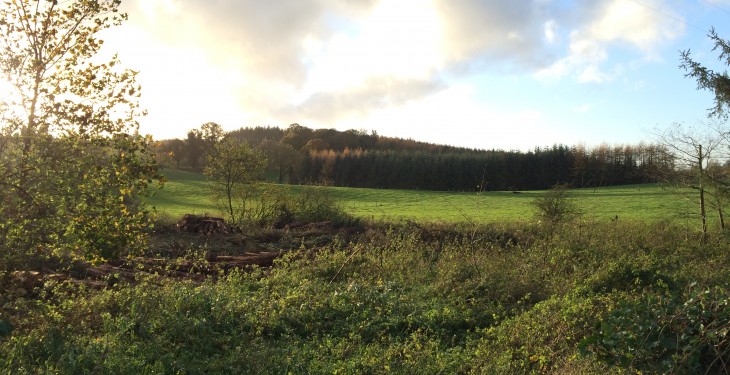 The IFA is calling on Minister of State at the Department of Agriculture, Tom Hayes, to refund thousands of farmers who have had forestry payments “incorrectly” recouped by the Department.

IFA Farm Forestry Chairman, Michael Fleming told Agriland.ie that while some farmers were required to pay back over €50,000, the average amount is €2000-€5000.

He said the policy by the Forest Service to recoup over-payments, which sometimes spanned up to 20 years of forest premium, has resulted in untold stress for many farm families at an already very difficult financial time.

“Prior to 2007, if you made an application for forestry, you had to use a 6-inch Ordnance Survey map. But after that the Department switched to an IFORIS digital mapping system. In some instances, this showed up discrepancies,” Fleming said.

“In 2008, the Department decided they had an obligation to address this. They sent a letter stating that they had found a discrepancy between the two mapping systems and they said they would not reclaim any money, in retrospect. But in 2010 there was a change of heart.

“They have confiscated thousands from a lot of farmers and they went back on what they’d said initially.”

Flemming said the policy of recouping payments from farmers is questionable when the Forest Service’s 2008 letter to farmers stated that the discrepancy in area was the result of a “genuine error which came to light as a result of more advanced mapping technologies.

The letter accepted that ‘there was no deliberate attempt to over claim’ and therefore they would not seek to recoup any over-payment made in previous years,” Fleming said.

He added that all Forest Service applications had to be put through by a forestry company to the Department, “who inspected all the sites in the early years but in more recent years they only inspected a portion.

“So the Department would have signed off on the land. So you couldn’t say that the farmer showed any attempt to defraud, when you have a Department official who inspected the site anyway.”

Fleming said that it is nearly five years since the Forest Service changed its debt management policy and started to recoup over-payments made to farmers in previous years, which appears to be at variance with community law.

“We sent a letter to the Minister in relation to this and we hope that he will react to this, speak with his colleagues in the Department and refund the farmers who they have incorrectly recouped the money from.”