‘Grass as the new biofuel’ 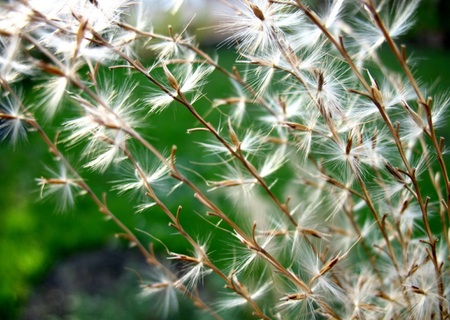 A new European research project seeks grass crops that could be grown and harvested on marginal lands, away from areas suitable for food crops.

According to the researchers, grass could be used to produce biofuels. The advantage of using grass crops is that they can be grown in marginal lands that would otherwise not be used.

“This can be soils that can be in bad physical condition or prone to flooding, extreme drought or which suffer from salt stress.”

Barth co-ordinates an EU-funded research project, called GrassMargins, which is testing out whether grasses could be used as biofuels.

Optimising yields of long-lasting grasses on these lands will be crucial to produce fuel at a competitive price. This would also help stop biofuels competing for land suitable for food crops.

Thus, grasses native to Europe such as tall fescue, cock’s foot (also known as orchard grass) and canary reed grass are being tested to see how various cultivars grow in less than ideal conditions.

Here in Ireland, the scientists are mainly interested in waterlogged soil or soil prone to flooding. In northern Europe, grasses must battle cool temperatures, while salt tolerance is an issue in the south of Europe.

The idea is for farmers to choose to grow whatever grasses suit their land. Then they could use them as feedstock for anaerobic digesters to produce liquid fuel or bale them for use as a combustion facility to produce energy or heat.

“It might well be that one type of grass is better on certain marginal lands, and another type on another. It is unlikely one grass will stand head and shoulders above competitors in all environments,” said project scientist John Finnan, research officer and bioenergy expert at Teagasc.

Some experts see potential in some of the native grasses being tested by the project.

“Fescues are rather stress-tolerant, easy to harvest, easy to establish, easy to mow and bale. The yields are probably lower,” noted John Clifton-Brown from Aberystwyth University, in Wales, who leads the breeding programme on the tropical grass Miscanthus – a plant also called elephant grass, already grown widely as a biofuel crop. He believes the achievable yields are something the project will try to get to grips with.

The project will also test Miscanthus under various challenging conditions. “Miscanthus is not a native species. It comes from south-east Asia, so it likes warmer conditions that we see here [in Ireland],” explained Finnan.

Miscanthus is a good candidate from a scientific point of view, according Biofuels expert Nicolas Brosse at the University of Lorraine, Nancy, France.

“It has low moisture and high sugar content. The plant is also interesting because of its high productivity, it is a perennial grass, it requires no nitrogen and herbicide and the Miscanthus x giganteus variety [a sterile hybrid] is noninvasive,” he said, adding: “ the miscanthus fields are also a very good refuge for wild animals such as birds, boars [and] insects.”

However, he noted that published yields of 15 to 25 tonnes per hectare are from very fertile lands suitable for food.

“The production of Miscanthus in very large fields, like corn or wheat, is not to be considered. One of the interests in [the] project is the production of biomass using marginal lands. But in that case, the actual yields may be lower.” Brosse adds: “it is a good idea to produce biomass using marginal lands, but the actual yields per hectare must be examined with caution.”

Also caution is needed when developing marginal areas to take into account possible effects on wetlands and wild areas.

The project results are likely to bring several alternative solutions.

“I don’t think any particular crop will dominate in all locations because different crops are best suited to different locations. I like to say that all biomass is local,” noted Bruce Dale, an expert in biofuel crops at Michigan State University in Lansing, Michigan, US, and the editor-in-chief of the publication Biofuels, Bioproducts and Biorefining.

“I think we will first use crop residues, because they are likely to be the least expensive, and then we will go from there into energy crops like Miscanthus.”

“In terms of a theoretical “ideal” cellulosic biomass crop it would be a low cost, easily-converted, productive perennial that did not require much fertiliser,” he said, concluding: “Miscanthus scores pretty well in that regard. I think other perennial grasses like switchgrass and prairie grasses, woody biomass like coppiced willow would also do well in particular locations.”