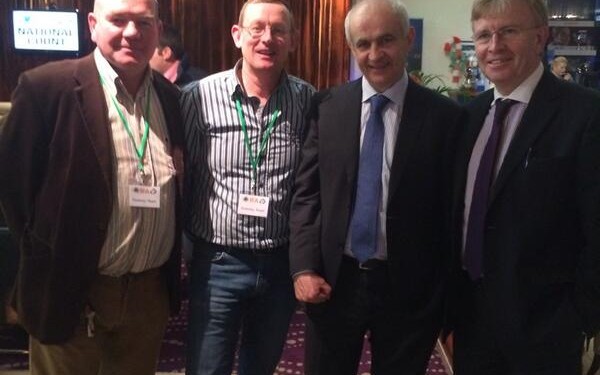 Voting got under way at 9.30 this morning and within an hour of the process commencing, Downey was polling particularly well in Connacht and North Leinster.

Initial trends indicate that Downey has attracted a large block of support in counties Longford, Cavan, Galway, Meath and Dublin.

The South of the country has also seen Downey support levels running high in Waterford, Kerry and Tipperary South.

And it was Cork where the real battle was won, with Cork West, Cork Central and Cork North all for Eddie.

On the issues he campaigned on included fairer prices for farmers, the protection of farm incomes, cutting the costs of inputs and red tap, improving land access and mobility and inspections.

In addition, farm safety and mental health issues were key to his campaign.

Speaking earlier this year to AgriLand, Downey said the challenges facing farmers and Irish agriculture have never been greater.

“The overhang from the Fodder Crisis and inflexibility of our banking sector along with strong input price has led to tighter margins and reduced incomes. Budgetary cuts over the past three years and reduced EU funded schemes are having a detrimental effect on farm incomes. Supermarkets and multiples look to farmers and their suppliers to maintain their margins in a shrinking marketplace.”

He also stressed that the opportunities for farming and the agriculture sector are very real.

“Agriculture and the food sector will be key to the country’s economic recovery; global demand for food is growing; the end of quotas will open opportunities for growth in the dairy sector; our agriculture colleges are full with enthusiastic students who are keen to play their part in the future of farming. As IFA president, I will lead farmers and the agriculture industry through this growth phase with strong and proactive initiatives.”