Scanlan set to be eliminated from IFA count 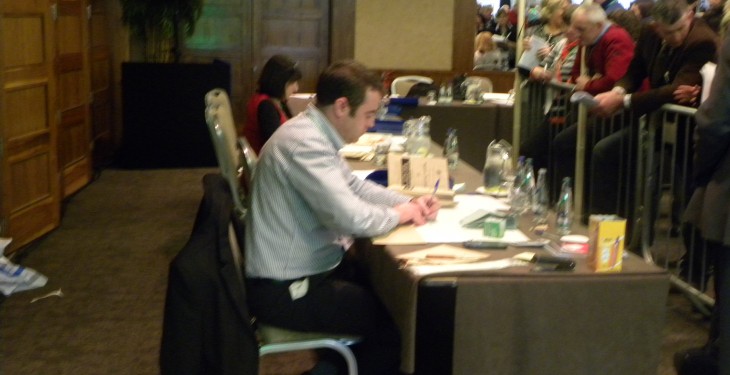 Limerick man Eddie Scanlan has said he is set to be the first eliminated from the Irish Farmers Association (IFA) Munster chairman election race as counting is proceeding in this contest.

According to latest reports from the IFA count centre in Castleknock, Dublin, seven out of nine branches have been counted.

Speaking to AgriLand, Scanlan has predicted that according to his team of tallymen he is set to be eliminated first.

“I’m obviously going to be eliminated first. It is disappointing but you have to accept that it is democracy.

“I was the only beef farmer in the elections, the organisation is totally loaded against beef farmers. From the very start I was fighting an uphill battle.”

Scanlan also wished his fellow contestants well. “The very best of luck to both men and I will fully support the winner and continue to support the organisation,” he added.

Meanwhile, Kiersey’s team has said that they were very happy with the initial results. Speaking to AgriLand, Kiersey said he was also cautious.

“We are happy with the count at present. We did well in the counties we expected to do well. But when it is all added up we will there see the full picture. According to our tallies there is set to be a change.”

Kerryman McCarthy was positive with the count results so far.

“We are happy enough,” he told AgriLand. “The signs are very positive, in particular we are very happy with North Tipperary and West Cork.”

The count for IFA president, deputy president and Munster chairman is continuing in Dublin.