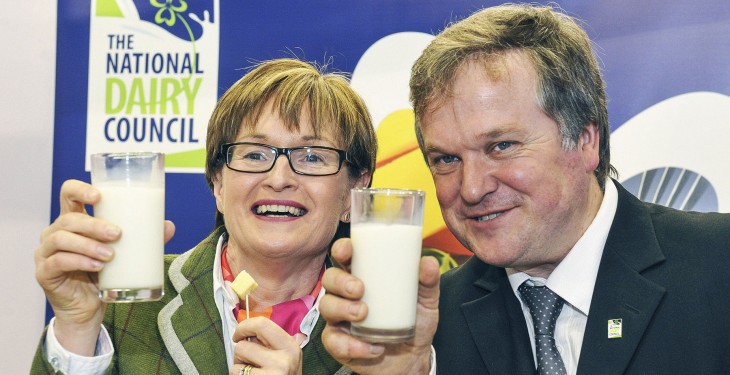 MEP Mairead McGuinness has told AgriLand that the European authorities should seek to specifically define the term ‘active farmer’ as they seek to push through the required Common Agricultural Policy (CAP) Reform enabling legislation over the coming weeks.

“The European Parliament will be asked to block vote on all of these measures, which must be put on the EU’s statute book before the end of March 2014. This will then allow the various member states implement specific national measures, which will be implemented on the ground during 2015,” she said speaking from the IFA election count centre in Castleknock, Dublin.

She continued: “I believe that an active farmer should be defined in the context of a ‘minimal stocking density’ scenario. I know the Commission has issues with this type of approach, due to WTO concerns. However, the alternative of approaching this subject from the perspective of defining what does not constitute an active farmer is not practical. For example, if one uses the stocking rate approach this will ensure that grazing livestock will be kept on the hills.”

The MEP went on to confirm that Irish agriculture can look forward to a bright future.

“But nothing can be taken for granted,” she stressed.

“We cannot rule out the possibility of a price collapse at some stage in the future. However, it is significant that the Commission has undertaken to put in place an ‘early warning’ system that will allow it predict downward fluctuations in global markets. This, in turn, will ensure that Brussels can warn food processors and farmers of these pending developments in good time. It will also allow the Commission put effective support measures in place prior to any catastrophe unfolding, rather than reacting in real time, as has been the case up to this point.”

McGuinness concluded: “It is important for Irish processors and farmers to work together at all levels. At its heart, this must include the putting in place of mechanisms which allow both parties predict long term market trends as accurately as possible and to plan production levels accordingly.

“Obviously, it is important for farmers to receive sustainable prices at all times. One of the implications of the latest CAP deal is that the monies used by the EU Commission to fund future export refund and private storage aid support measures will be skimmed off the CAP support budget. In other words, farmers will be directly funding all future market support measures.”