As tillage farmers here at home struggle to plant, the same is true across the water in the UK and as the situation drags on LIFFE wheat price has climbed in the past week, as can be seen in the table below.

Also Read: ‘If we don’t have a weather problem grain prices fall’

Unsettled weather is also impacting on prices in the US. Some farmers have been faced with snow as they try to harvest their corn crops.

On Monday, October 28, the United States Department of Agriculture reported that 41% of US corn had been harvested – approximately 20% behind the average.

The bad weather affecting harvest progress in the US gave support to prices this week. On Wednesday, October 30, Chicago Board of Trade (CBOT) corn for December finished at 390.75c/bu, reaching the levels of two weeks previous.

Lack of moisture in the pre-season, dry conditions in the spring time and severe frost all took a toll on crops. Despite the lack of rain in September, the association expects a modest recovery in yield potential in frost affected regions. 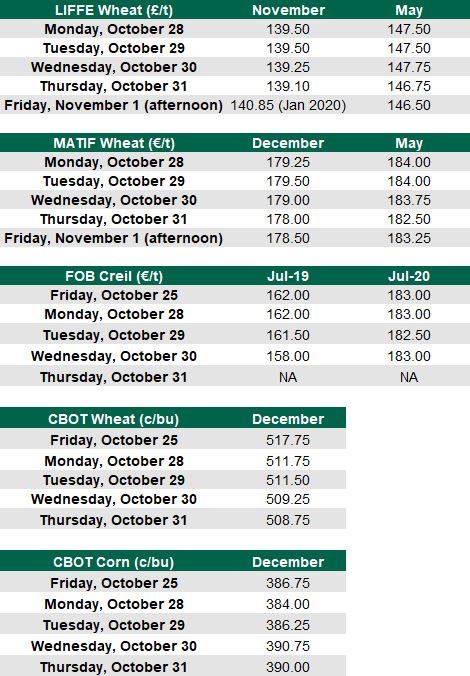 'If we don't have a weather problem grain prices fall'