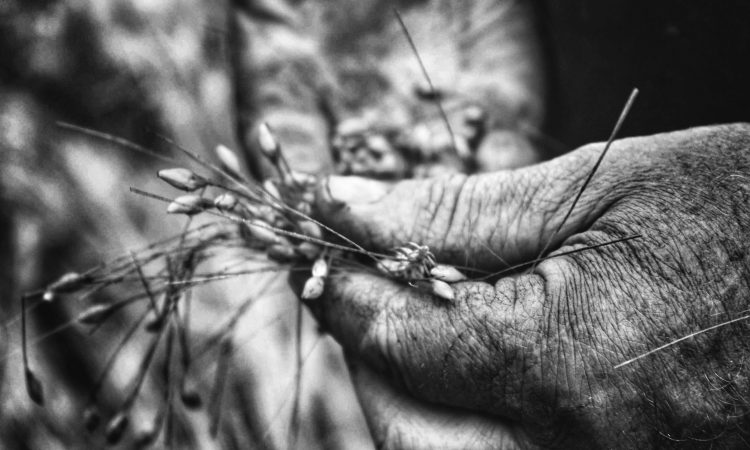 This image was sent in by Jane Smith as part of AgriLand's #Harvest2019 photo competition. Jane entitled the picture 'The hand that knows best'. Grain was being checked ahead of the harvest on her family's farm in Co. Laois

The winter barley harvest has started in the south of the country and more combines are set to roll into next week. The harvest price for that grain is likely to remain a mystery for many weeks to come by the look of things and this might be for the better.

At present, the story of the harvest in Europe is only beginning to tell and in the US the corn acreage remains up in the air.

However, one thing that does give a glimmer of hope on price is reports of US farmers stockpiling corn.

The Wall Street Journal this week reported that despite being offered significant premiums on their corn, farmers in areas affected by the continued rain in the past few months during planting have declined to sell.

The reason for holding out is because farmers expect a higher price to be paid later in the season as the effect of a late sowing date and poor weather at planting on yield becomes clear.

The report forecasts 2019/2020 wheat production in the US to increase by 18 million bushels. Hot and dry conditions in the EU, Russia and Ukraine in June also resulted in a forecast reduction in wheat production.

The MATIF wheat prices increased by almost €3/t the day after the report was published, while LIFFE wheat increased by approximately £2/t.

Barley production is expected to be up in Canada, but lowered in Ukraine and India.

Last week, FrenchAgriMer estimated a decline in crop condition. The percentage of spring barley crops in good to excellent condition declined from 86% to 76% in a week. However, this did not appear to affect malting barley price. The Free-On-Board (FOB) Creil hit €170.00/t this week.

The wheat harvest has started before oilseed rape in some parts of central France, which were hit by drought. Yields in the region are expected to be down.

However, reports of low protein contents in French cereal crops on the west coast of the country may be a sign of high yields. 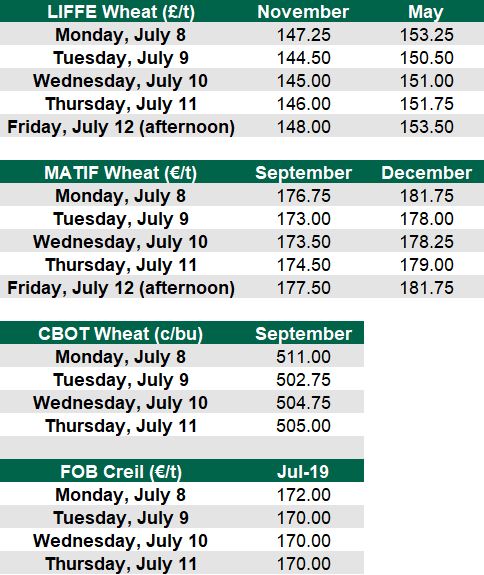 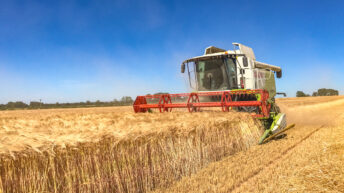 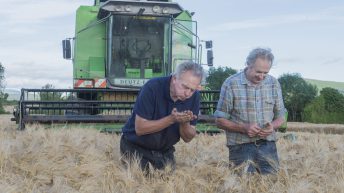