A south Galway farmer’s daughter is capitalising on the US trend of the pumpkin patch by facilitating the handpicking of pumpkins on her family farm at Ardrahan this Halloween.

Caroline Whelan, who is working as a substitute teacher, and her fiance Gerry Quinn (whose family run a fruit and vegetable business) are behind the venture on the 170ac Whelan farm at Castletaylor Demesne, Ardrahan.

Their pumpkin patch will open on Sunday, October 21, and over the Saturday and Sunday of the October bank holiday weekend (27 and 28). Adults and children are invited to go along for a fun Halloween themed day out, which will include much more than just pumpkin picking, according to Caroline.

“There will be lots of decorations; fancy dress; games; and face painting. Tea, coffee and spooky treats will also be available on-site between 10:00am and 4.30pm.

“I saw through my nephews that Halloween has become a much bigger celebration in Ireland than it was,” Caroline said. “Halloween is massive in the US and pumpkin patches have been a trend there for many years.

It is a big family day out to go to the farm where the pumpkin is grown and pick one out. Any trend that is popular in America always makes its way here eventually and there are some already in this country.

With Gerry growing pumpkins for many years, Caroline felt that the setting of her family’s historic sheep and cattle farm would lend itself to the creation of a pumpkin patch.

“I felt there was a niche in the market and our proximity to the motorway and Galway city which is 30 minutes’ drive away, along with the space we have, meant it could work very well.”

Gerry is managing the running of the patch, with Caroline looking after the event organisation. The Ardrahan woman has launched the Galway pumpkin patch on social media with Facebook and Instagram pages and said the reaction has been encouraging. 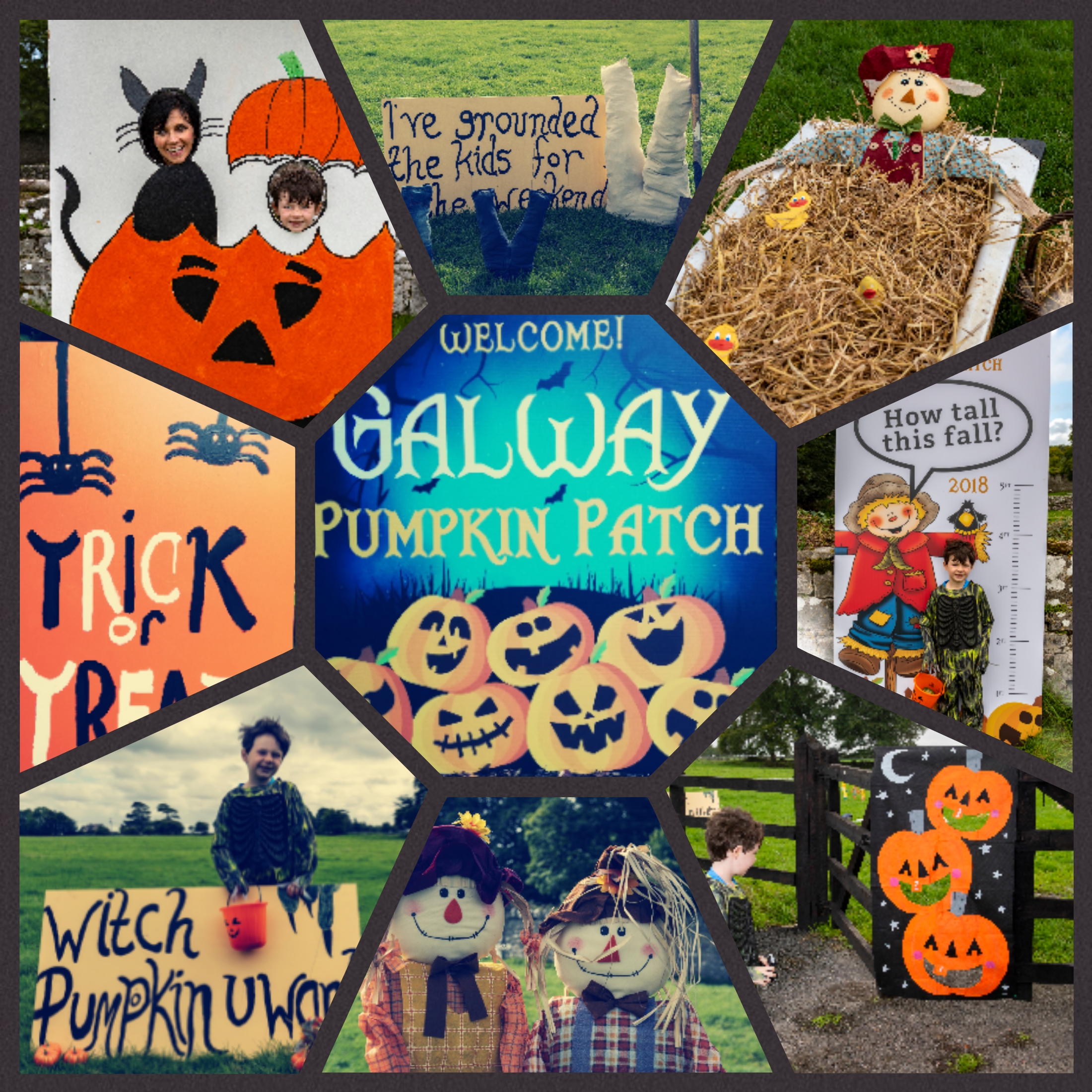 “We have been blown away by the response to it so far. People seem to love the idea and there are lots of tickets sold. I have been sharing some photographs of the decorations and the preparation and I think people like the idea of authenticity.

“Gerry sells at farmers’ markets in Moycullen and Ardrahan every week. People love to go there for the home-grown veg. Now they are being offered a home-grown pumpkin, along with a few hours’ entertainment for all the family at a very reasonable price.

“I have a big interest in events and would definitely like to do more. It is something a bit different and we are all really excited about hosting a Galway pumpkin patch on the family farm,” Caroline said.

“There are four girls in our house, none of whom unfortunately caught the livestock bug; but we are determined to continue farming in some shape or form. One of us is a nurse, two are primary school teachers and there is also an accountant.

“My parents were very into education, particularly my mother. I can see why; farming is a tough industry in which to make a good living. However, the flip side is it is the most fabulous way of life,” Caroline said.

I am determined to look elsewhere to keep the farm going. I know my sisters feel the same – we want to keep it going because it is in our blood.

“My dad’s father bought the estate which had previously been occupied by the Shawe-Taylor family, in 1952.

“The estate comprised about 400ac when he bought it as there was woodland attached, but grandad sold that to help pay for it. He also took the roof off the castle after purchasing the estate as the rates were too high at the time to leave it on. The castle is now a ruin and we live in what was the estate servant house,” said Caroline.

Organising the initiative has been a real labour of love, Caroline said. “I have realised I am quite creative and have really enjoyed making all the signs and decorations. Halloween is a festival where you can really let the imagination go.”

Queries can be sent to the event’s social media pages or emailed to: [email protected]