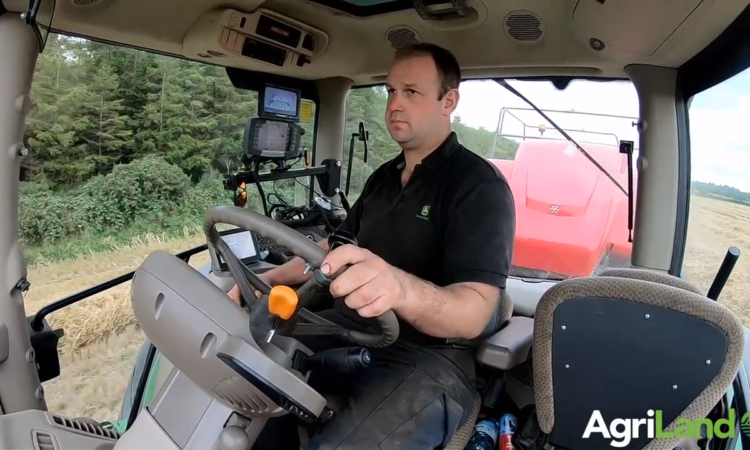 AgriLand paid a visit to Roe Agri Services (based near Ballacolla, Co. Laois) to find out how the business is faring with its six-year-old big square baler – and to get an insight into owning and running such a machine.

John W Anderson spoke to Gary Roe (pictured above) to find out more about the firm’s Massey Ferguson 2190 (which makes 8X4X4 ‘big squares’).

He started out by explaining that he runs the machine behind a John Deere 6190R. 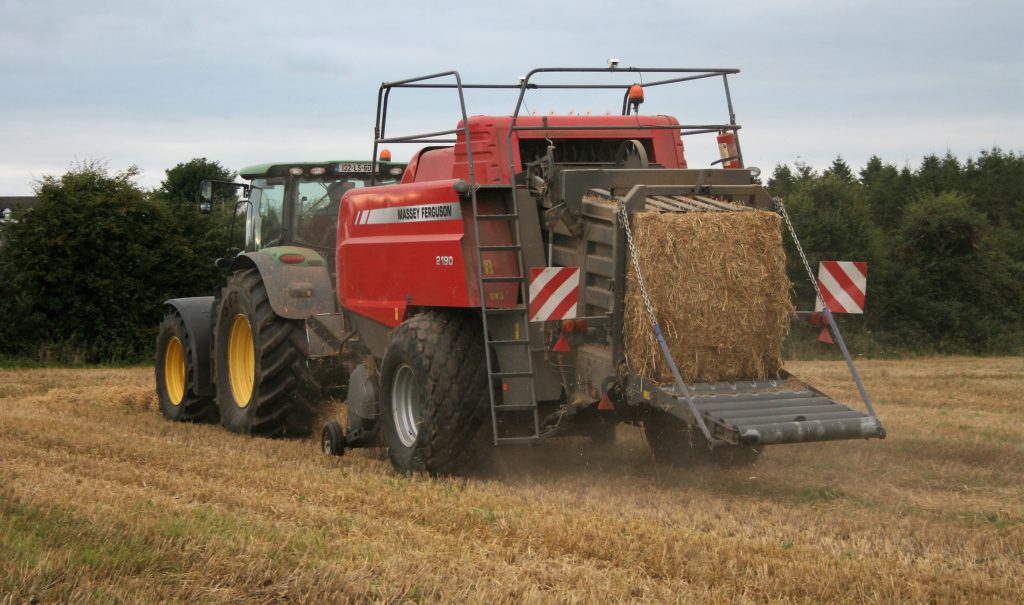 He said: “This is our fourth season with the baler…it was two years old when we bought it.

“We did demo a Krone baler; [it was] a very good baler; [it was] very impressive in the field. Just, I was a little bit worried about resale value down the line. [In contrast] these balers are everywhere.

“Before that, we ran a New Holland BB980 which is practically the same baler [as the Massey Ferguson 2190] – only different panels. Most of the components are the same; just the feed system is different on these, so it’s a higher-output baler.

“It gets through work quicker.”

He continued: “When the baler gets going, it’s not actually that hard to drive. The problem is pulling the baler.

“In a dry year, it’s no problem. In a wet year, it takes horsepower because the baler itself is 12 or 13t in weight before you put straw in it.

“You could have maybe the likes of two bales in it, when you’re baling, so that’s another tonne as well.”

Gary singled out the pick-up and feed intake area for praise. He noted: “On the older machine, that was the problem area. That’s where it really slowed you down. You had to watch that or you would block it; but on this baler it’s very seldom you have to stop.

“The knotter system is still much the same; they’ve never really changed it. It’s a very good, simple system.

“Now and again, it’ll drop a knot but that’s usually driver error – not tying balls of twine up right or maybe a bit of straw gets stuck somewhere, but they don’t in general give trouble.”

In the long days in the start of August and end of July, you’d hope to clear over 100ac a day.

He’s also talked about other interesting aspects of the machine, including the usefulness of cameras (to see what’s going on at the rear). Don’t forget, of course, to watch the video! 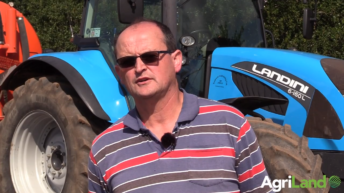