A farmer from Co. Kerry has commented on his experiences of seeing first-hand how his last dairy cow, which he gifted to a family in Rwanda, has transformed lives.

Tim Moynihan, from Gneeveguilla, Co. Kerry, and his daughter Doreen travelled to the heart of Rwanda in Africa to see for themselves the remarkable impact that the last dairy cow from his farm has had on the family she was gifted to.

Tim gave up dairy farming six years ago and, rather than sell his last cow, he donated her through Bothar to a family near Rwamagana in east Rwanda.

The single cow is just one of an ever-growing Bothar herd that is transforming the lives of families across Rwanda – a nation that was savaged by the fastest killing spree in the history of the world almost 25 years ago when up to one million people were slaughtered in its 90-day genocide.

The aid agency has been sending Irish dairy cows and other food and income-producing animals such as goats, pigs and sheep to Rwanda.

It also has projects elsewhere in Africa, eastern Europe and Asia since the late 1990s thanks to the generosity of Irish farmers and the wider public.

Its current programme in Rwanda is in support of the Rwandan government’s ‘One Cow Per Family’ project which aims to reduce extreme poverty in rural areas of the country by providing each poor family with a cow.

The cow donated by Tim Moynihan has not alone given the parents and children of the recipient family a daily source of nutrition they otherwise would not get – but proceeds from excess milk and sale of calves born to her have enabled them to educate their children and buy land. 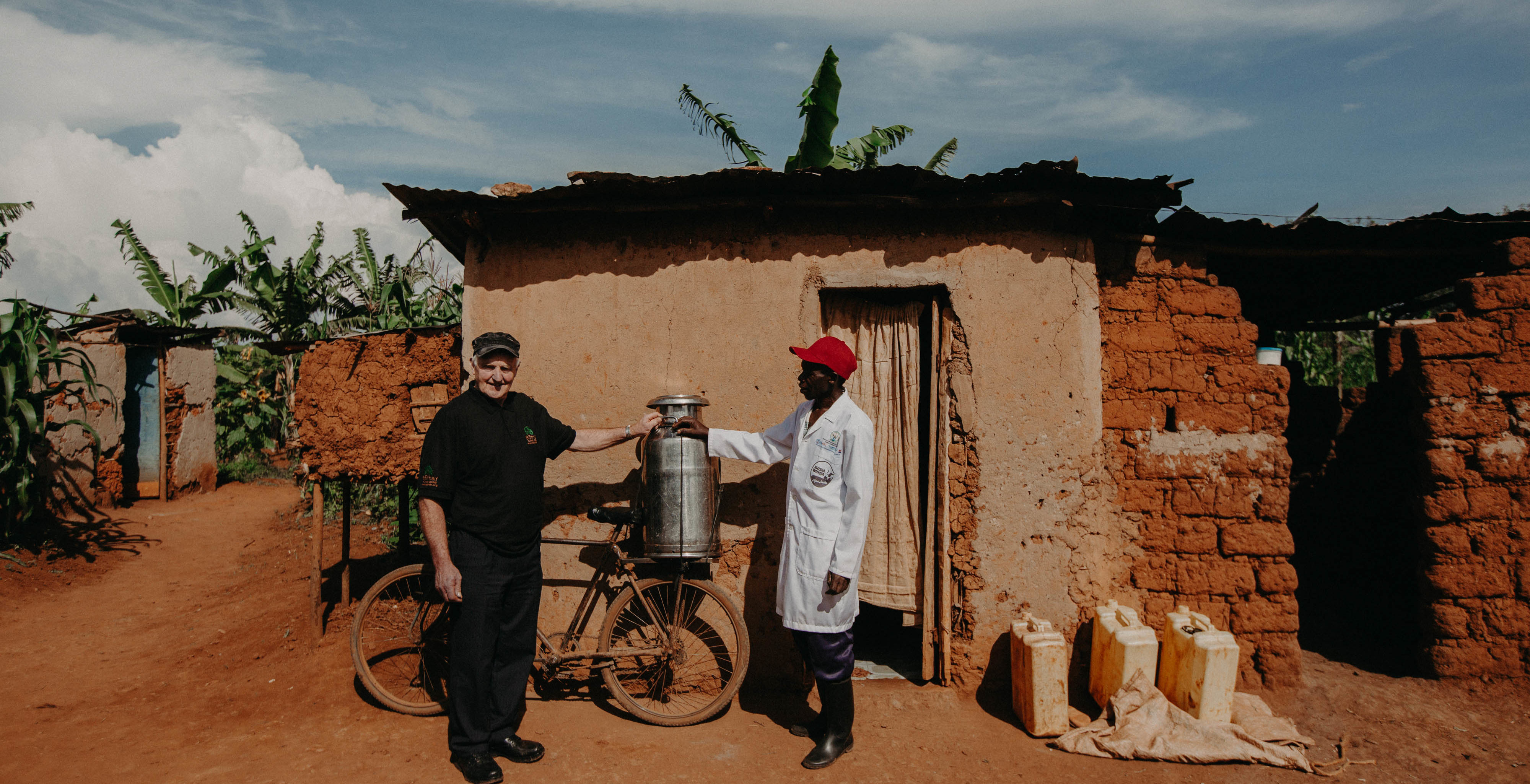 The Kerry farmer said he was overjoyed at seeing the difference the cow had made and also at being reunited with her one last time.

“I never dreamed in my life I’d ever again see that cow. I think she recognised me. We took a photograph of that cow before she left the farm and I have that photograph at home.

“The calf is the spit of her mother, star on the forehead and the stripe on the shoulder.” 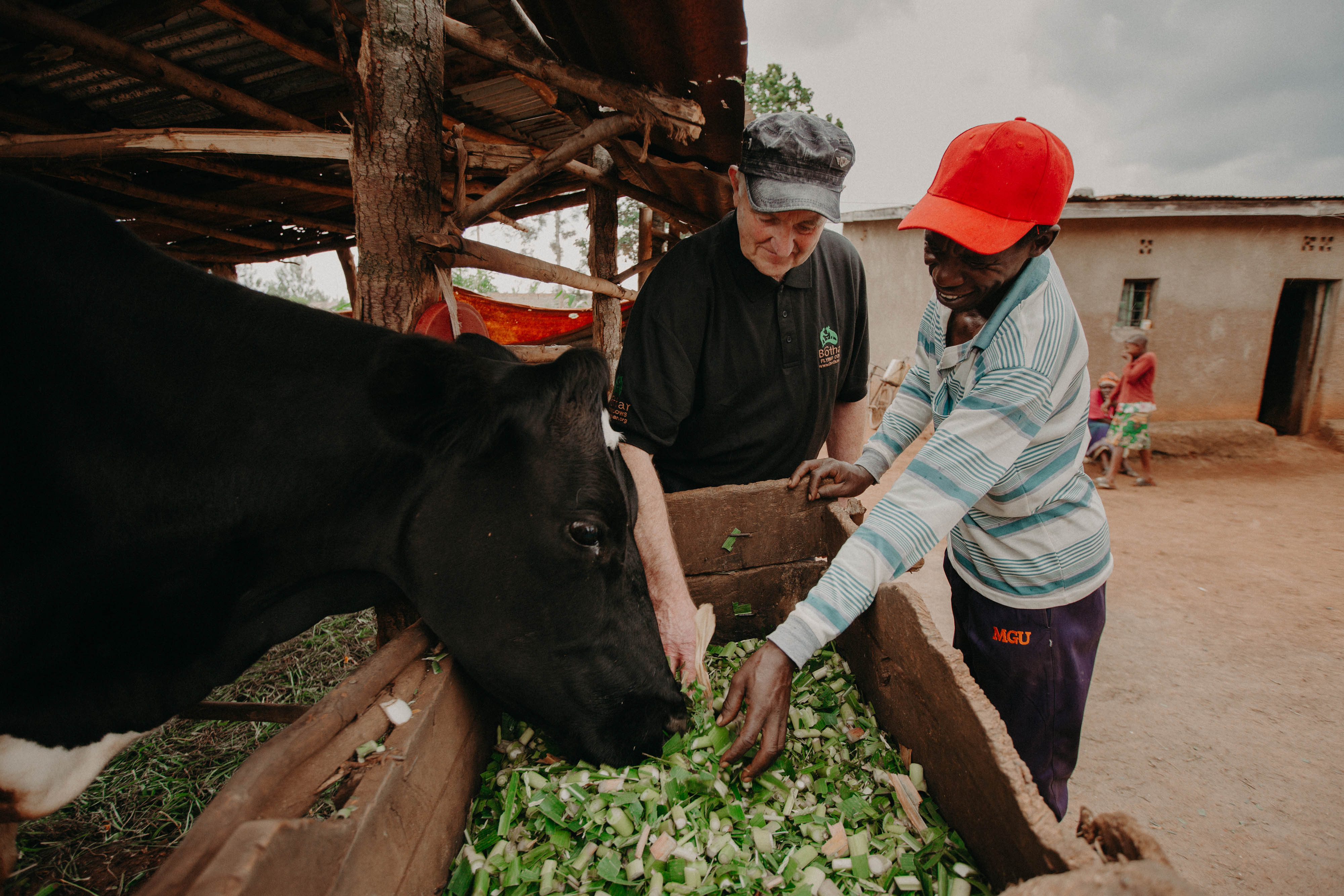 Looking back on the donation and the reasons for it, he said: “My farm is situated in east Kerry, and we milked cows there all my life. When we decided to give up the cows, we went into suckling.

We said we’d donate this heifer to a country that would need it more, and this was the last heifer to come from my farm.

Tim was impressed with the cow’s condition, noting that the farming practice is very good in the area.

“I’m delighted. Couldn’t be happier that I made this donation. I would over and over again.

“I’ve heard that she has been very successful with the farmer. She’s a champion cow. They had little hope of him ever being a good farmer. Well, he’s beaten all the odds; that cow is the best milker in that part of Rwanda.”

Tim’s daughter Doreen travelled with him and spoke of the impact the trip had on her father.

“This trip means a huge amount to my father to see how his donation has changed the lives of this family and what legacy this cow has given from its offspring being passed on and the help it’s given to other families, not just one,” she said. 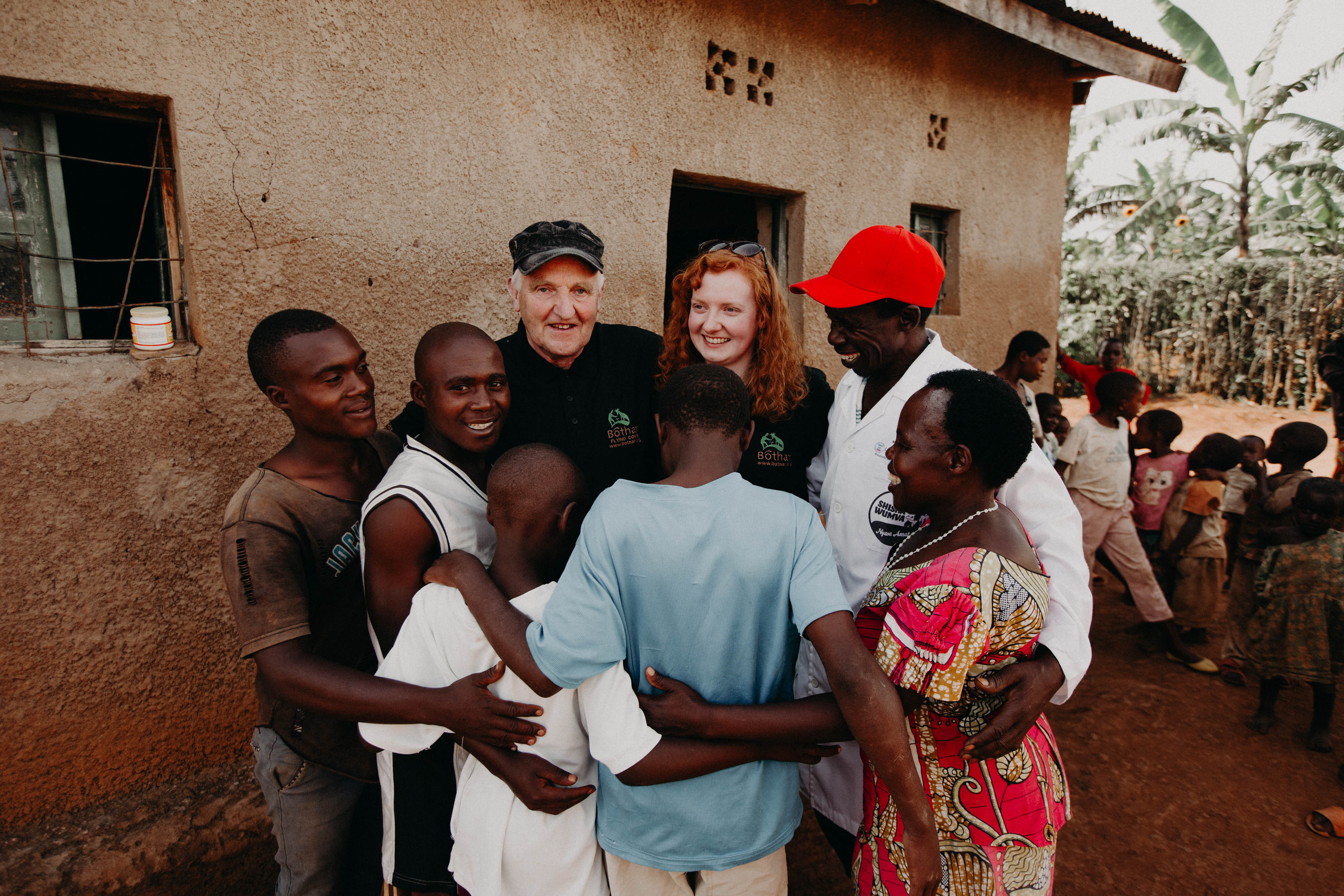 “The experience we just had, seeing my father’s cow now on this farm was just amazing; quite emotional actually to see how well she’s done and how much she’s done for the family.”

The donation of Irish cows, which have a yield six times that of the best local cows, have had a transformational effect on the lives of an estimated 1,000 plus families.

Bothar heifers arrive in-calf, with each recipient family agreeing to pass on the first-born female calf from her to another family.

Bothar returns each year to re-impregnate the cows, so the cycle continues.

Prior to being given a heifer, each family undergoes a six-month programme of training in animal husbandry, water-harvesting and basic horticulture practices. 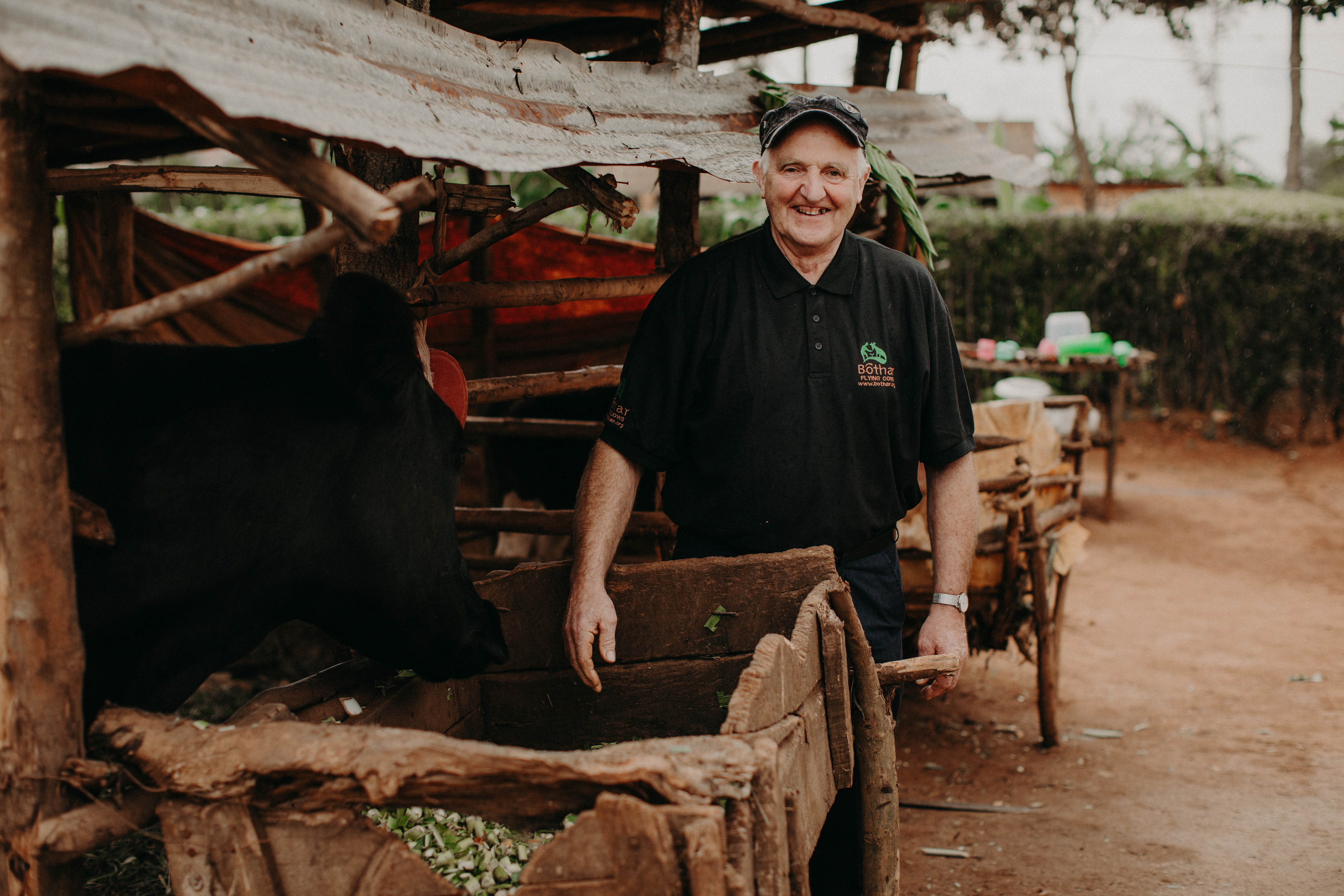