Farming falsehoods: ‘The level of vilification is out of control’ 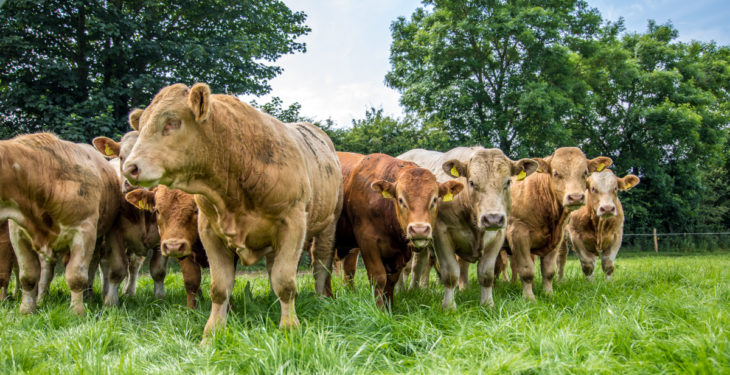 The level of “vilification” and “misinformation” being peddled about agriculture, farmers and the source of quality food is “out of control”, a farm body leader has warned.

Patrick Kent, the president of the Irish Cattle and Sheep Farmers’ Association (ICSA) has raised serious concerns over “the misrepresentation” of farmers circulating in modern society.

Speaking to AgriLand, the Wexford-based farmer highlighted how in times of crisis – such as the recent extreme drought conditions and severe storms and snow last winter and spring  – farmers are often portrayed in an “unfair” light as “needing handouts” from the state.

He stressed that a massive effort is needed to educate society on where food originates from and the work involved in producing it.

“Farmers need to be resourced sufficiently. They are treated as if they should be able to withstand the significant challenge of depleting fodder stocks; while financially, mentally and physically they are at their wits end.

I’ve met grown men crying, something I’ve never seen before in my life. The stress levels are huge but I think the respect for farmers is very poor.

“In other countries – I’ve seen it in the Middle East and around Europe – the respect for the farming population there is immense. Farmers are treated as very very important. Even if a farmer only has 16 cows.

The average dairy herd size in Austria is 16 cows – producing on average 20L of milk per day. Kent points out that this is also the average total farm production in many parts of Africa.

“Unfortunately, in recent times farmers in Ireland have been portrayed as ‘taking the money and going’. People don’t realise that that is to keep food price low,” he said.

While addressing the recently announced Government allocation of €4.25 million to a new Fodder Import Support Measure, Kent stated that a lot of people not involved in farming “don’t even engage” with such announcements.

“There is nothing about the food and the major high quality of the food here and that Irish farmers are complying with all EU legislation to produce the food.

Really the education of food and the importance of farming in the community and the fact that it is the backbone of rural Ireland – that is not being addressed.

Kent claims that recent debates between the farming community and vegan and animal welfare groups are conflating misconceptions of agriculture.

“In my view, vegan and animal rights groups shouldn’t get an equal amount of airplay as farmers on television or radio debates. They are selling false ideologies and that is very unfair to farmers and farmers are hurting from that sort of misrepresentation.

“Farmers are doing everything they can. They are complying with all the regulations and then if they don’t comply their payments are held up.

“If they don’t have something sent back or a date is wrong, even the smallest little error and their payment stops – there is no other sector in society that would put up with that,” he said.

He believes the situation could have long-term consequences to the future of farming in Ireland.

“Farmers are held to ransom and then they wonder why the demographic is getting older and older.

“The skillset required is enormous – the knowledge needed now for farming in terms of paperwork, agronomy, husbandry; it means you have to be ever so squeaky clean.

If there is a sheep lame in a field now you could nearly get reported for cruelty by animal welfare groups – they are policing farmers.

“The misinformation is being peddled by some media and then you have the keyboard warriors who think they are so brave. The level of vilification is gone out of control on social media.

“They don’t want to know where their food comes from. But if the shelves are empty like with what happened during the snow, temporarily for a week or so, they will be appreciative of farmers,” he concluded. 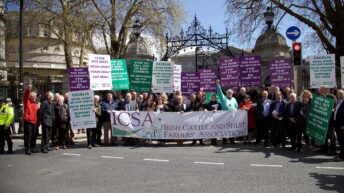 25 years of ICSA to be celebrated on Friday