Farmers to hear about the consequences of proposed Dublin-Shannon pipeline

Landowners who might be affected by the proposed Dublin-Shannon pipeline are being encouraged to attend a public meeting tomorrow, December 10, in Nenagh, Co.Tipperary.

Organised by the ‘Fight The Pipe Ireland’ group, the meeting will take place in Ashley Park House at 2.30pm.

The meeting will be addressed by a barrister and a tax consultant who will discuss the legal and financial consequences.

Last month, Irish Water published its preferred scheme to route water from the River Shannon to Dublin, to supply Dublin and its hinterland with water. In the region of 500 landowners could be affected along the 170km of the proposed route.

Liam Minehan of the Fight the Pipe Group has said that the barrister and consultant will explain to landowners on the day what their rights are around the pipeline situation and compulsory purchase orders (CPOs).

Minehan said a report, called the Kennedy Report, has found that Dublin has never had a raw water shortage – it has a treated water shortage.

According to the report, Dublin has no shortage of raw water -its problems (and its recent water crises) have been due to Victorian-era water infrastructure with a history of under-investment resulting in insufficient capacity to treat/deliver water.

The Kennedy report states that Dublin has a total leakage rate in its water network of over 40% (comparable to Mexican cities) so for every litre of treated water put into Dublin’s water pipes almost half of it ends up in the ground.

Advertisement
The focus, the report found, needs to remain on improving Dublin’s ability to treat and deliver its plentiful supply of raw water and this preferred scheme to source extra water from the Shannon is an unnecessary waste of money.

To address the raw water shortage, the Kennedy report suggests that if, at some point in the future, Dublin does need more raw water then local groundwater is the best option.

During the consultation for the project the Geological Survey of Ireland made a submission saying that “the use of groundwater should not be overlooked…it has a number of advantages over the use of surface water”.

It is a viable and widely available resource that would be relatively inexpensive to develop at a local level, the submission said. However, this option was ‘dismissed’ during the process.

The finding of the report is that the Shannon project needs to be put on hold immediately and re-assessed. 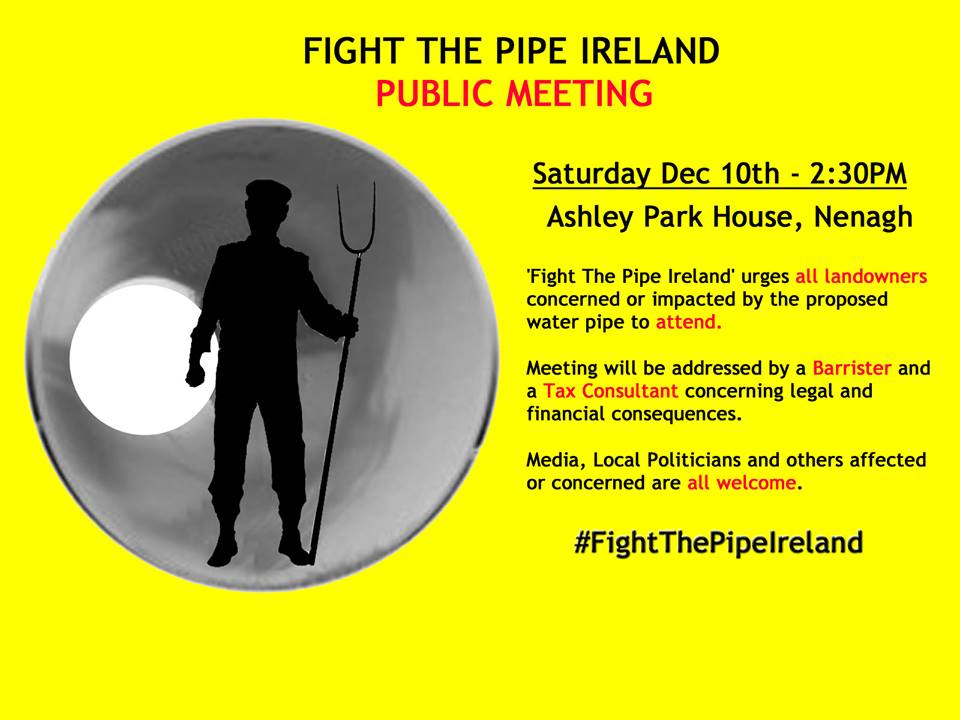 The proposed water supply project comprises the sustainable abstraction of water on the eastern shore of the Parteen Basin in Co. Tipperary.

Under the Preferred Scheme, treated water would then be piped 170km to Peamount in South County Dublin, with the treated water supplied being made available to Midland communities along the route.

Currently, Irish Water is looking at a 200m wide “Preferred Pipeline Corridor”, which it plans to narrow down to 50m following a consultation process with stakeholders.