New lending to the agriculture sector fell back in the second quarter, but remains consistent over the past three years according to new figures.

The Central Bank publishes figures on a quarterly basis for credit advanced to Irish-resident small and medium sized enterprises (SMEs).

New lending and outstanding loans in the primary agriculture sector for the three years to the end of June this year, has been fairly consistent over the last three years, averaging €150m per quarter. 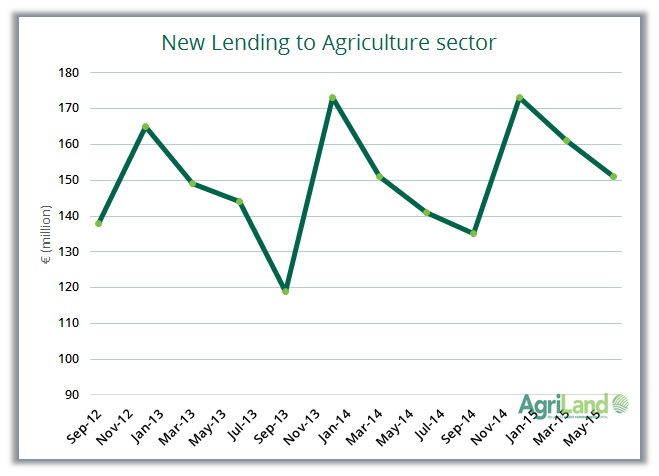 Teagasc and Bank of Ireland launched a report earlier this year, which indicated that, relative to the EU average, Irish farms have low debt and high asset values.

The average level of debt on all farms (farms with and without debt) in 2013 was €24,000. Dairy farms had the highest level of debt at an average of approximately €62,000 for all dairy farms.

Addressing Irish farm indebtedness recently in a parliamentary question the Minister for Agriculture Simon Coveney said as part of the regular contact that he maintains with the banks, he recently met with the CEOs of the three main banks to discuss issues relating to the sector.

“All consider the sector to be vitally important to them and have specialised offerings to farmers, especially young farmers.

“I have stressed the need for them to be flexible in the context of increased income volatility and they all informed me that they are aware of the challenges facing farmers in this regard,” he said.