The event at Ballykilcavan Brewery on Friday, June 21, is a collaboration between the newly-opened craft brewery and chef Martin Hayes, of Bloom Restaurant in Portlaoise. The on-farm brewery has been in production since December.

“We are producing our core range there, along with our first lager and a few festival specials, some of which will be appearing in cans later in the year,” said David Walsh-Kemmis. “The batch size is 1,000L and we’re producing an average of 3,000L a month at the minute, but we expect to start increasing that shortly as we look to the export market.”

Chef Martin Hayes, who has designed a Midsummer’s menu to highlight the best locally produced food and drink, said that Laois has a wealth of great food producers. “We really want to show off their produce to a wide audience in the beautiful surroundings of Ballykilcavan.” 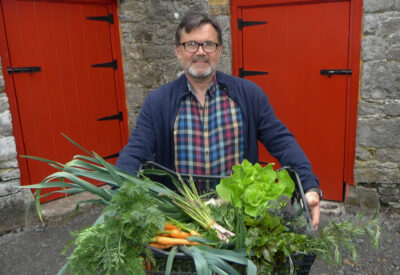 The Midsummer’s Day menu will feature:

“We’re restoring the 18th century farmyard and it’s a great setting for an event like this. Martin produces wonderful slow-cooked food and I’m really excited to see the menu,” David said. Meanwhile, he is keeping busy on the farm.

All the barley is up and growing well. We got our distilling barley for Waterford Distillery sown in later February, and our own brewing barley sown in mid-March. They’ve both established well and had their final fertiliser applications. We’re waiting for the next bout of good weather to get a weed spray onto the brewing barley. 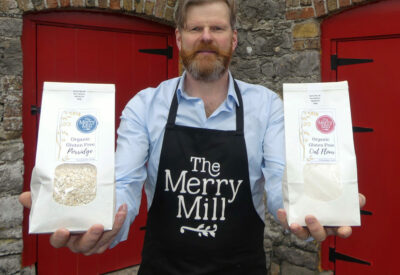 Tickets for the four course banquet are on sale from the Dunamaise Arts Centre box office in Portlaoise or online here.