The Department of Agriculture, Food and the Marine has been in touch with a farmer in Co. Kilkenny regarding claims of “failed forestry plantations”, stating that it is “satisfied that the plantation has been maintained and protected satisfactorily since its formation”.

The farmer in question, whose crop failed three times since being planted in 2013, recently spoke to AgriLand regarding the unenviable situation he now finds himself in.

In a letter sent to the farmer this week – and seen by AgriLand – the Department of Agriculture stated: “The department is satisfied that the plantation has been maintained and protected satisfactorily since its formation.

“Accordingly, payment of the second installment grant in the amount of €1,524 has been approved under the National Development Plan which is financed by the state.

“Payment will issue shortly to Green Belt Ltd in accordance with your mandate instruction.

You are reminded that if you fail to maintain and protect this plantation adequately for a period of 20 years from the completion date, you will be required to repay to the minister all grants and premiums paid in respect of the plantation.

“Such repayment would be subject to the netting policy of this department, i.e. debts may be recovered by deduction from any other payments due to you from the department.

“In accordance with the undertakings given by you to abide by the terms and conditions of the Afforestation Scheme, the department must be notified in writing of any change in the ownership of the grant-aided plantation. 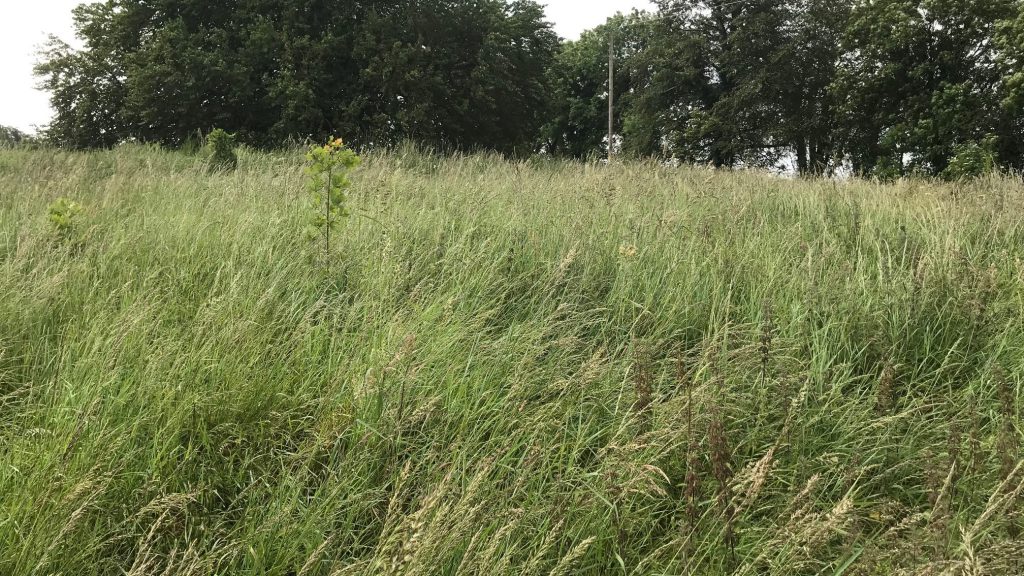 “The felling of trees and the protection of forest plantations is governed by the provisions of the Forestry Act 2014.”

Prior to the arrival of the letter, the farmer – who does not wish to be identified – said that he has not been able to access the report that the department was supposed to have carried out.

We don’t believe that the department has ever inspected our forestry. However, the forestry has been deemed as established.

“We would have purchased this land in 2017; we’ve taken a total of €600 out in premia,” the landowner said previously. 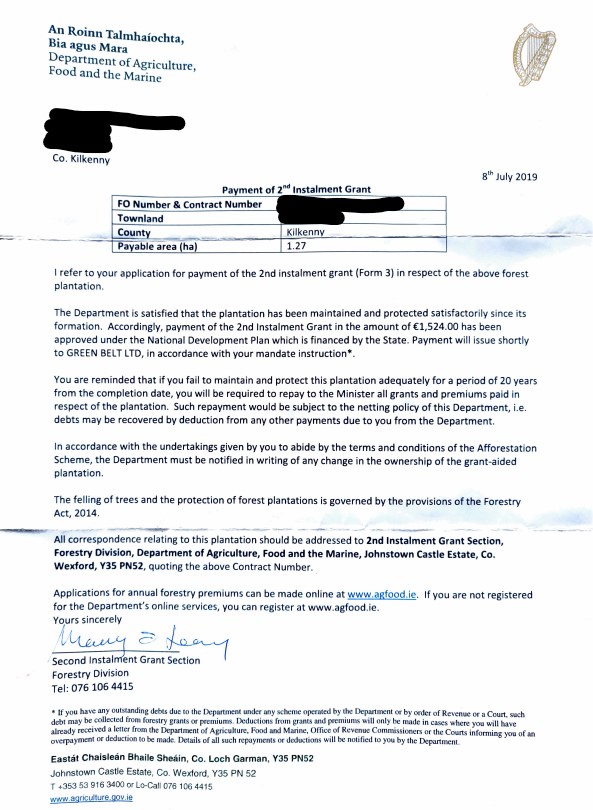 The farmer added he can either take out the crop now, and take a bill of more than €5,700 to do so; or leave what’s left of the crop to mature – and bear the consequences.

Rock and hard place: The 'ticking time-bomb' of failing forestry