In the last number of weeks AgriLand has attended a lot of open days, each one with lots to offer, but one highlight was a step into the past – the heritage variety trials at Backweston Farm.

In the past number of years the Department of Agriculture has been bringing some of these varieties from the seed bank back to life. One use for these old varieties is in the malting industry.

Hunter is one variety which some people may be familiar with and on the day Cara MacAodháin, who heads up the programme, had a bottle of beer to show the crowd.

That beer was produced using Hunter barley from Athgarrett Malt and was brewed by Canvas Brewery. He also had a bottle intended for whiskey which was distilled by Blackwater Distillery.

Keeping with our history, the department is using a Hege combine, pictured below, to harvest these plots. This combine was used in the old breeding programme in Ballinacurra. The department continues to use the combine as it is easy to clean down between plots to avoid cross contamination. 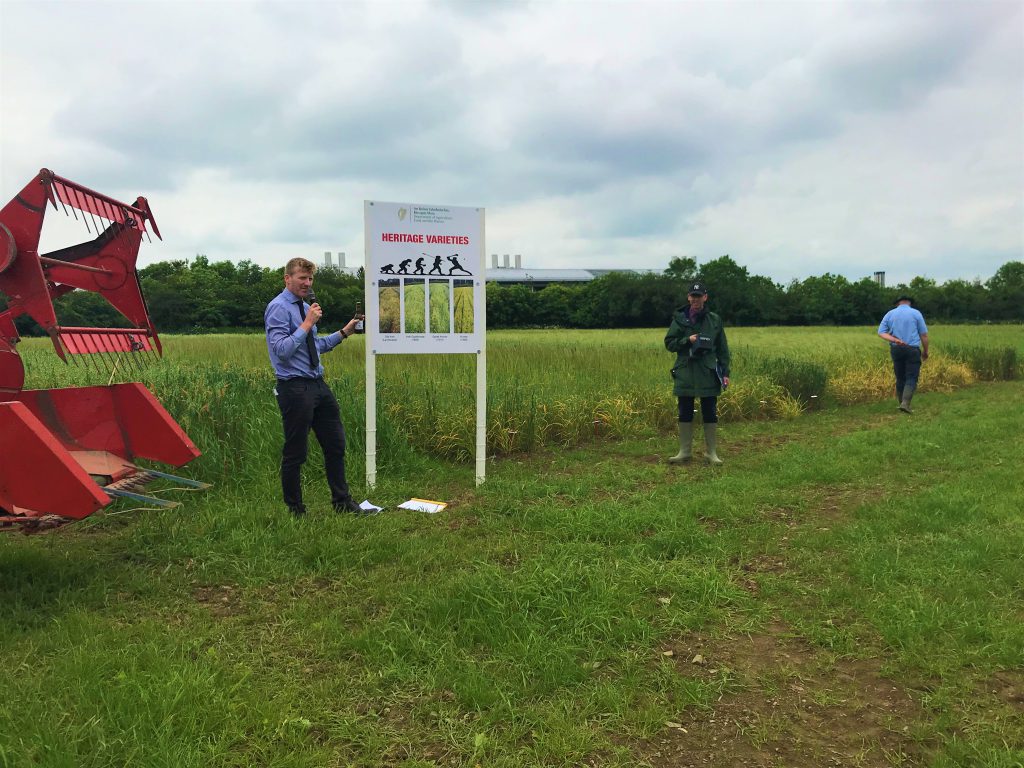 Why is it important to have a gene bank?

Cara explained that gene banks have been established all over the world because of the loss in plant genetic diversity over time and the potential importance of the germplasm within those gene banks in conventional plant breeding programmes in the future.

“You cannot breed new varieties using conventional methods without genetic variation and that is exactly what germplasm in gene banks provides.”

He added that the germplasm in gene banks may have traits that will be able to deal with some of the challenges posed by climate change.

For example, drought tolerance and waterloggong resistance, as well as disease resistance traits which are increasingly important given the loss of some plant protection products from the market.

Ireland’s breeding programmes of the past

Many of the varieties on display were actually bred by Ireland’s breeding programmes in the past.

“Growing here we have the named varieties of wheat, oats and barley that we have in the gene bank. A lot of these varieties would have been bred by the department in the past,” Cara explained.

The wheat varieties, such as Glasnevin, were bred in the Albert College, which was part of UCD at the time. 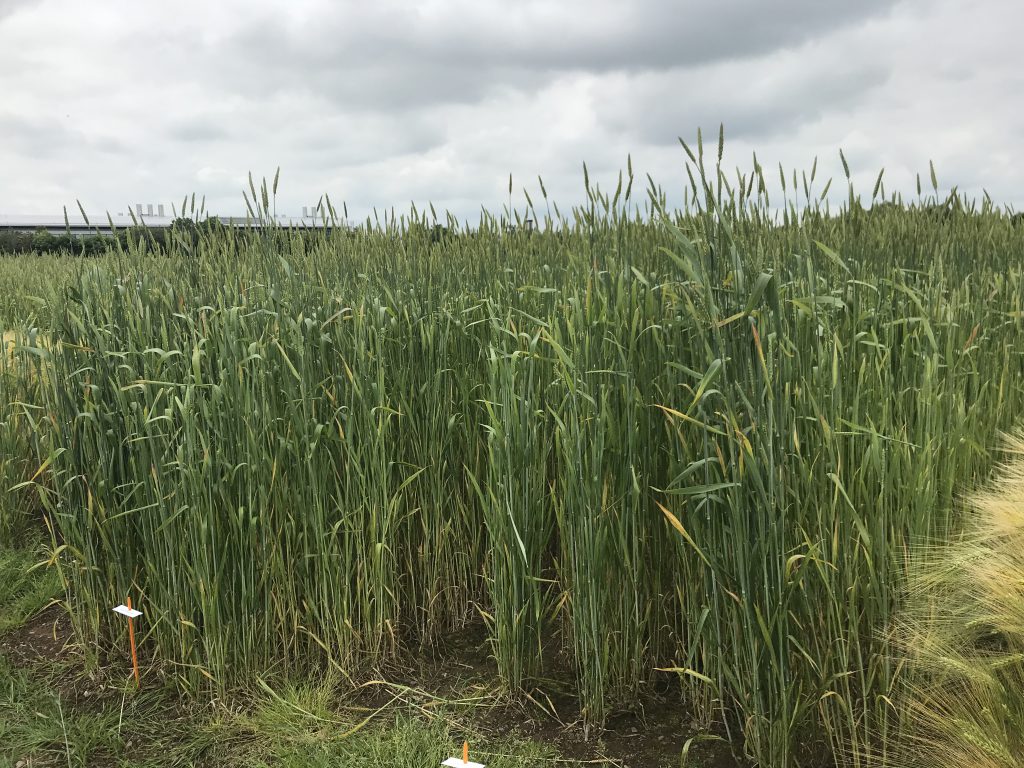 Some of the heritage wheat varieties on display

Why the interest in malting?

As mentioned above, there is particular interest in some of these spring barley varieties for malting. Many craft beer producers see the use of these varieties as a unique selling point.

“We’re facilitating and developing a niche industry. There’s huge interest in the heritage malting barley varieties at the minute for distilling and malting. Some of them have gone into micro breweries and distilleries.” 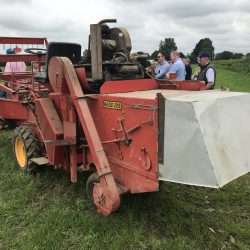 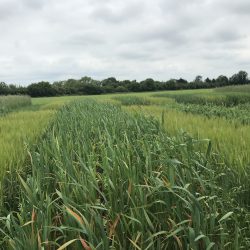 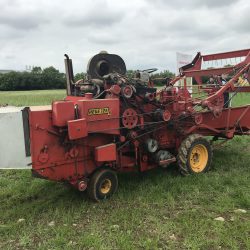 Cara commented that some of the product is now coming on stream.

“The interesting thing that we’ve heard back on the malting barley is that the aroma from the malt and the product is significantly greater than the more modern varieties.” 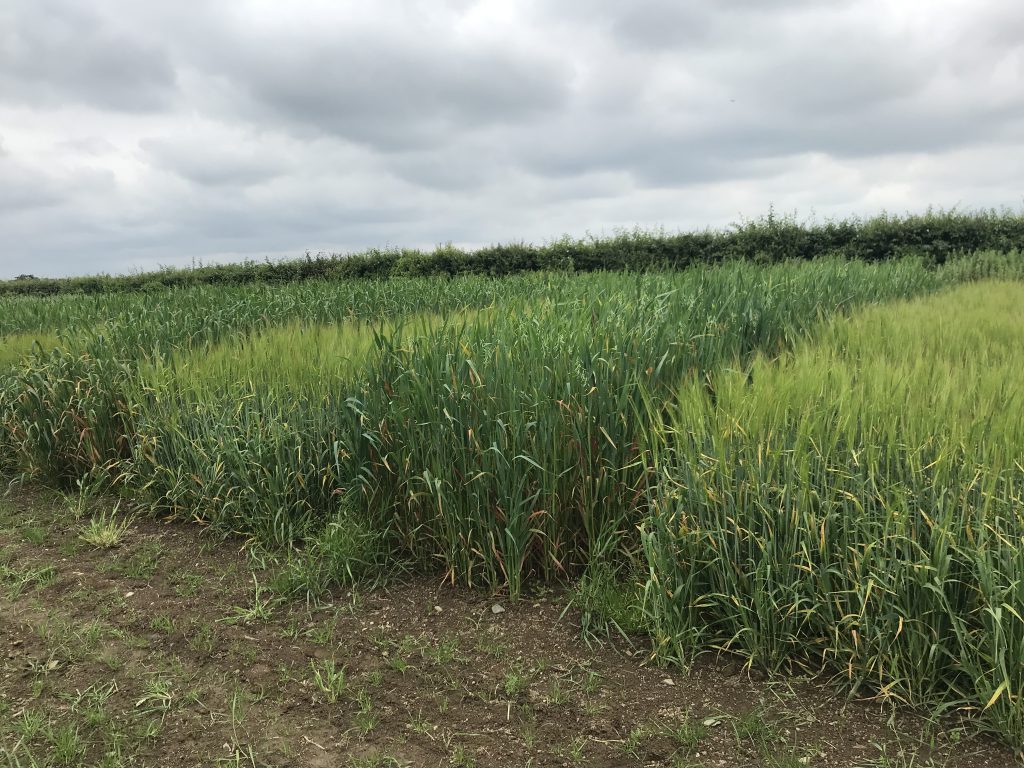 How do the varieties differ from those of today?

One difference that Cara noted between the heritage varieties and today’s varieties of spring barley was tillering capacity.

“Spratt Archer was one of the first varieties bred in Ballinacurra. Growing in the glasshouse it would have had 48 tillers, with 40 productive. This is compared to a modern variety where you would have 38 tillers and only 17 productive.”

The gallery below shows crops of Emma, Hunter and Beorna spring barley. 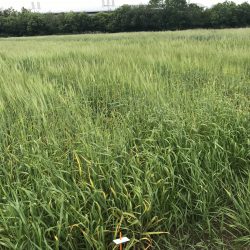 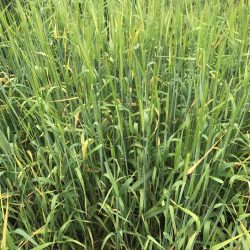 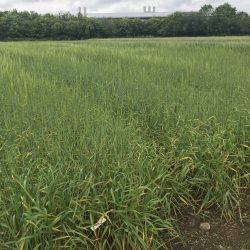 “The other thing is rooting mass. The older varieties didn’t get the nutrition that modern varieties would get, but they had to go searching for their own nutrients.

It’s very interesting. It may have implications in the future for drought tolerance – Teagasc is looking at that at the minute.

From looking at the images in this article you will notice that some of the varieties are very tall and Cara noted that while they do fall after heavy rain they have an ability to bounce back up. For example, Hunter was significantly better than the earlier varieties to stand.

Work will continue on the project and the department is working with Teagasc.

“All of the germplasm has been provided to Teagasc for the VICCI [Virtual Irish Centre for Crop Improvement] programme. These varieties have traits that may well be able to deal with climate change in the future. 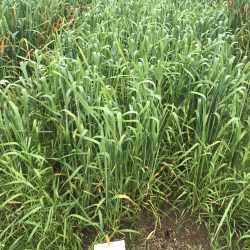 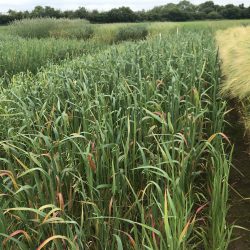 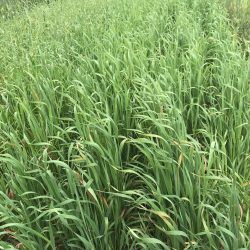 “We have a characterisation programme. All of these varieties have been characterised and are going to be placed on the conservation catalogue.

“These varieties because they’re native Irish varieties can only be grown in Ireland and they’re limited on production – for barley it’s 0.3% or 100ha [whichever is greater].”

Interestigly, Minch Malt is increasing the production of heritage varieties. Next year the aim is to have 90t for malting and distilling.