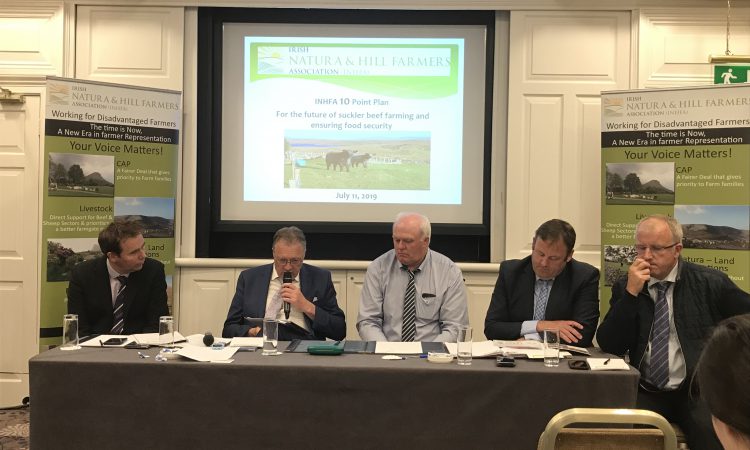 The Irish Natura and Hill Farmers’ Association (INHFA) has called for the introduction of a beef cow/calf health plan to provide support for suckler farmers.

The farmer group calls for a front-loaded payment of €200 for the first 10 cows of participant farmers, with a degressive payment on the next 15 cows.

A 20% replacement rate which would facilitate a payment for sustaining replacement heifers on the farm of origin in the second year as these home-bred heifers have built up immune systems – thus reducing antibiotic usage.

Cows entered for the scheme would be reuqired to calve within a 14-15 month time frame, according to the INHFA, while the plan should be an annual scheme where farmers could opt out without penalty.

The organisation recommends a front-loaded payment model to incorporate a number of actions for participant farmers to engage in, including: vaccination of calves prior to weaning to address pneumonia; mineral supplementation of cows or calves; scanning; and faecal egg sampling for calves to ensure management of worm control.

Other proposed actions under such a plan would be: promotion of outdoor calving; vaccination of cows before calving in susceptible herds with a history of viral pneumonia; choosing stock bulls or AI for better maternal traits and reduction in calving difficulty; dehorning and castration in line with animal welfare requirements; and weaning nose pads and/or adjoining stock-proof paddocks to reduce stress pre-weaning.

“With the possibility of the new Common Agricultural Policy (CAP) not commencing until 2022 – or even 2023 – there is the need to get direct support to farmers in the coming year with a view to rolling this into the new CAP whenever it starts,” INHFA president Colm O’Donnell told attendees of the launch today.

“The INHFA is now calling for a nationally funded scheme to be piloted in 2020 and must include suckler farmers not in any of the current schemes.”

According to the INHFA, a first draft of the plan has already been submitted to the Department of Agriculture, Food and the Marine for consideration. 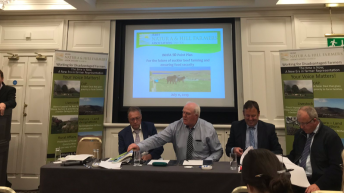