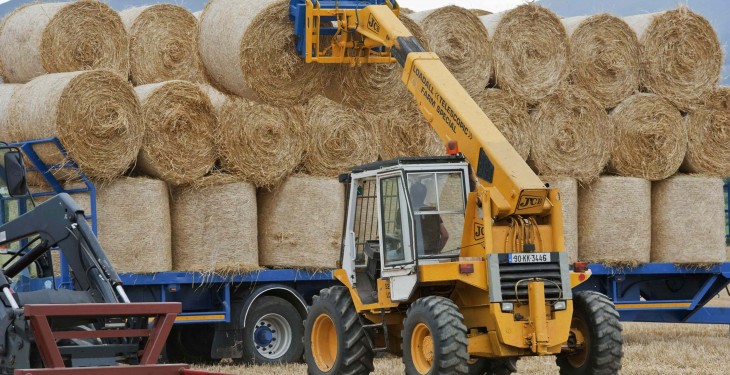 ESB Networks has issued a public safety warning to the farming community about transporting high loads of hay and straw which may come in contact with overhead electricity wires.

Speaking about the issue, Arthur Byrne – safety manager with ESB Networks – said: “At this busy time for farmers, ESB Networks is concerned about a number of incidents where tractors pulling high loads of hay and straw have come in contact with the overhead electricity network.

In one case, a high load pulled down live electricity wires, both the tractor and load caught fire. Thankfully the driver escaped injury, but it serves as a timely warning to the farming community of these hazards.

Electricity wires are erected in Ireland at international height specifications that permit the transit of loads safely. However, serious problems arise when loads are too high and interfere with live overhead electricity wires.

When loading hay and straw onto a tractor or lorry it is important to always ensure that the load is low enough to allow for safe transit, and to avoid putting the public at risk, according to ESB Networks.

Transporters of hay and straw are encouraged to contact ESB Networks if they have any doubts regarding whether or not there is adequate clearance for their load.

Coming in contact with overhead electricity wires is extremely dangerous and can be fatal.

Concluding, ESB Networks stated: “Never – under any circumstances – touch an electricity wire or anything the wire may be in contact with, including the inside or outside of a tractor/lorry/trailer.”

The warning also encouraged farmers to read the ‘Farm Safely with Electricity’ booklet as well as the ‘Code of Practice for Avoiding danger from overhead electricity lines‘. Both of these can be downloaded from ESB Networks’ website. 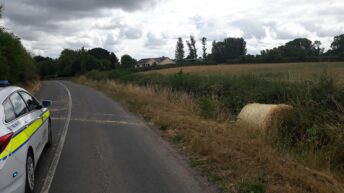