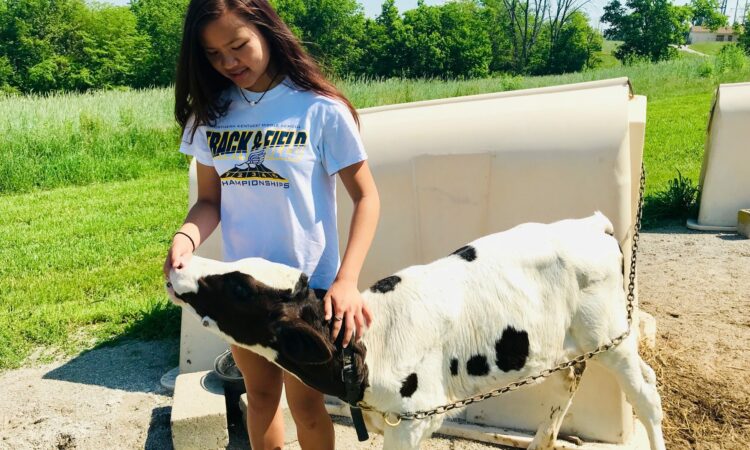 In November 2014 Eddie Gibson, a dairy farmer from Walton, Kentucky, became the first farmer in the state to install a robotic-milking system.

It had been a banner year for milk producers in the ‘Bluegrass’ state, where milk price reached an eye-watering $27/100lbs (€0.54c/L).

But for Eddie, a fourth generation farmer, the price high meant just one thing – an opportunity to invest in family life and in his little girl, Maddie. 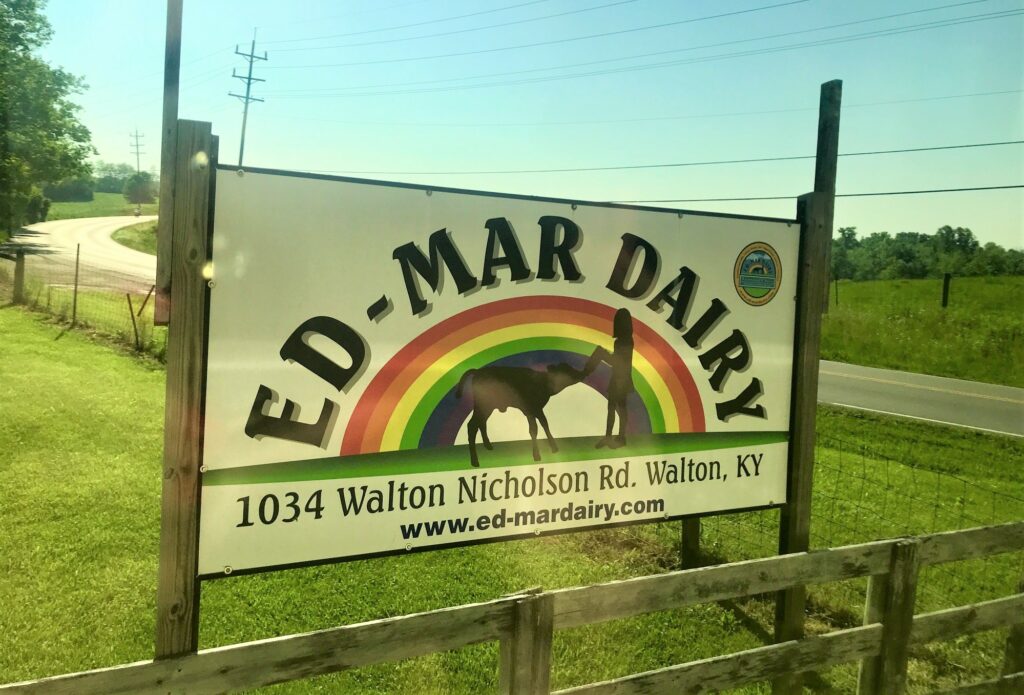 At the time his daughter Maddie (now aged 13) was very involved in school plays, extracurricular activities and team sports.

However, these were joys her father could rarely behold due to his on-farm commitments milking twice-a-day (TAD).

And so, he decided to make a significant investment in a Lely Astronaut and to diversify his enterprise into the cheese market, after securing a United States Department of Agriculture (USDA) value-added grant worth $90,000.

But just five years later, Eddie tells AgriLand – during a farm visit organised as part of ONE19: The Alltech Ideas Conference – that his dairy ventures haven’t worked out quite as he had planned – from a financial standpoint at least.

Today his herd has been reduced to 53 cows which are predominantly housed at his 130ac holding. 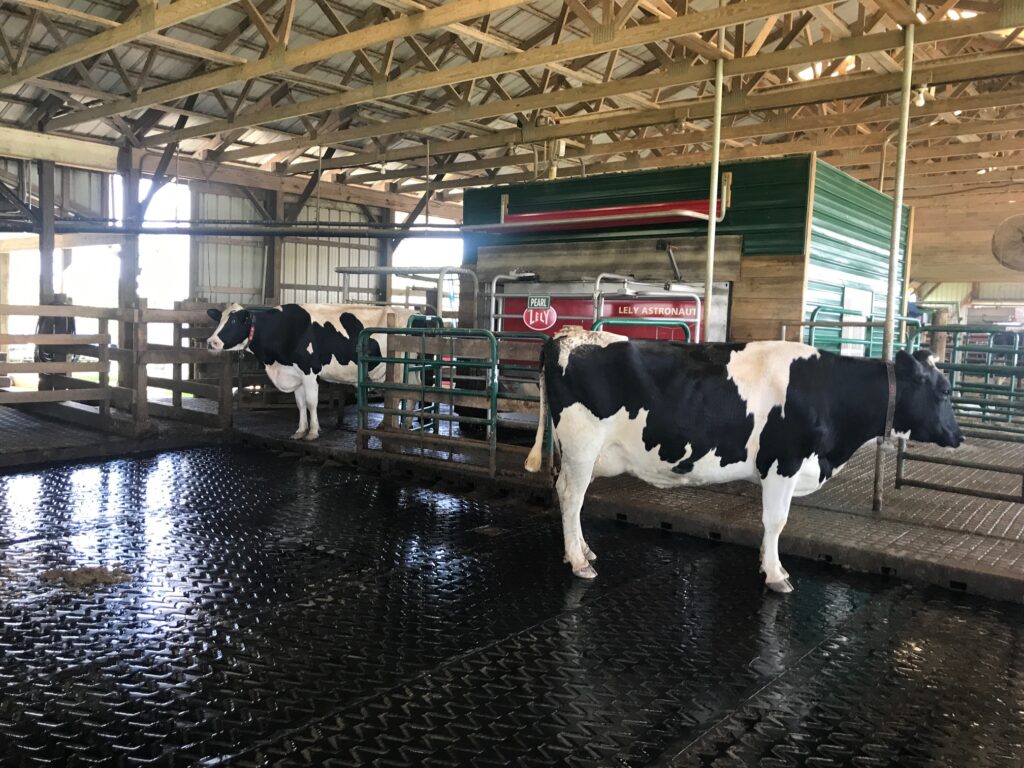 Now his biggest concern is that the farm will cease to exist under his watch.

“I got the robot in 2014 because I was looking for a way to spend less time at the barn because my daughter was growing up and I was always working.

But milk prices have been so lousy since I bought it, that it’s really been hard keeping up with bills and going into debt more – every day it seems.

“If I had to do it all over again I would still do it, but it hasn’t been easy. In the short term things are expected to improve, but long term I’m not optimistic,” he said.

Eddie’s story is not unique to Kentucky – which is surprisingly now considered a “milk deficit” state.

The last few years have been extremely challenging for Kentucky’s small family-run dairy producers who are being continuously squeezed out of the market by larger, more intensive operations that are sought after by powerful retail corporations. 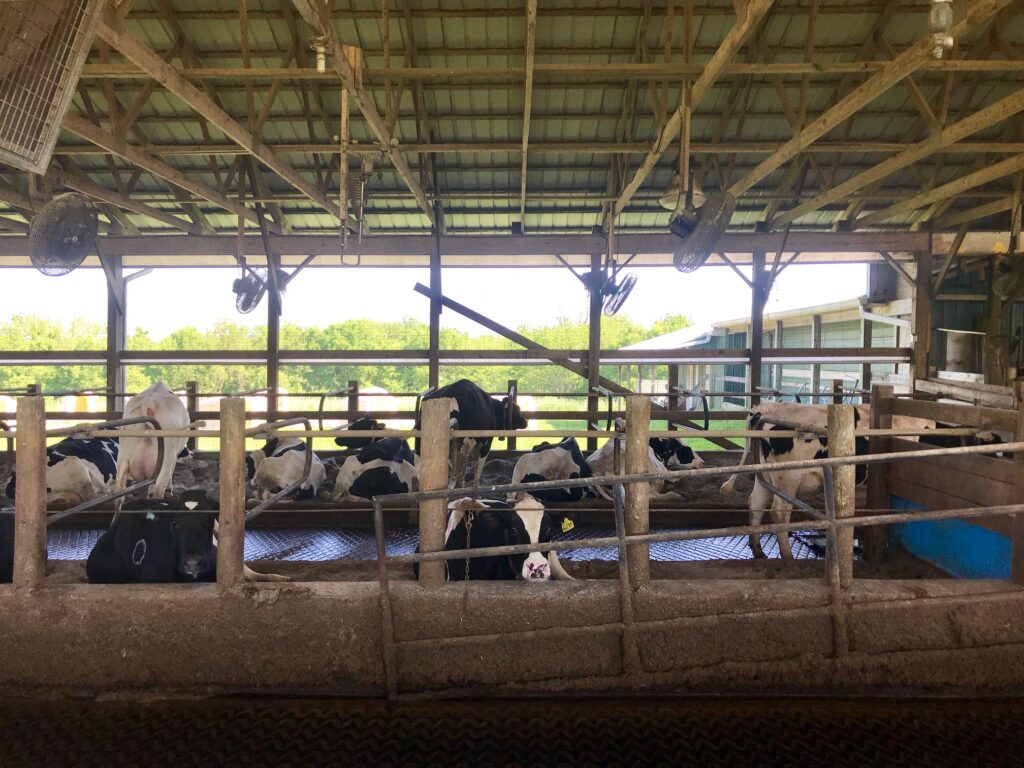 It has been widely reported that more than a dozen small-scale dairy farmers in the region were also dealt a major blow when dairy giant Dean Foods announced its plans to close its processing plant in the state’s largest city, Louisville.

It is understood that the move came about because Walmart decided to build its own processing facility in Indiana where it could work more directly with a limited number of large-scale dairy farms – instead of dealing with a larger number of smaller operators.

While the number of dairy farms in Kentucky stood at approximately 600 at the start of 2018 – milking 100 cows on average; the regional press recently reported that this figure has now dropped to just over 500 farms.

Whole dairy herds have been sold at local stockyards in the region over the last six months.

But, his sense of insecurity and uncertainty over the long term future of his farm – which he has manged  since 1982 – remains palpable.

The situation has been compounded by the challenge of breaking into the cheese market. 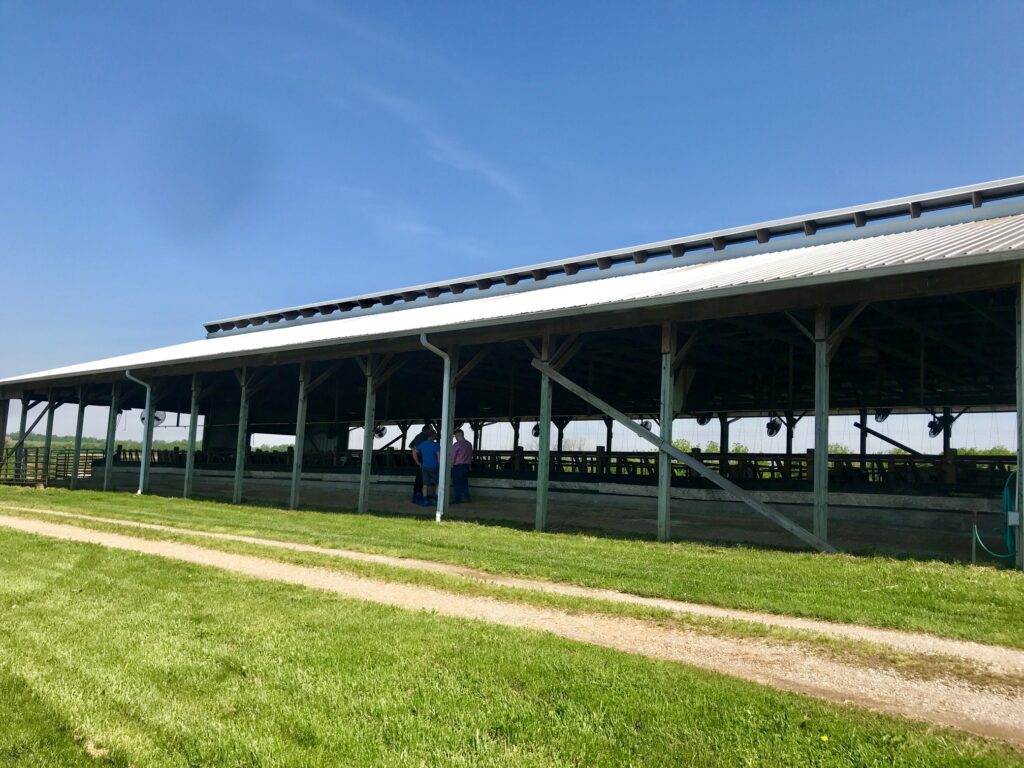 “I had hoped that we could make some money with the cheese; but it’s so expensive to get it made and packaged and to get it to the buyer that there is not much left over at the end.

“We’ve been doing it six years since we got the grant – but it’s a cost share agreement where you have to spend the money to get half of it back over a three-year period. That’s past now.

Rachel Wade, marketing manager at Ed-Mar Dairy who looks after the cheese side of the business, expanded on the challenges of diversifying the holding.

When we first got the grant we were already in trouble. But because the last four years have been so tough with liquid milk it hasn’t helped us as we had hoped.

“We just don’t have as much money as we need to put into marketing,” she said. 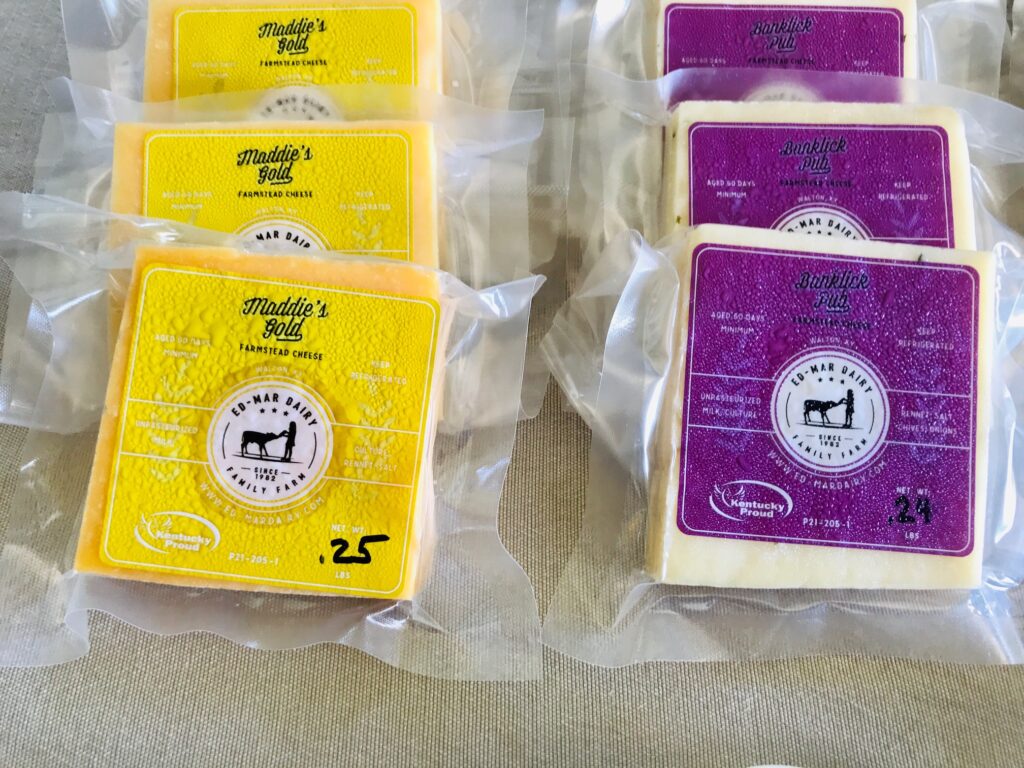 Ed-Mar Dairy offers several varieties of semi-hard and softer cheeses – the first of which was a double Gloucester cheese named ‘Maddie’s Gold‘ after Eddie’s only daughter.

Other varieties include: a Colby cheddar; a Cotswold cheese; a young Parmesan; and a softer melting cheese.

However, consumer demand is also slow in the region.

“The US is not as adventurous with cheese. What we’ve found with cheese is that everybody says they want the farmer market product – but nobody wants to pay for it. 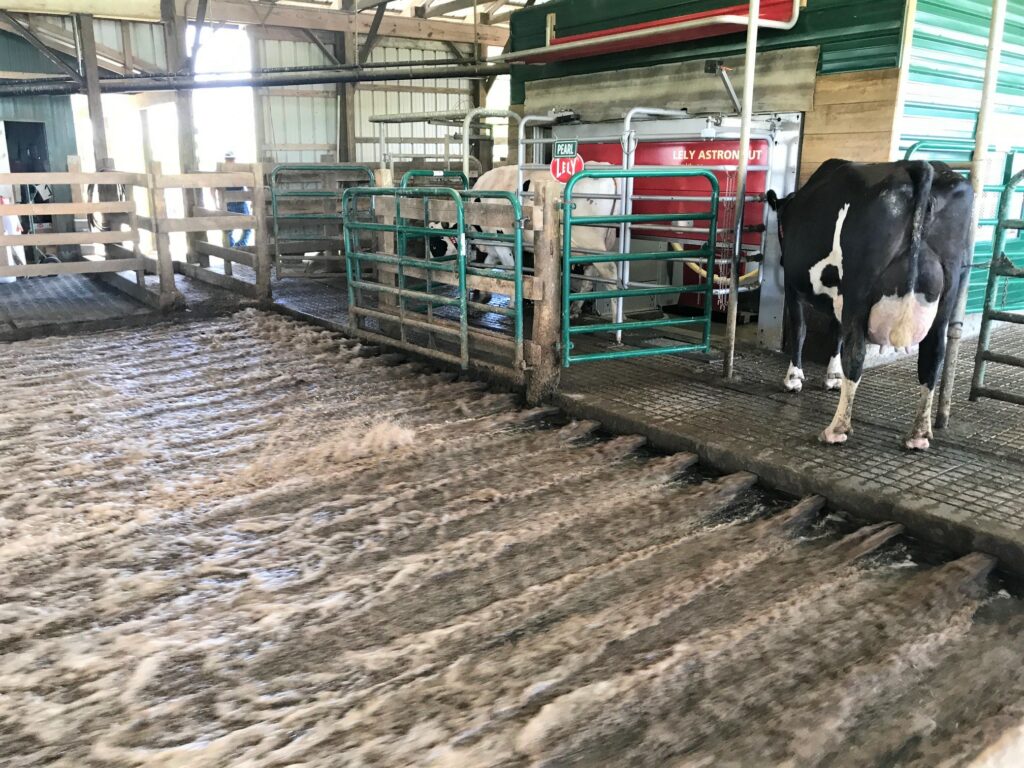 “Even the restaurants – we would have several of what would be classified as ‘farm-to-table restaurants’ around that say they are niche and that they change their menus by the season.

“But we only have one that really lives it, so that is difficult,” she said.

“We have a distributor [Local Food Connection] which works with local artisan farms and so that helps on the delivery side – but they’ve noticed the same thing, meat and cheese are the first things that restaurants will cut if their budgets are tight,” said Rachel. 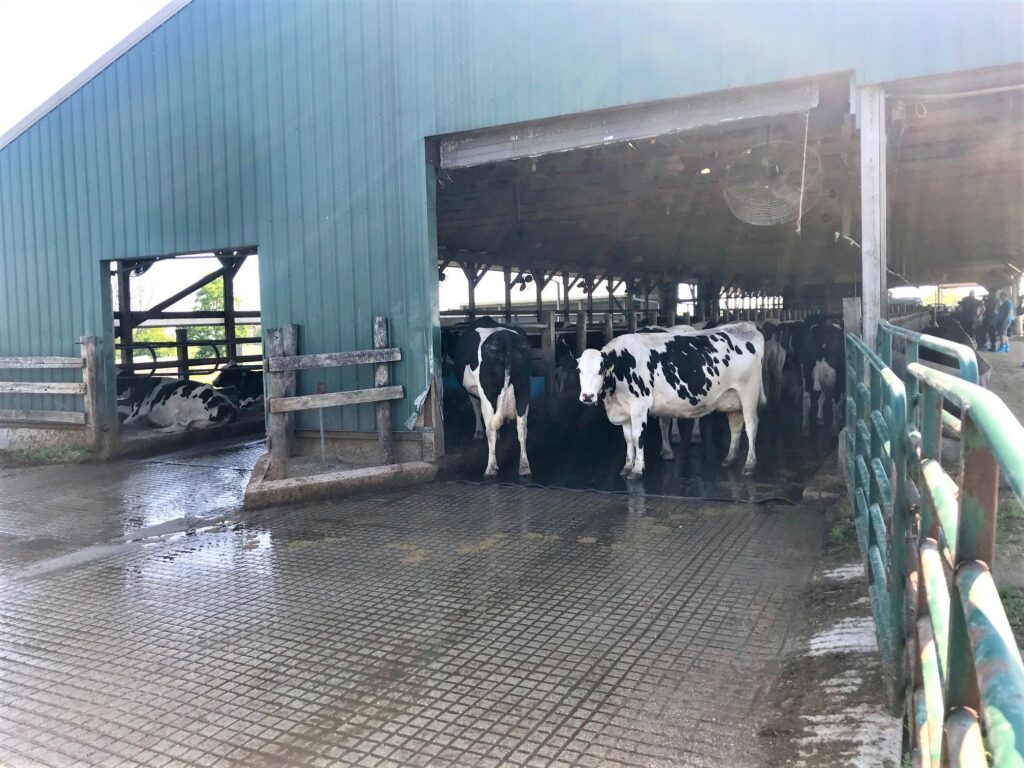 The dairy mostly – which partners with another small dairy operation to process the cheese – supplies mostly into the northern Kentucky and downtown Cincinnati market – selling to restaurants, wineries, small butcher shops and small specialty markets.

However, Rachel says American consumers have still a long way to go to understand and appreciate the “gate-to-plate” concept.

“They think they want it until they go to the farmers’ market. It’s like this never-ending cycle, no one in the small foods market is seeing profit,” she said.

Dan Riddell, has been the nutritionist at Ed-Mar Dairy for the last three decades.

Although he visits the farm just once every six weeks, he has played a central role in tightening the cost of production at the enterprise where cows are now milked between 3.5 and 4 times/day using the robotic milker. 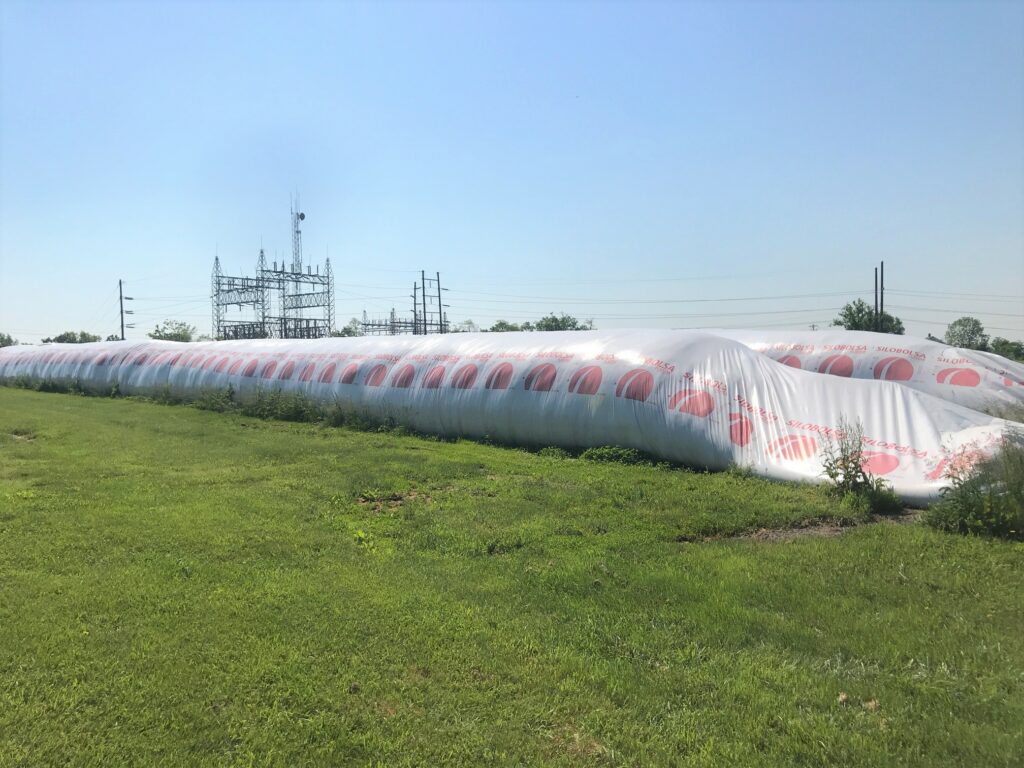 He says Eddie is “pretty typical” in terms of what he feeds.

“Corn silage is the basis for most of his cows’ rations. He had been feeding a lot of western alfalfa, but within the last two or three months he has taken that out and taken on some other things because of the economics.

Eddie is trying to do whatever he can – we are trying to be selective in what we do here to reduce his costs and at the same time to maintain production.

“His cows are holding up fairly well, even with cutting out some of these things. He’s on hay, his own corn – an ear corn – most people use shell corn – but he likes ear corn; it’s just easier for him to harvest.

“He also uses soya bean meal and distilled grains because there is plenty of it here in Kentucky with all our bourbon industry. 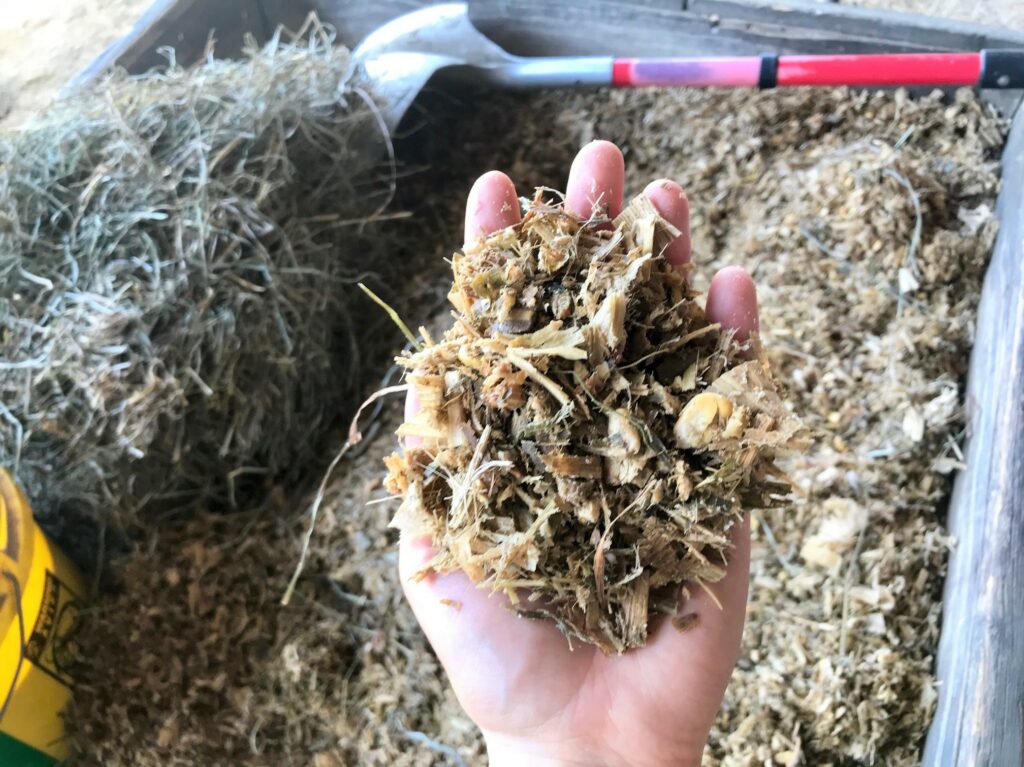 No antibiotics or artificial hormones are present in Eddie’s milk or cheese.

Dan regrets to admit that Eddie is part of what’s “disappearing” in the state of Kentucky and throughout the country, that is the small family farm.

The prices are such right now that it’s getting really hard for him to compete.

“For farms of this size to survive they probably have to branch out into other enterprises, but for a lot they just can’t afford to do something like that which to me is sad,” he said.

Eddie says there is a lack of political will to protect small holdings.

“That’s the direction we are heading in dairying in the US – it’s all about intensive systems, for years now that is the way it has been going.

“I’m fourth generation farming here and I think there is a pretty good chance I will be the last,” he said. 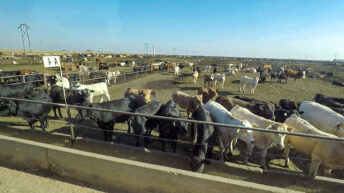