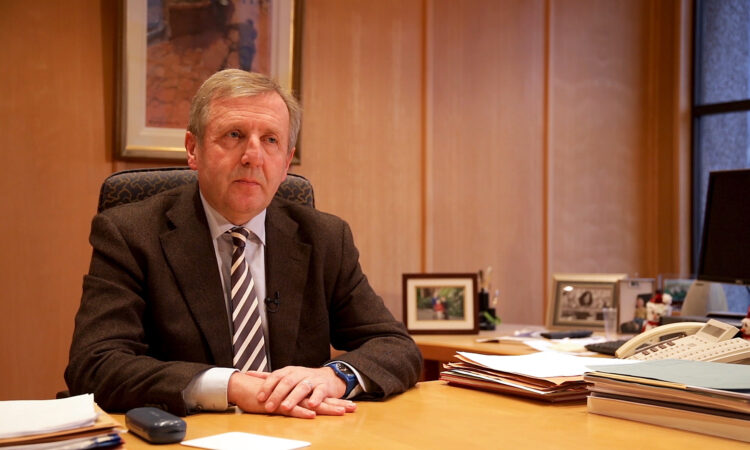 Minister Michael Creed has announced that the international aid expenditure for the Department of Agriculture, Food and the Marine will be over €28.5 million this year.

The department is the main link between the Irish programme and the UN’s various food aid programmes.

My department leads Ireland’s cooperation with the UN’s leading food agencies – the World Food Programme (WFP) and the Food and Agriculture Organisation (FAO) – in their work towards the sustainable development goal of zero hunger by 2030.

The payment is largely made up of a €25.3 million contribution to the WFP, under a three-year strategic partnership agreement, in place from 2019 to 2021.

David Beasley, the executive director of the WFP, expressed his thanks to Ireland, saying: “The WFP is grateful to Ireland for its flexible funding contributions, which allow us to reach some of the most vulnerable people in the world.

“WFP enjoys a strong partnership with Ireland, and we look forward to continuing our work together to combat global hunger and deliver the sustainable development goals,” Beasley added.

Minister Creed also announced funding of €1.1 million for specific projects under the FAO, in addition to Ireland’s standard contribution to the FAO of €1.4 million.

These projects have a focus on climate change and agriculture projects; agri-food innovation; a project on rural women’s economic empowerment; and work on sustainable food systems.

As well as all this, a payment of €1.3 million was made under the Africa Agri-food Development Programme (AADP), which is operated by Minister Creed’s department and the Department of Foreign Affairs and Trade.

“In a global context, Ireland has a long record of leadership on development issues. We have contributed to development policies and targets at the UN, and with our partner countries throughout sub-Saharan Africa and Asia. This reflects on our background as a people,” Minister Creed said.

I know that the Irish farming community in particular feels a deep empathy with the challenges faced by farmers in developing countries.