Record funding awards of €2.9 million have been announced for 106 animal welfare organisations throughout the country, with payments to be made with immediate effect.

Making the announcement, Minister for Agriculture, Food and the Marine Michael Creed highlighted that the funding is the largest ever allocation of funding by the Department of Agriculture to animal welfare organisations.

“The Government is committed to promoting and advancing the standards of animal welfare in our society and the organisations in receipt of today’s funding, together with their staff and volunteers, provide great support and commitment to protecting surrendered, abandoned and at-risk animals,” the minister said.

It was also revealed that new legislation is being introduced on the sale and supply of pet animals, with the minister publishing a voluntary Code of Practice for Sellers and Suppliers of Pets.

Under this, anyone selling or supplying more than five pet animals in a given year must register with the Department of Agriculture.

All advertisements of pet animals must include certain minimum information about the pet and the seller or supplier, including in respect of dogs its microchip number.

The code contains guidelines on animal welfare and also addresses public health concerns; for example, the need for good hygiene when handling animals, and the potential risk to the health of children associated with contact with reptiles.

The new legislation covers the online advertising of pets for sale or supply, and introduces more traceability, especially where dogs are concerned, by requiring advertisement for those pets to include the microchip number of the animal.

Finally, the minister reminded the public of the Animal Welfare Helpline.

“The helpline continues to play a critical role in the follow up of concerns raised by citizens regarding animal welfare matters,” he concluded. 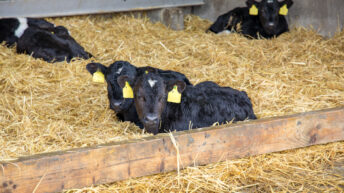