Farming 62.5ha in Moygownagh, north Mayo, Padraig Staunton has changed the direction in which his dairy enterprise operates.

With 67 Holstein Friesian cows due to pass through the parlour this year, the Mayo-based farmer has placed a major emphasis on maximising milk production from grass.

Although only in the formative stages of this transition, he told farmers at a recent Aurivo Farm Profitability Programme farm walk that he has “already seen the benefits in the bulk tank”.

As part of the programme, Padraig has set a number of goals to make his business more profitable.

Telling his story, Padraig said: “We milked 55 cows last year and we will go up to 67 this year. 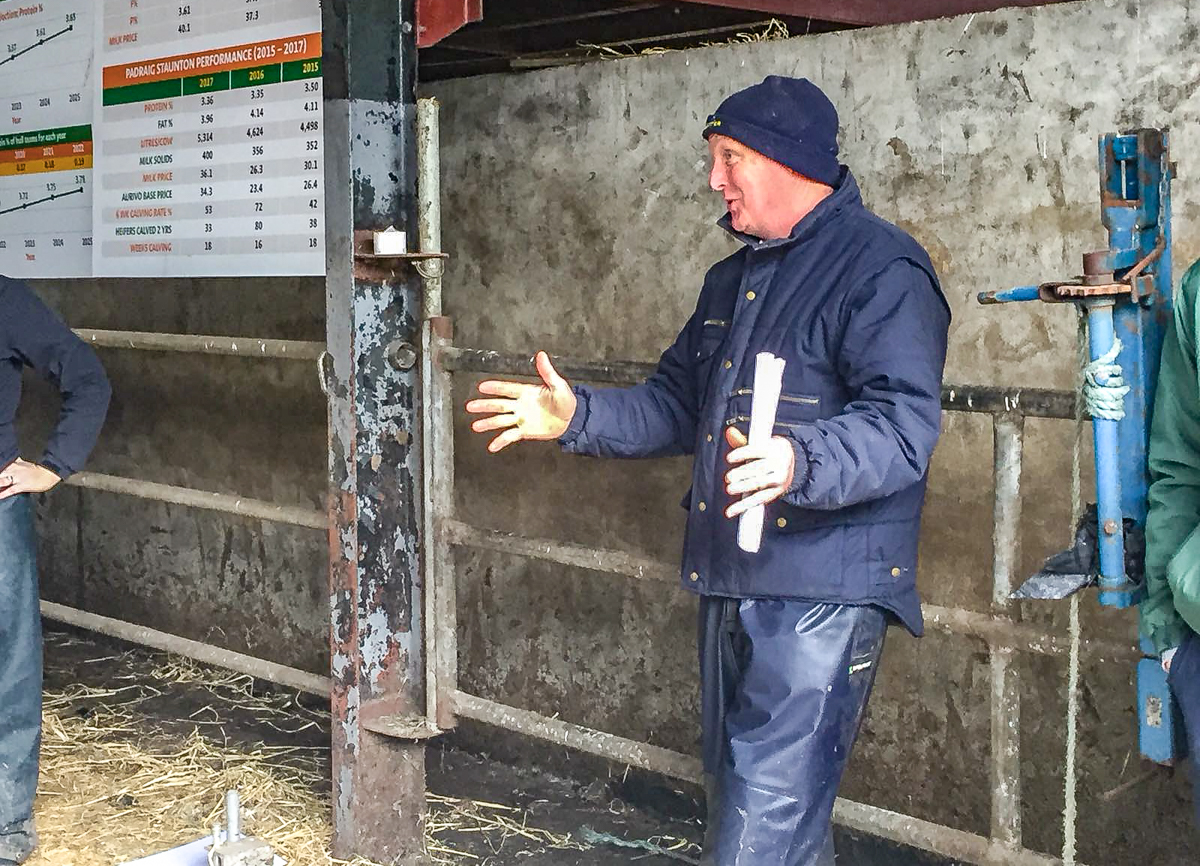 “In years gone by, we never would have had the cows out early in the year; but I can really see the benefits this year in terms of protein and cow body condition score.

When it comes to getting cows out to grass, Padraig sees grazing infrastructure as being “critical” to maximising utilisation and limiting damage.

“You need to back fence. I find you’ll do a lot more damage by letting cows back over grazed ground; back fences are critical,” he said.

A challenging spring and production

Despite experiencing a number of benefits from getting cows out to grass early, conditions deteriorated on the farm over recent weeks and the cows have been housed full time for the past 21 days.

Grass growth rates are low – about 20kg/ha/day over the past week – and ground conditions have made it impossible to get cows out on to the platform (stocked at 2.12 cows per hectare).

While housed, Padraig’s cows are on 6kg of ration, ad-lib silage (68% dry matter digestibility) and 2.5kg of beet pulp. The latter was included to boost the diet’s energy density. 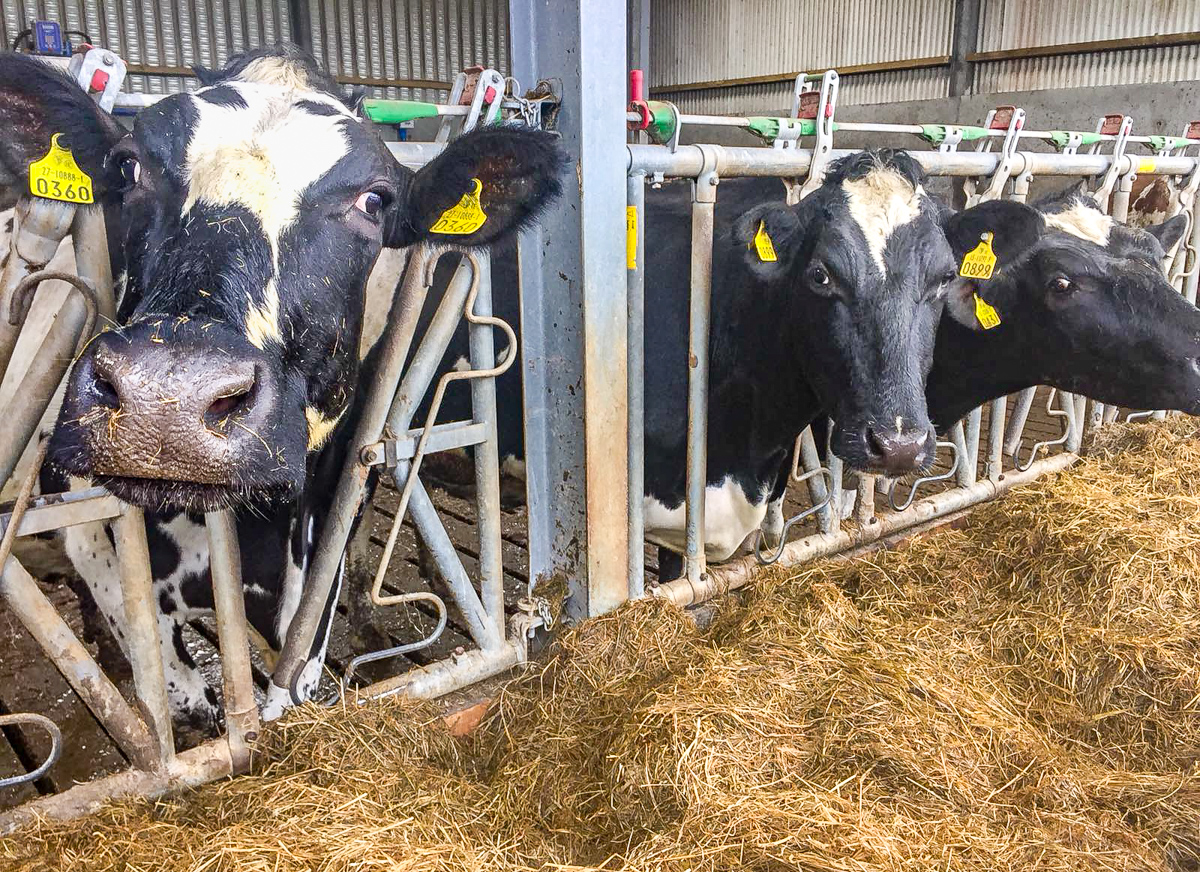 With the cows returning to full time housing, protein production has been hampered and it currently stands at 3%; daily yields of milk, fat and milk solids are standing at 23.5L/day, 4.2% and 1.7kg/day respectively for the 56 calved cows on the farm.

Last year, Padraig’s herd produced 420kg/cow of milk solids from a meal input of 900kg/cow. When it comes to milk quality, Padraig said: “I have been strict on somatic cell count (SCC) over the past number of years and I put a lot of work into getting it right.

Breeding – focusing on the EBI

Along with focusing on getting cows out to grass earlier, Padraig has also placed a major emphasis on breeding the next generation of cows through the use of the EBI (Economic breeding Index). Currently, the herd average EBI stands at €57.

In addition, to help bolster the herd’s EBI, 12 heifers (six in calf and six maiden) were purchased in 2017.

Breeding is set to kick off in two weeks and, along with Teagasc’s Donal Kelly, Padraig has identified a team of high-EBI Holstein Friesian sires to use. 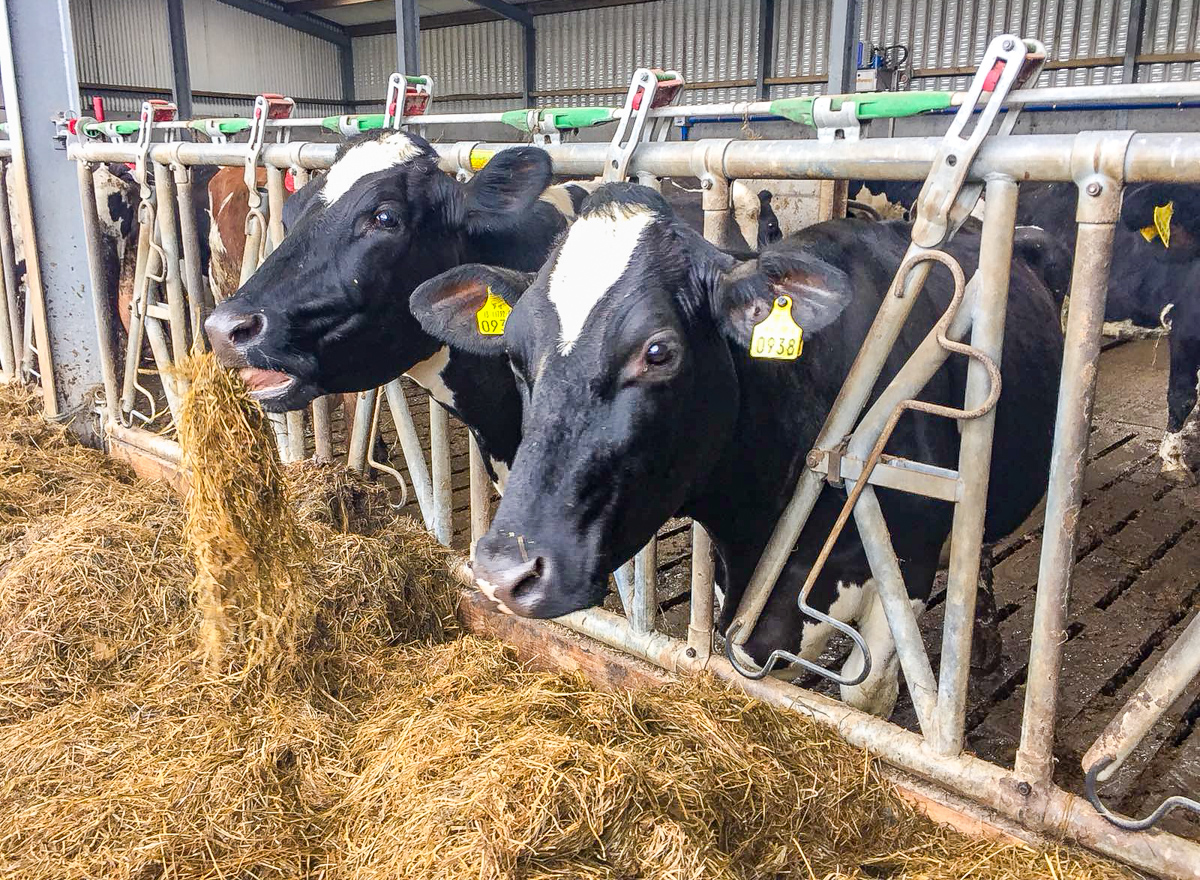 The bulls within the team have an average EBI value of €267 and a major focus has been placed on the fertility sub-index (€88).

Selection criteria has also been placed on the cows. Only those with an EBI above €135 will be mated to dairy bulls; anything below this will be mated to beef sires, along with poor-performing cows within the herd.

With this, along with implementing a strict 12-week breeding season, Padraig hopes to raise the herd’s six-week calving rate from 67% up closer to 90%.

Padraig also aims to milk record at least four times throughout this season. On this, he said: “I think it’s crucial. I will be able to identify the under-performing cows when it comes to solids production.

“It’s the same work milking cows with poor-quality milk as it is milking those with high-quality milk. That extra c/L will prove very important in a poor milk price year.” 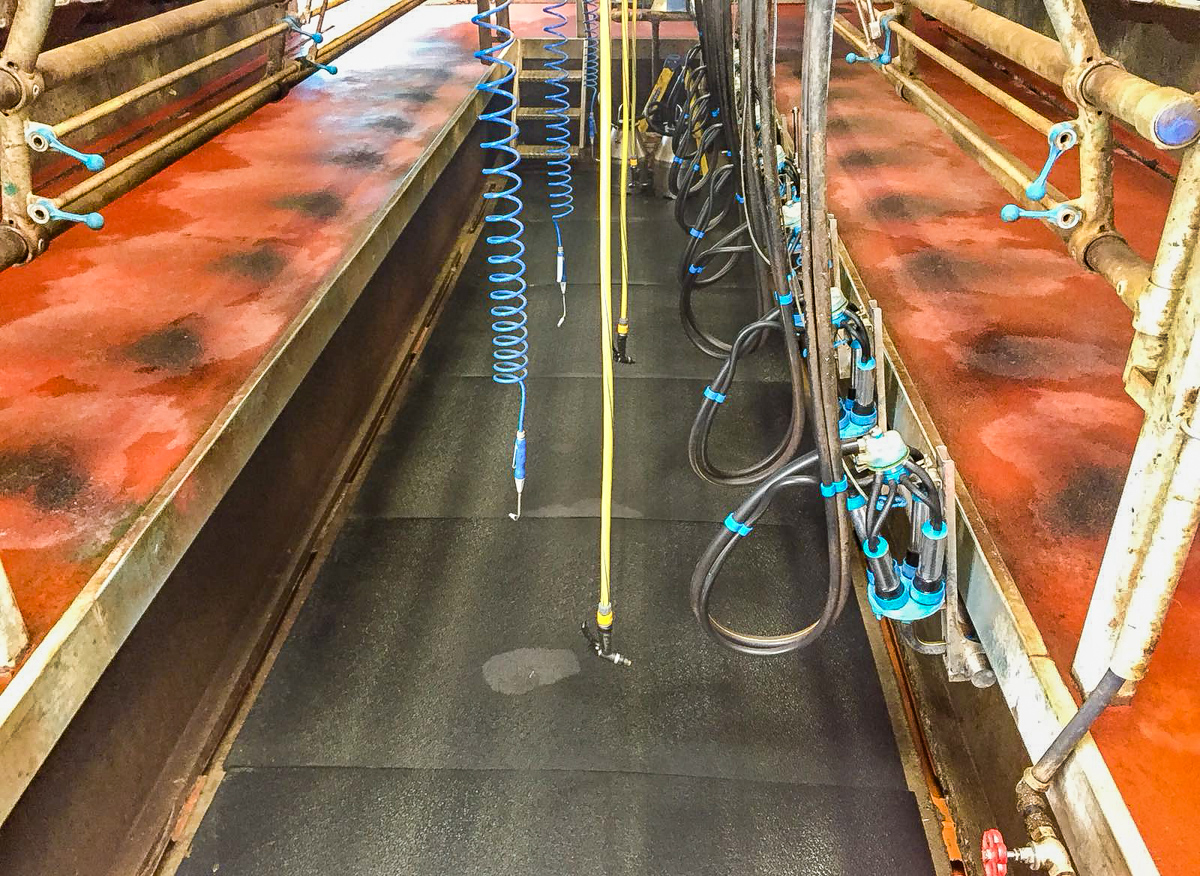 Although Padraig has increased cow numbers, the aim is to increase grass production from the milking platform to ensure that additional concentrate inputs are not required to feed these animals.

This additional grass growth will be provided by improving soil fertility, reseeding and undertaking drainage works.

As it stands, only 2% of the farm is at optimum levels for pH, phosphorous and potassium. To resolve this, a simple fertiliser programme has been developed, which will provide the platform’s soils with the necessary nutrients.

A 12ac block – running alongside the milk platform – has also been earmarked for draining. Padraig described this paddock as being “very wet”. 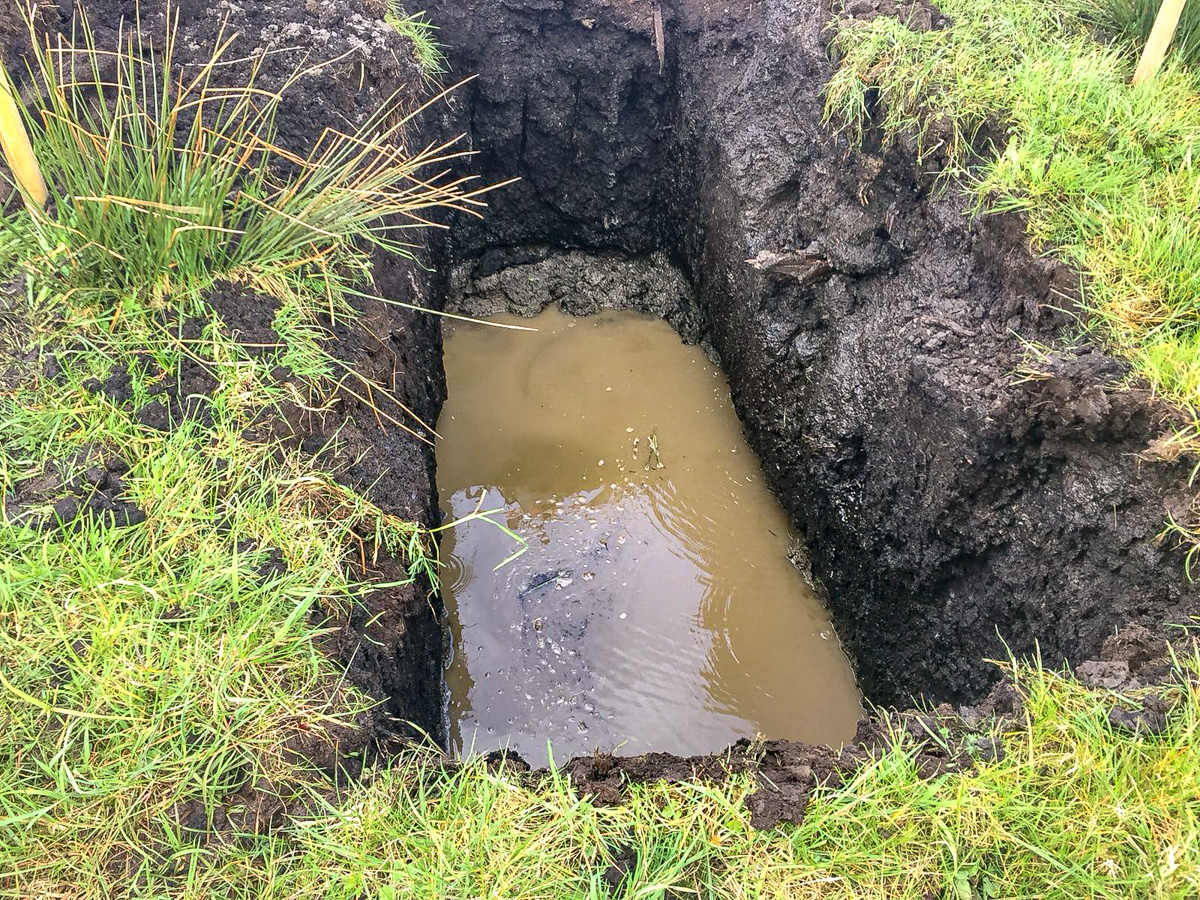 Previously, he had attempted to drain this ground to limited success; but with the help of Teagasc’s James O’Loughlin, he has decided to install deep drains – at approximately 20m apart – later this year.

The installation of this drainage system – including groundwork, pipe and stone – will come in at approximately €4,000-5,000/ha. 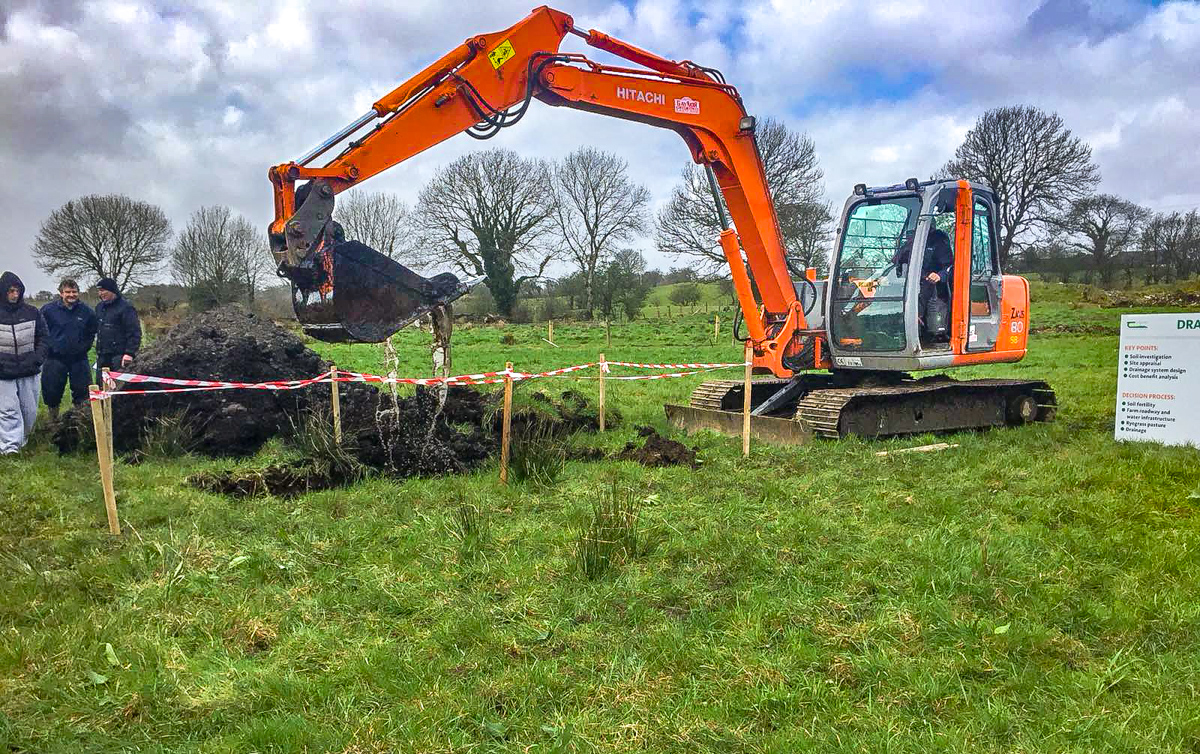 But, giving it’s proximity to the milking parlour, Padraig feels it is a worthwhile investment.