Farmers got to see some of the latest advancements in cultivation technology up close and personal at last week’s Crops and Cultivation event in Oak Park.

There were numerous working demonstrations at the event showcasing how each machine cultivated and sowed seed. A variety of tractors were out in force to put the various implements through their paces.

The high-spec machine, pictured below, has individual seed flow sensors on each pipe, allowing you to tell if seed/fertiliser is flowing or not. This, for example, would help identify a blockage.

Other extras include: track eradicators; emergence markers; and heavy-duty levelling paddles. These level the seedbed ahead of the coulters.

The seed drill can be calibrated electronically and wirelessly using iPad technology. Some 2t of fertiliser and 1t of seed can be accommodated. 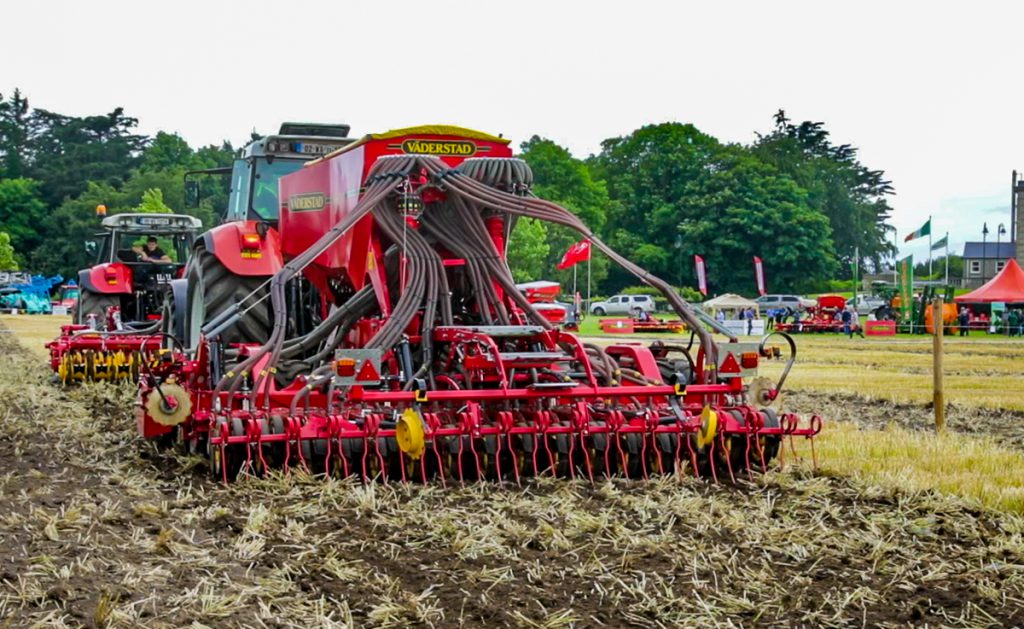 It was noted, at the open day, that the machine can handle slug pellets, grass seed and cover crop seeds.

A Kuhn Cultimer L 300 was demonstrating its abilities at last week’s event in Oak Park.

This demo model had a working width of 3m, along with depth control.

“The 80mm carbide points are grooved. This means that when the cultivator is in operation, the soil stays on the point. There is soil-on-soil wear consequently, as opposed to point wear,” Kuhn’s Killian Griffith said.

The points are on the legs and there are 10 of these on a 3m machine. There is also a row of levelling discs, which can be independently adjusted. Finally, the rollers “consolidate” the surface.

Demand for this machine stems mainly from tillage farmers and Griffith explained how it is a “real min-till option”.

In order to control weeds such as blackgrass, this cultivator can be used for three years, followed by ploughing for one year.

Kuhn says that it can work from a 2in depth right down to 12in. 800kg of pressure is applied to the tine points, allowing for “good cultivation on the trickiest of ground”. 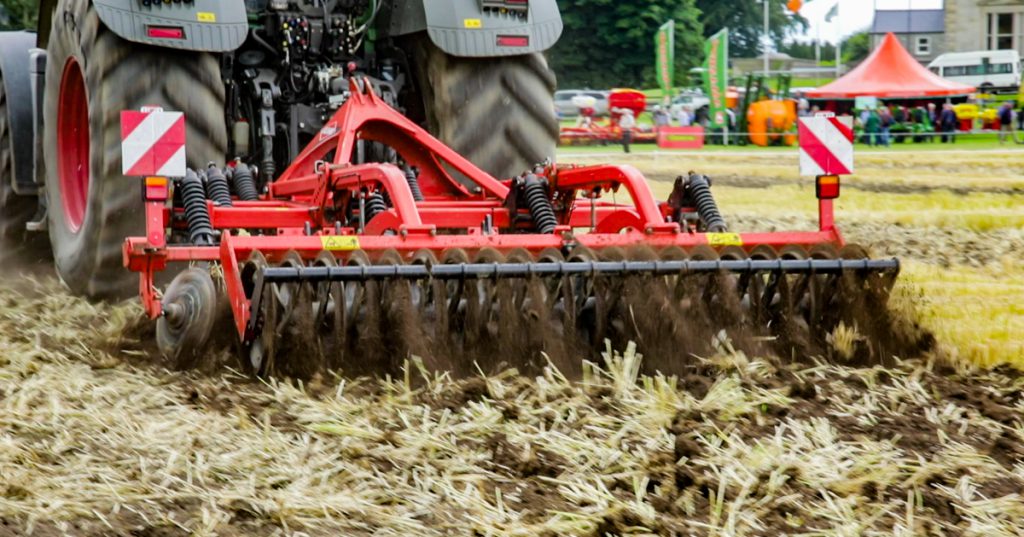 This cultivator (in its highest-specification guise) carries an asking price of €17,000 (excluding VAT).

It has a variety of uses including:

The tank is split 60:40 and the separate compartments can be calibrated to apply separate rates.

Both the seed and fertiliser flow down the same chute.

It is important to note that letting too much fertiliser down the chute during very dry conditions can cause scalding of the seed below the soil, as both are in contact with each other.

The packer wheels on this implement are 400mm wide. It is ISOBUS compatible. 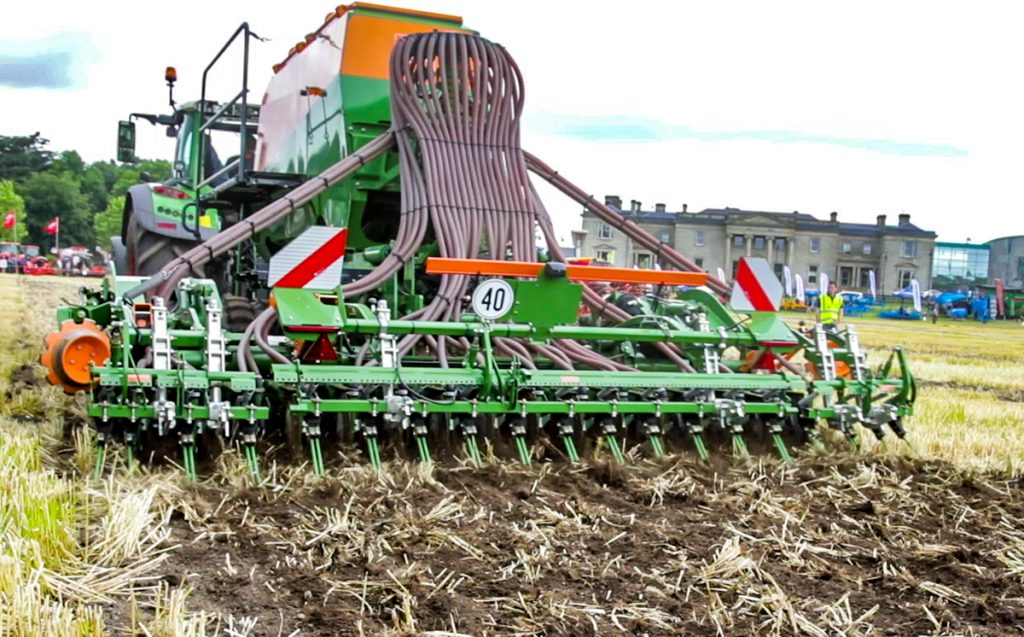 This grain and fertiliser system carries a price tag of €57,500 (excluding VAT); it is aimed at contractors and large-scale Irish tillage farmers. 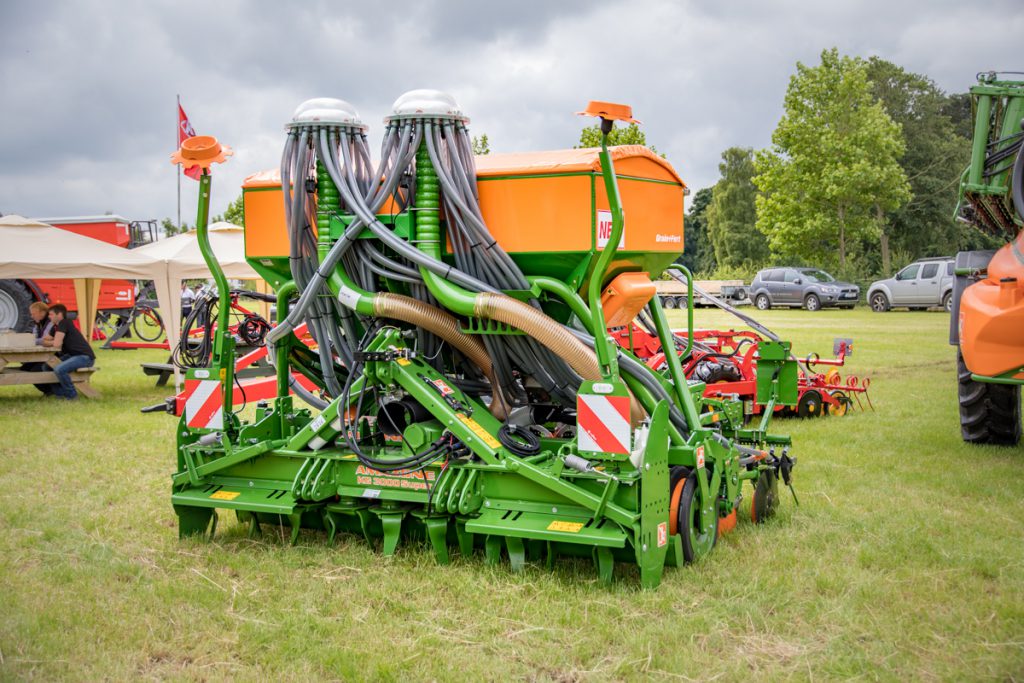 The set-up incorporates a 3m power harrow and a 2,000L air (pneumatic) drill. Fertiliser can be applied whilst seed is being sown – simultaneously.

The drill does not apply fertiliser along tramlines, helping to reduce waste. Coulters can be set to apply up to 55kg of pressure, which is achieved hydraulically.

According to Farmhand Sales Support Manager Val McAuley, this rig costs €9,000 more than the grain-only version.

Also featuring at Crops and Cultivation 2017 was a Grimme root crop (including potatoes) harvester.

The GT 170 S can harvest two rows of crops at once. In addition, the S version is fitted with an intake web for heavy conditions, compared to the standard GT 170 model. 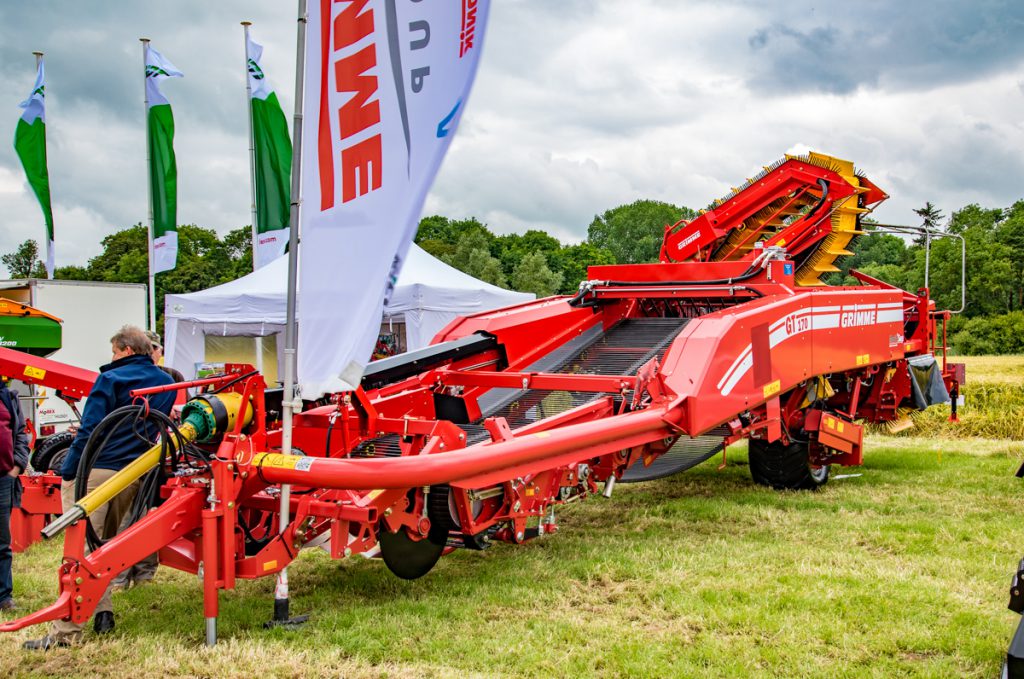 “You really need to be harvesting over 400ac/year to make this machine pay,” a Grimme spokesperson said at last week’s event.

Grimme’s Michael Hutchison said: “There are so many specs out there. You can get different webs and cleaners attached.

The machine can harvest carrots, potatoes and turnips.

According to Hutchison, Grimme might sell two or three of these machines every year – demand stays the same for these harvesters. He added that self-propelled harvesters are more popular.

Video: Check out all the action from Crops and Cultivation 2017

'Next generation' machinery on show at Crops & Cultivation 2017