Crop enthusiasts from home and abroad turned out to Teagasc Oak Park, which played host to the ‘Crops & Cultivation 2017‘ event.

Prayers were answered as rain held off for most of the day at the Carlow venue today (Wednesday, June 28).

Both crop walks and machinery demonstrations were front and centre at the event, with some industry leaders in attendance.

There was a varied range of machinery and technology present at the event, to draw the public’s attention.

Amazone launched its new plough – the ‘Cayros XM‘. A demo unit was present at today’s event in the south-east.

Stephen Scrivener of Farmhand – Amazone’s Irish distributor – said that these ploughs will enter series production by the year’s end.

He said: “A market price has not yet been finalised.” 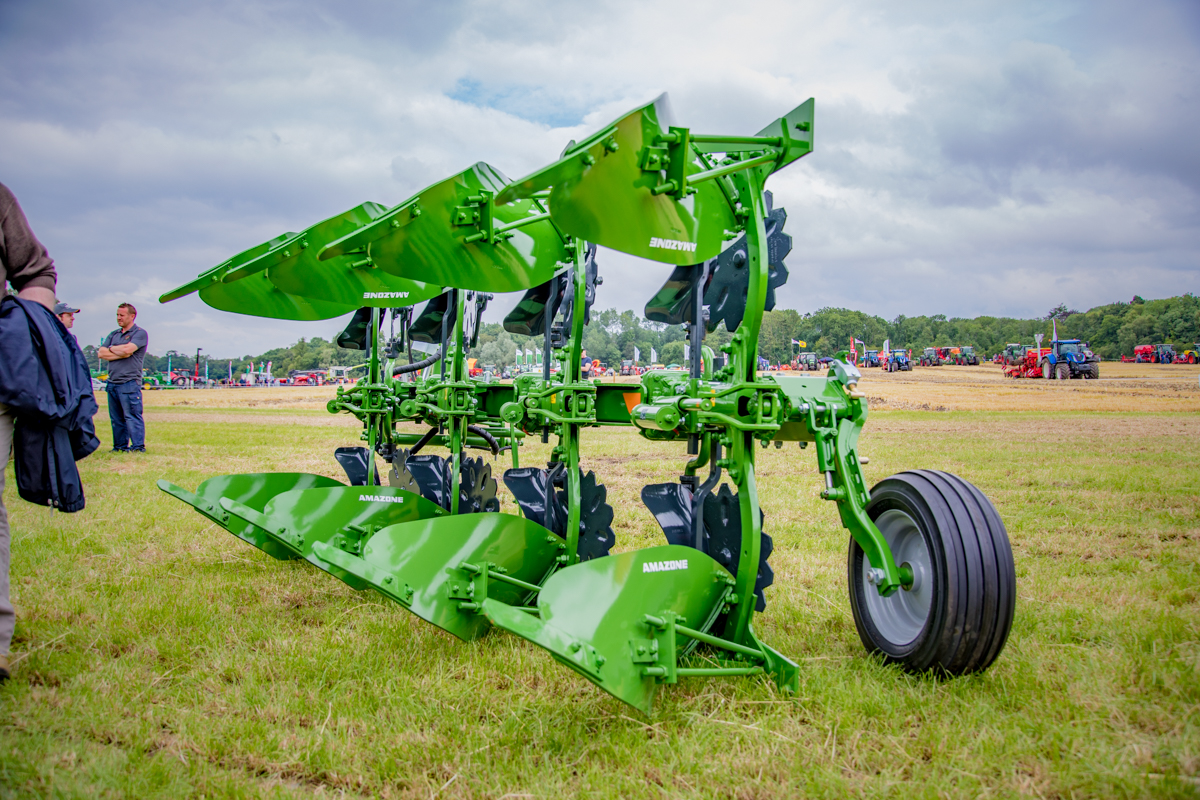 The plough at the event was a four-furrow reversible. It is described as a “farmer-affordable” unit. It comes with a 200hp-rated headstock.

A 30t chaser bin from Cross Engineering – based in Rathangan, Co. Kildare – also featured at the event. This machine was designed as both a chaser bin and a drill filler.

The company’s Mark Cross said that the bin is split, so it can accommodate both fertiliser and seed simultaneously.

“During harvest, both augers can be used for unloading into lorries,” Cross explained. 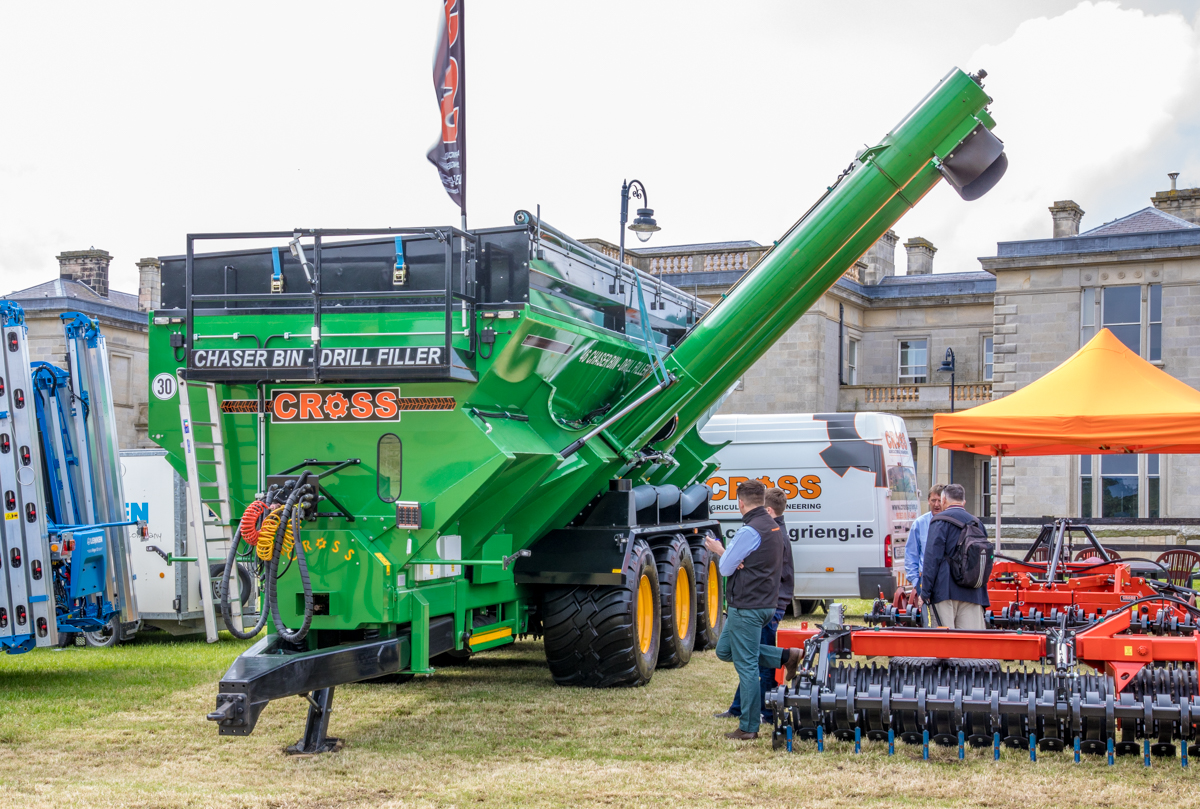 Displayed by Anner Agri Farm Machinery, the FN verge mower is capable of cutting weeds such as rushes. However, this machine’s speciality is its ability to also cut hedges vertically.

Anner Agri’s John O’Donnell spoke highly of the machine, saying: “The mower is able for both heavy and light material – and can cope with stones. It will withstand a mountain of abuse; it will even cut furze bushes.”

The implement typically operates at 5mph. It costs €7,000 plus VAT.

The German-built telescopic handler is a popular choice among dairy farmers, according to Hegarty.

The machine is fitted with a 122hp engine. It can lift 3t and has a reach of 5m.

“It’s a simple enough machine to operate; it has a 2-speed hydrostatic transmission. The cab can be tilted over for servicing,” Hegarty explained.

He also added that the machine has a 150L/min hydraulic system. Maximum road speed is 30kph. 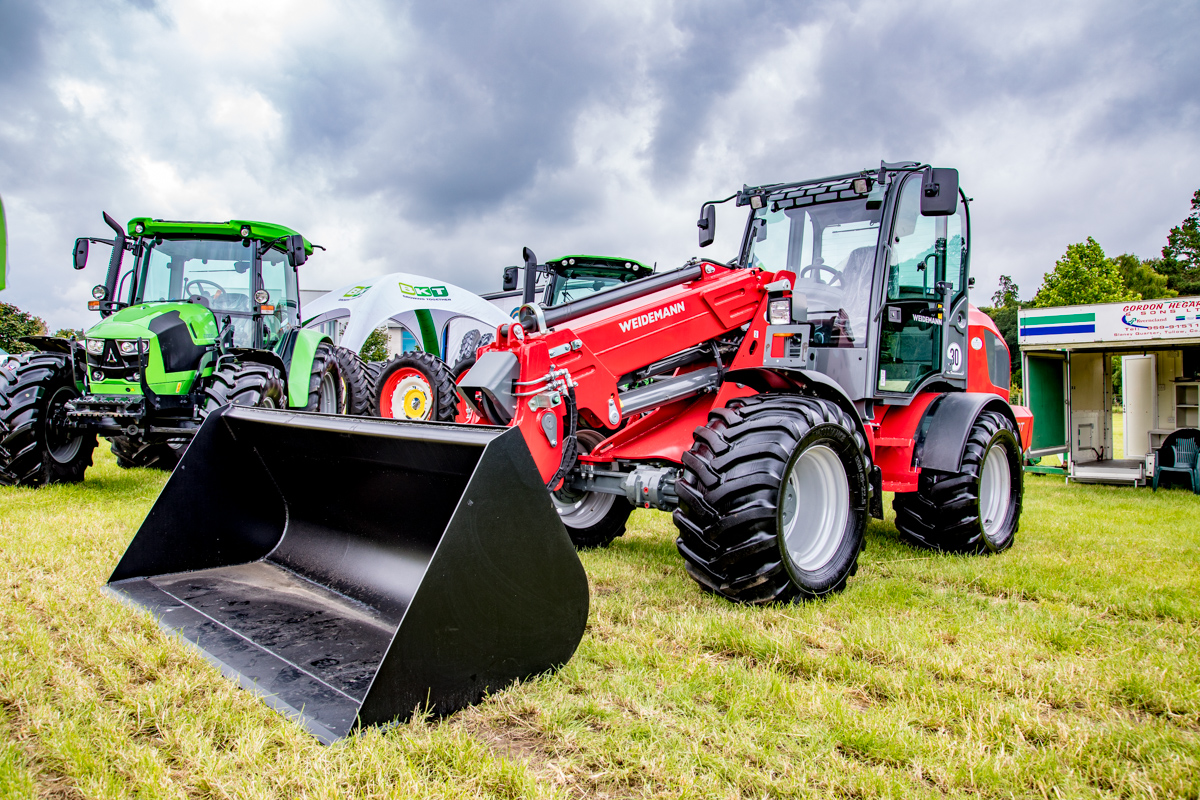