The Preh vision of an “intuitively-operated” driver’s workplace for agricultural machinery certainly has a striking design. It consists of a double-display unit and a console with a greatly-reduced number of switches – thanks to the use of the latest technology.

The double-display unit is shunted to the left after the driver has taken his or her seat. This, claims the company, results in an “ergonomically ideal” working position.

To the right of the driver’s seat is a two-way ‘drive lever‘ – with noticeable corners and edges. It, says the firm, fits “ergonomically and perfectly” into the hand. A mini-touch sensor, integrated into the surface, can be operated by your thumb.

Among other things, it controls the 7in display to the left of the ‘drive lever’. 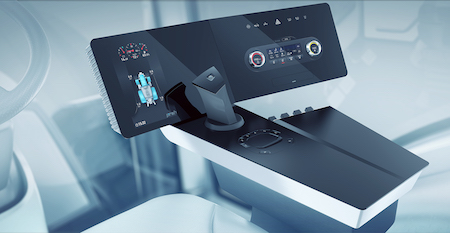 In the right half of the double-display unit is a touch-type user interface; it can be configured (for various functions) by the driver.

The clever bit here is that if you press your finger on the surface to select a function, you get noticeable haptic feedback – much like pressing a conventional switch.

Michael Jendis, director of the Commercial Vehicle (HMI) division at Preh GmbH, explained: “We want to bring the future potential of the latest control technologies to our customers in a practical fashion.

“We have therefore presented the latest innovation from our advanced development in the form of a concept study, which enables new ways of selecting functions to be tested directly.

With a special actuator unit, we can create high-quality and robust haptic feedback, which is compatible with the control systems and touch-screens.

In addition, there are two rotary adjusters on the touch-screen; these were designed as rotating rings so that, in the middle, the driver can look directly at the corresponding representation on the screen.

These rotating rings are designed with defined ‘detents’. In principle, they can be positioned at different numbers – at any point on the surface in a “flexible” manner.

The console’s armrest is equipped with a “universal” control element. It has touch-pad functions, as well as various freely-programmable switches in a closed surface. It also offers haptic feedback.

However, this future-orientated concept also retains “proven” innovations. Under the display unit on the right, for example, proportional switches for the hydraulics (based on a “classic control panel family”) have been integrated.

Jendis explained: “At Preh, we do not design new things from scratch just for the sake of it. Instead, we consciously rely on existing solutions with ergonomically-optimal properties, which we combine with the latest technical approaches wherever it makes sense.

“In other words, we design new things wherever we find potential for improvement.”

Preh works with major players in the agricultural machinery business. It, for example, is the entity behind John Deere’s in-cab ‘MegaPod’ (pictured below). This will be recognisable to many operators of modern John Deere tractors. 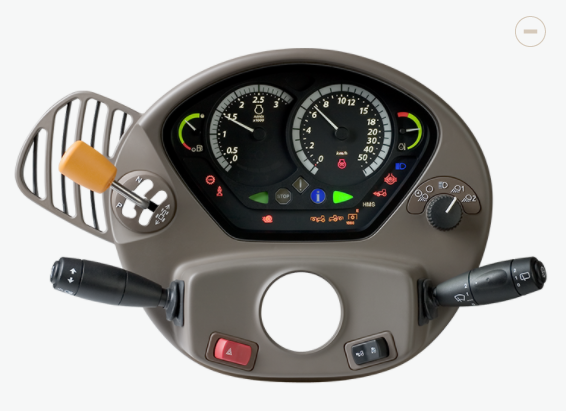 Preh is also the company behind the Claas multi-function lever/joystick (pictured below). It should look familiar to operators of its modern offerings. 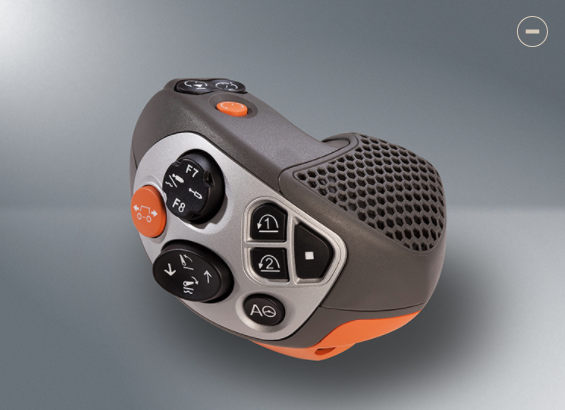 Preh also works with commercial vehicle manufacturers, including the likes of DAF, MAN and Daimler Truck.