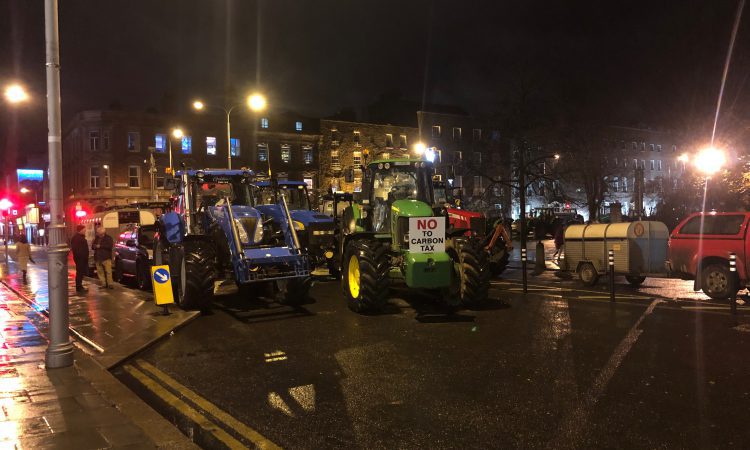 A number of “significant” road closures are in place in the south of Dublin city centre this morning, Wednesday, November 27, as a result of the ongoing tractor protest.

According to AA Roadwatch, St. Stephen’s Green east and north are closed along with Kildare Street and Dawson Street.

Leeson Street outbound is closed, but traffic can currently use St. Stephen’s Green South to go from Leeson Street inbound to Cuffe Street.

The Kevin Street/Cuffe Street stretch is closed due to traffic heading towards St. Stephen’s Green.

According to AA Roadwatch, the tractor protest has had no impact on M50 as of yet.

Almost 60 tractors and a number of 4X4s and trailers are currently blocking St. Stephen’s Green, just up the road from Agriculture House on Kildare Street.

AgriLand understands that five key individuals – that are said to be representing the group of farmers from across the country – met with a department official yesterday evening in a bid to arrange a meeting with Minister Creed.

It is understood that the farmers presented a letter outlining a list of eight demands that the group wants the minister to address.

These points include concerns on: sustainable family farm incomes; the convening of the Beef Market Taskforce; the implementation of a farmer-friendly climate change policy; and the appointment of a regulator to protect farmers. 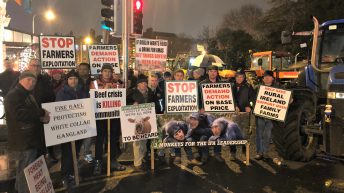