Chart: Which tractor brands are ranked the best…and worst?

A ‘European dealer satisfaction survey‘ has turned up some interesting findings; in which major tractor manufacturers have effectively been ranked against several criteria.

There is also an aggregate, overall ranking which pits the big brands head-to-head. 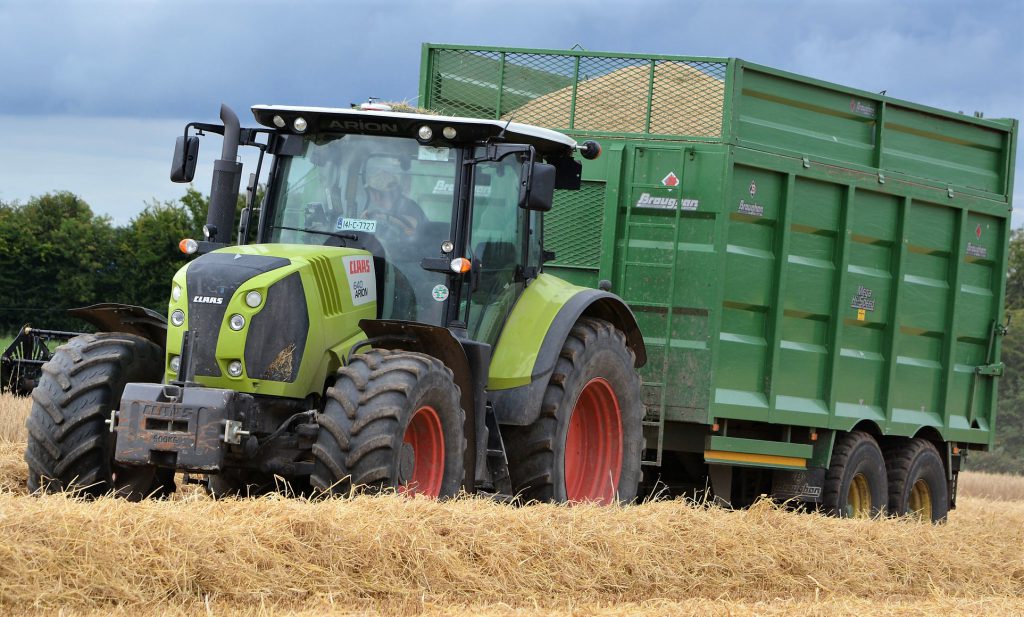 The data is from a CLIMMAR survey. CLIMMAR is a network of farm machinery dealers across much of Europe. It held a press conference last month, at the giant Agritechnica show in Germany, in which the figures were revealed. 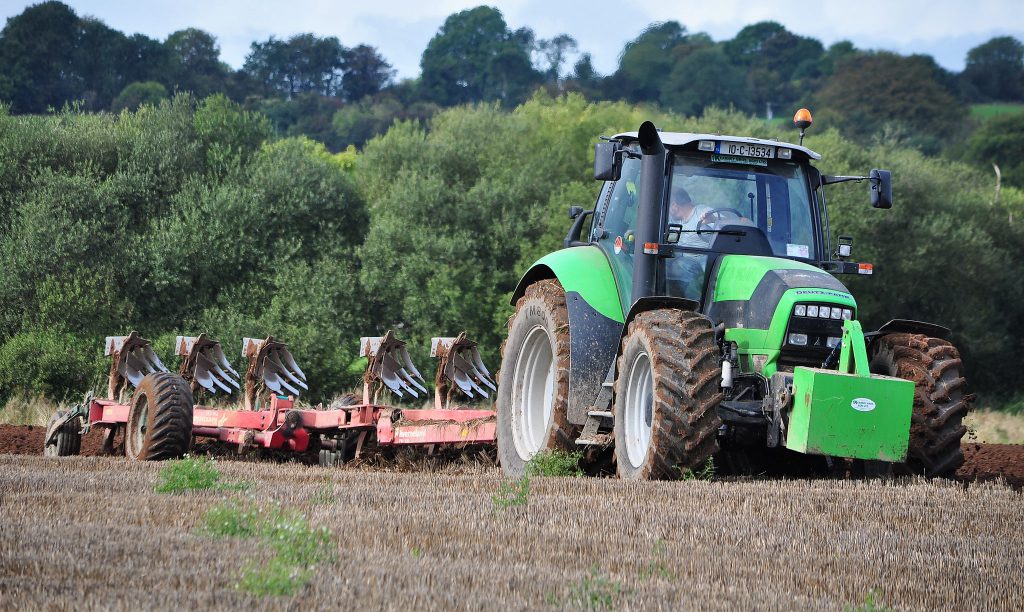 Brands were ranked across several criteria.

In the ‘brand image and impact‘ criterion, Fendt was still rated first – as was the situation in 2016. Next up was John Deere, followed by Valtra, Kubota, Massey Ferguson and New Holland in that order. 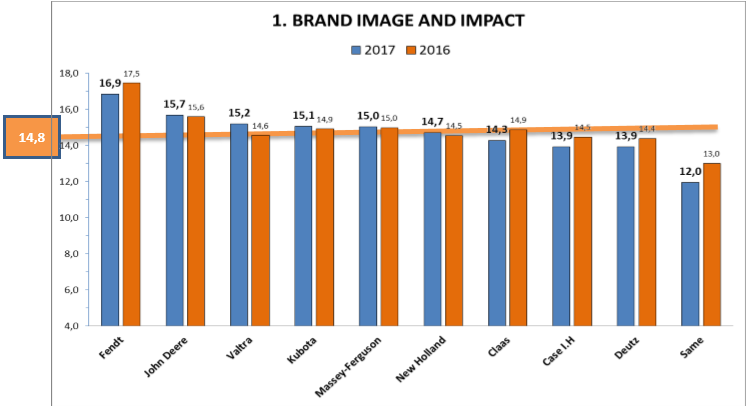 While broadly similar to the results obtained in 2016, there was some movement. Valtra showed the biggest improvement in its rating. While Fendt topped the list in both 2016 and 2017, its rating did decline somewhat in the interim. 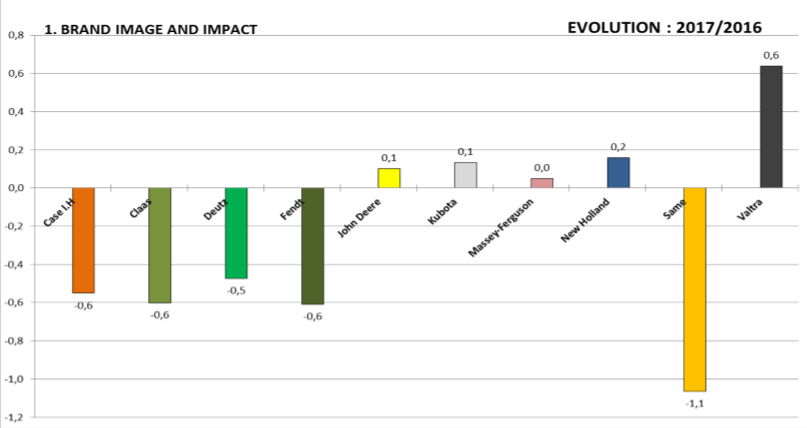 In the ‘training‘ criterion, Kubota came out on top – followed by Fendt, Claas, Massey Ferguson and New Holland in that order. 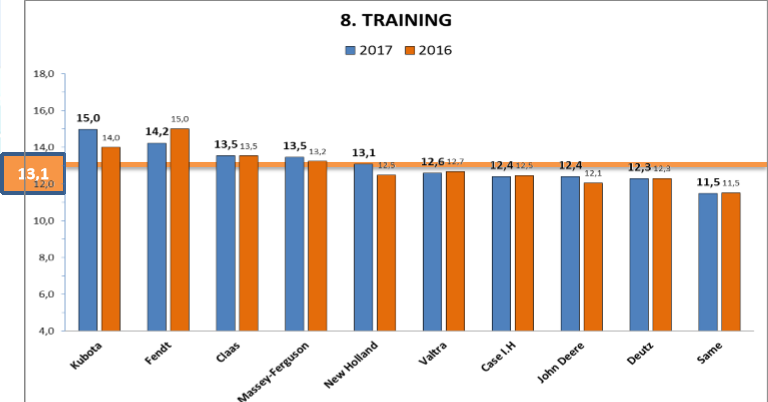 The big change – between 2016 and 2017 – was in Kubota’s ranking; it climbed significantly. Fendt showed the biggest decline – almost a reverse of Kubota’s rising fortunes in this category. 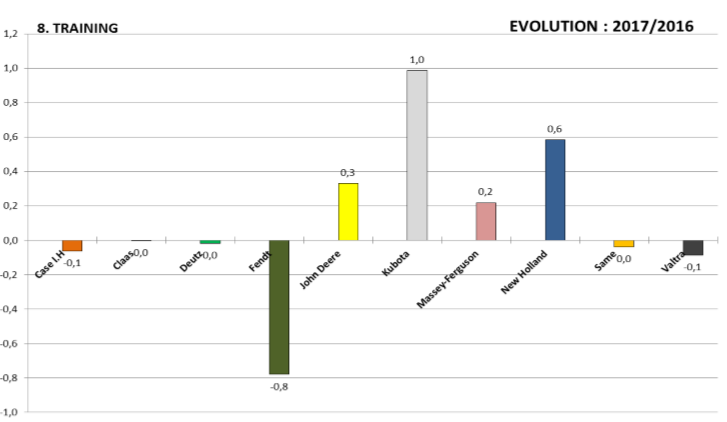 Kubota also performed well under the ‘manufacturer/dealer relations‘ criterion; it topped the list – followed by Fendt, Massey Ferguson, Claas, Case IH and Valtra in that order. John Deere and Same trailed the field in this category. 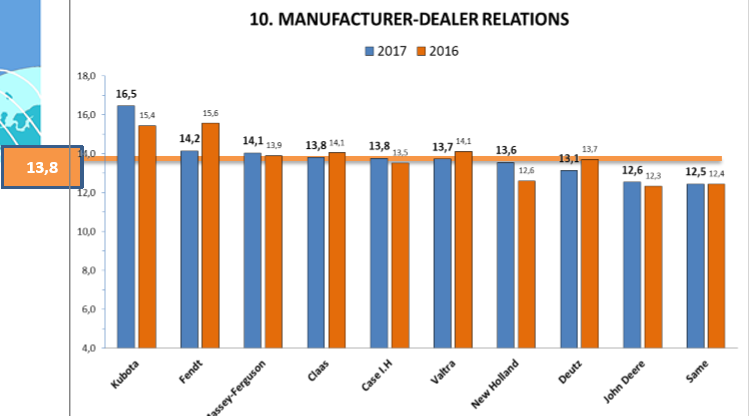 There was some movement in this category between 2016 and 2017; Fendt showed the biggest decline, while Kubota and New Holland witnessed the biggest gains. 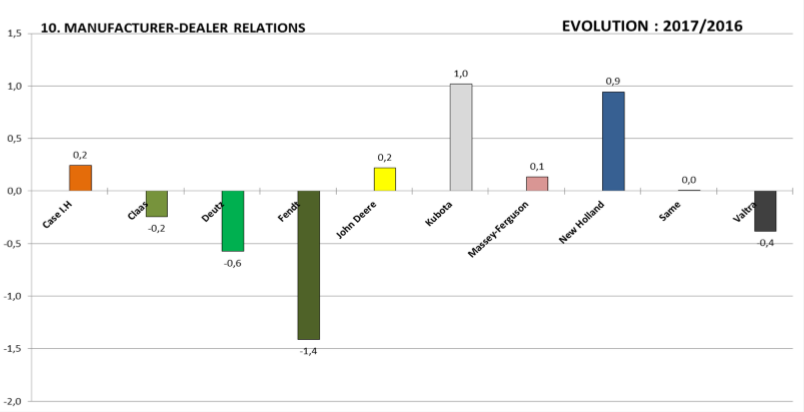 Data was compiled for all of the other criteria too. For the sake of brevity, we have not reproduced those graphs here. Instead, we are now skipping to the overall rankings – what CLIMMAR refers to as the ‘brand average‘.

In the overall ‘brand average’ rating Kubota has come out on top for 2017. Next up is Fendt – followed by Claas, Valtra, John Deere, Massey Ferguson and New Holland in that order. 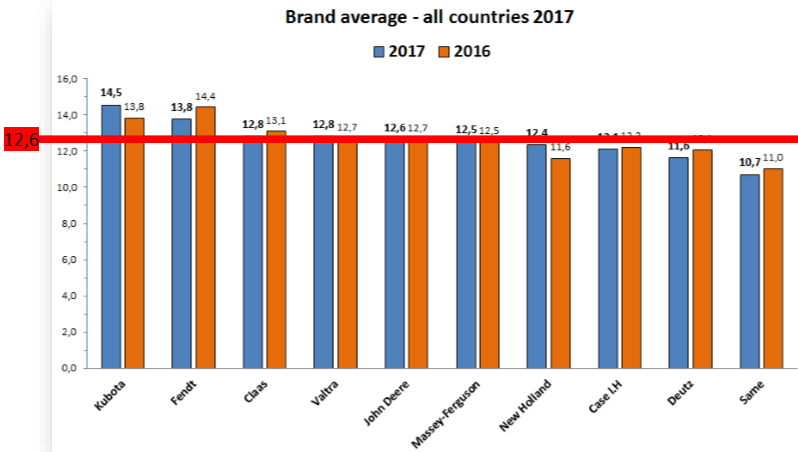 Looking at the changes between 2016 and 2017, New Holland and Kubota were the big winners – at the expense of Fendt, Deutz-Fahr, Same and Claas. The results for John Deere and Massey Ferguson – though showing some movement – were reasonably steady. 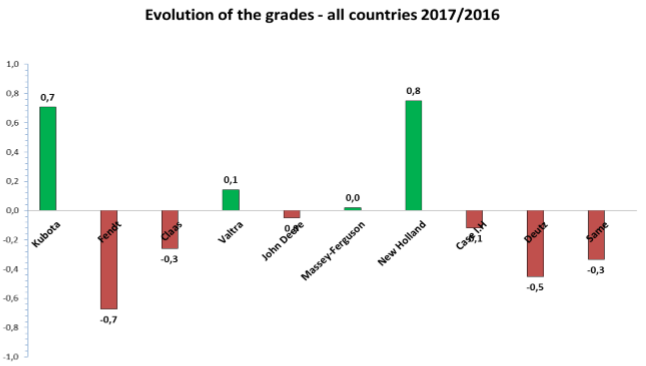 Who or what is CLIMMAR?

CLIMMAR is a European network of agricultural machinery dealers; it encompasses 16 national associations and their member companies.

Chart: Which are the top-rated tractor brands?