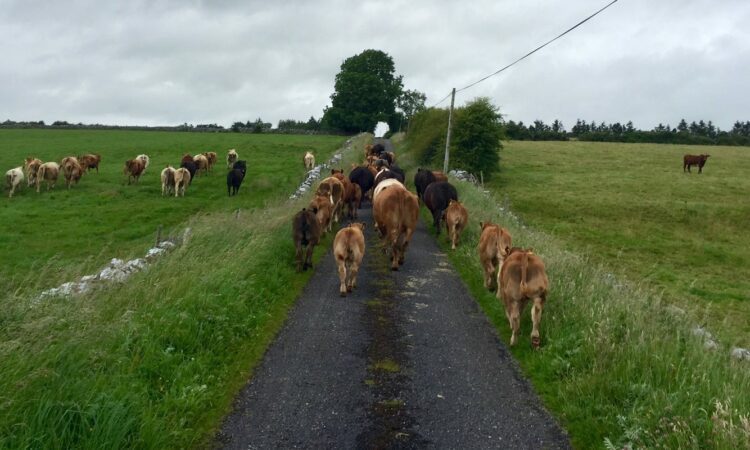 The weather is to remain changeable for the week ahead with scattered showers and sunny spells across the country, Met Eireann says.

Soil moisture deficits have improved with heavy falls of rain recorded on Saturday night, according to Met Eireann.

Today (Monday) will be mostly cloudy, with occasional outbreaks of rain and drizzle in most areas while more prolonged spells of rain will develop in places, Met Eireann says.

The rain will be mainly in the northern half of the country during the afternoon and evening it says, while there will be good dry intervals in the southwest, with a few bright spells.

Highest temperatures on Monday will be between 14 and 18 degrees.

There will be further outbreaks of rain in the north, some for a time in eastern parts however it will be mainly dry elsewhere, with clear spells developing and just a few isolated showers, Met Eireann says.

According to Met Eireann, tomorrow (Tuesday) will be brighter than Monday in most parts with some sunny spells however, there will be a good deal of cloud.

There will be scattered showers Tuesday, some of them heavy with a risk of thunder and there will be highest temperatures of 14 to 17 degrees in a light to moderate west to northwest wind, it says.

Many areas will become dry Tuesday night, with clear spells, but some scattered showers will continue along northern and western coasts.

There will be minimum temperatures Tuesday night between 7 to 10 C, in a light to moderate northwesterly breeze.

Looking to Wednesday, Met Eireann says that many areas will be dry with but scattered showers will occur and it will be cool with maximum temperatures between 13 and 16 degrees in a light to moderate northwesterly wind.

Thursday will start off with sunny spells with just a few scattered showers mainly in the north and northwest, it says and cloud will increase gradually from the Atlantic, bringing outbreaks of rain and drizzle, mainly across Connacht, Ulster and north Leinster.

It says the rain and drizzle will be very patchy in Munster and south Leinster, with many of these areas largely or completely dry and maximum temperatures will reach 18 degrees.

Met Eireann says that early indications for Friday and next weekend suggest that it will remain unsettled and mostly cooler than normal, with some rain at times, but also dry, bright intervals.