The month of May was extremely wet, cold and dull in places, according to Met Eireann, which reports that some parts of the country had more rain then they’d seen in 120 years.

It says that rainfall totals were all above their long-term average (LTA).

The highest LTA was 235% recorded at Malin Head in Dongeal, its wettest May in 123 years and its second highest total for May since records began in 1885, Met Eireann says.

The majority of remaining stations had their wettest May in six to 34 years, it says.

Temperature: many parts report coldest May in 19 years

All monthly mean air temperatures for May were below average and most stations in Ireland had their coolest May conditions in five to 19 years, Met Eireann says.

Mean temperatures ranged from 8.5 degrees Celsius at Knock Airport, Co. Mayo, its coldest May on record since opening in 1996 to 11 degrees at Cork stations at Roche’s Point and Sherkin Island, it says.

The month’s highest temperature was 20.1 degrees recorded at Phoenix Park on the May 23, it says.

Sunshine: totals for May were below normal

Sunshine totals were below normal for May with LTA values ranging from 59% at Knock Airport to 90% at Shannon Airport, Co. Clare, it says.

The months sunniest day was the May 13 at Valentia Observatory, Co. Kerry with 12.9 hours of sunshine.

The number of dull days (days with less than 0.5 hours of sun) were up to nine at Knock Airport, its highest for May since the station opened in 1996, it says. 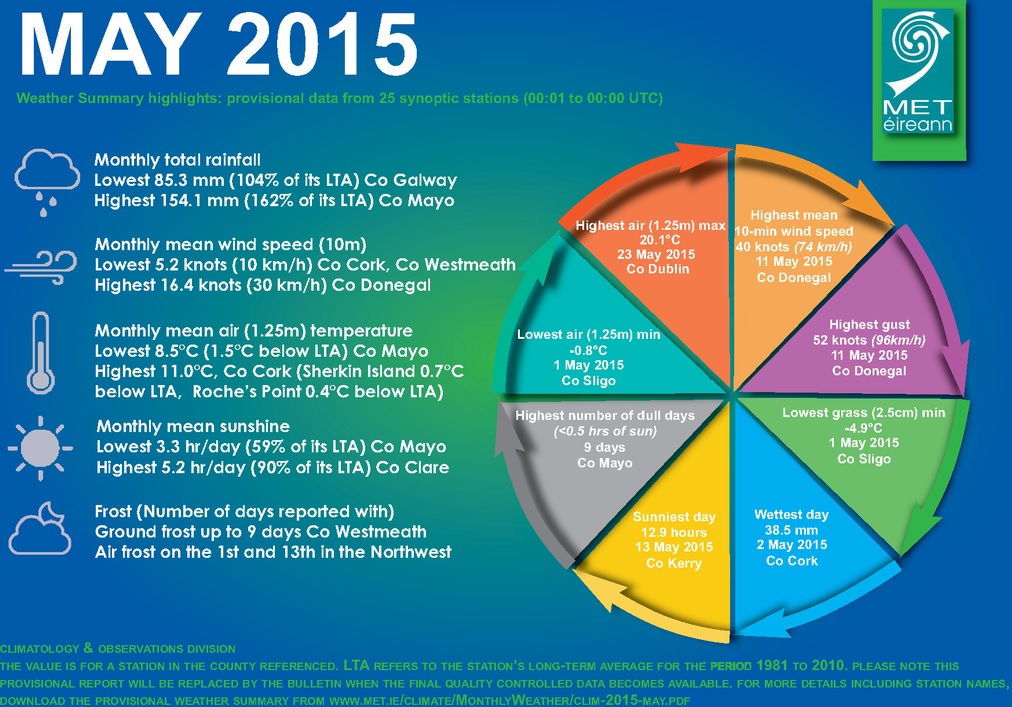 Rainfall in spring 2015 was mainly above average but it was drier than normal in parts, Met Eireann says.

LTA spring rainfall values were mainly on or above LTA apart from some parts of the south and in isolated areas in the west and midlands, it says.

The lowest percentage of seasonal LTA was at Mace Head, Co. Galway with 85% (226.1mm) resulting from below average rainfall during all three months of spring. 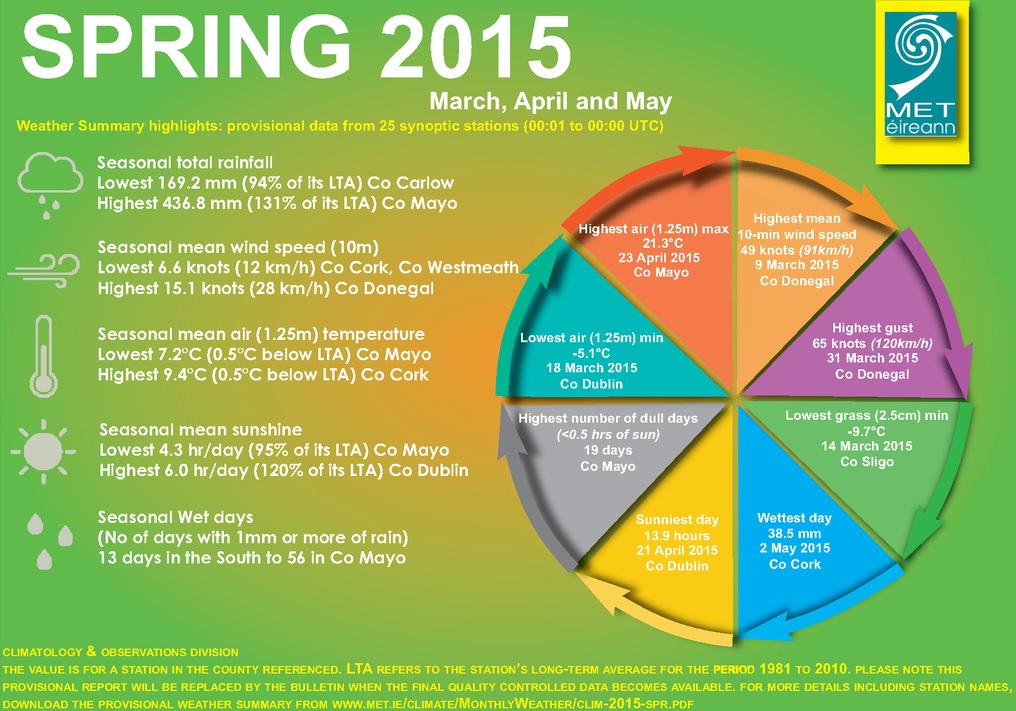